Interpretation of a dream about snake’s tail 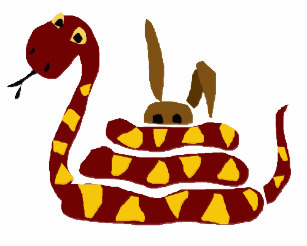 If you appeared to have snake’s tail in a dream, this image predicts some unexpected money. But more often, the serpent's tail symbolizes stupid behavior that brings a lot of suffering to others.

Moreover, if a snake’s tail has grown in dreams, you will take duties and responsibilities that you will have to perform solely alone. It is a good sign to see the tail fall off. This is a sign that you will safely find a replacement for yourself in a difficult case.

If a woman has a dream of a snake’s tail, she will have to give up something very valuable for her own good. However, later it will turn out that she was deceived in the most brazen manner.

The reptile itself seen in a dream can symbolize some evil, envy, the end of the stage, as well as wisdom and renewal.

If you were holding the snake by the tail you will control some unkind situation, an evil person or personal mundane instincts. 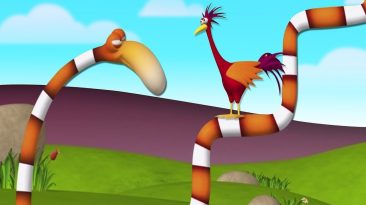 The dreambooks give interpretations for your actions with the snake’s tail:

Dream interpretation believes that you show heroism in very difficult and even extreme circumstances if you were holding the snake’s tail in your hands.

Seeing this part of the serpentine body in your bosom means that you deserve the reputation of a desperate and risky person.

Seeing a smooth snake’s tail the night between Thursday and Friday guarantees financial support in a difficult period.

Seeing a tail the night between Friday and Saturday is a bad sign predicting difficulties in love adventures because of lies or even betrayal of your partner.

Seeing this plot the night between Wednesday and Thursday is a sign that you will get into extremely constrained circumstances, and you will be able to get out of them with great difficulty.

If you suddenly stepped on snake’s tail in a dream, this is a signal that you should be careful in all the spheres of your life. Dream interpretation believes that the slightest mistake will cause fatal changes now.

A snake standing almost upright is a sign that your enemies have developed a plan for your destruction, but you will safely escape the danger.

It is worst of all to see your own body entwined with a slippery reptile and to feel suffocated at night. Such plot predicts that you will get unsuccessfully married or will break one of your limbs. The same plot, according to the dreambooks, hints at the intentional suppression of the will or voluntary captivity with passionate love.