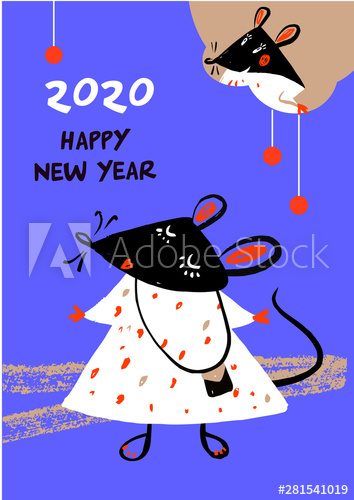 The legend says that about ten centuries ago Buddha invited all the animals and promised to reward them if they arrive on time. Everyone knows that the souls of animals are busy not with human ado; and the Eastern wise men consider that the essence of each animal lies in how he sleeps, looks for food, reproduces and follows the instinct of self-preservation. According to the legend, only 12 animals responded to the call of Buddha. They came to him in the following order: Rat, Ox, Tiger, Rabbit, Dragon, Snake, Horse, Sheep, Monkey, Rooster, Dog, Pig.

As a symbol of gratitude the Great Buddha gave them immortality and appointed each of them to one year of reigning. People born in a definite year are endowed with features and qualities inherent in psychology of this animal, the Chinese horoscopes think.

2020 will be the year of the White Metal Rat according to the Eastern calendar. This sign begins a new 12-year cycle of the Chinese horoscope and that is why the year of the Rat is considered to be significant for all signs of both the eastern and western zodiac signs.

White Rat will evaluate the merits of all the signs of the zodiac over the past 12 years and give everyone new tasks for the future cycle of the horoscope. It will be a year, in which it is necessary to outline plans for the next dozen years, to lay the route to a new beautiful and happy life.

According to the Chinese calendar, the New Year does not begin on January 1, as we are accustomed to, but on the second new moon after the winter solstice, so the celebration date is not constant. 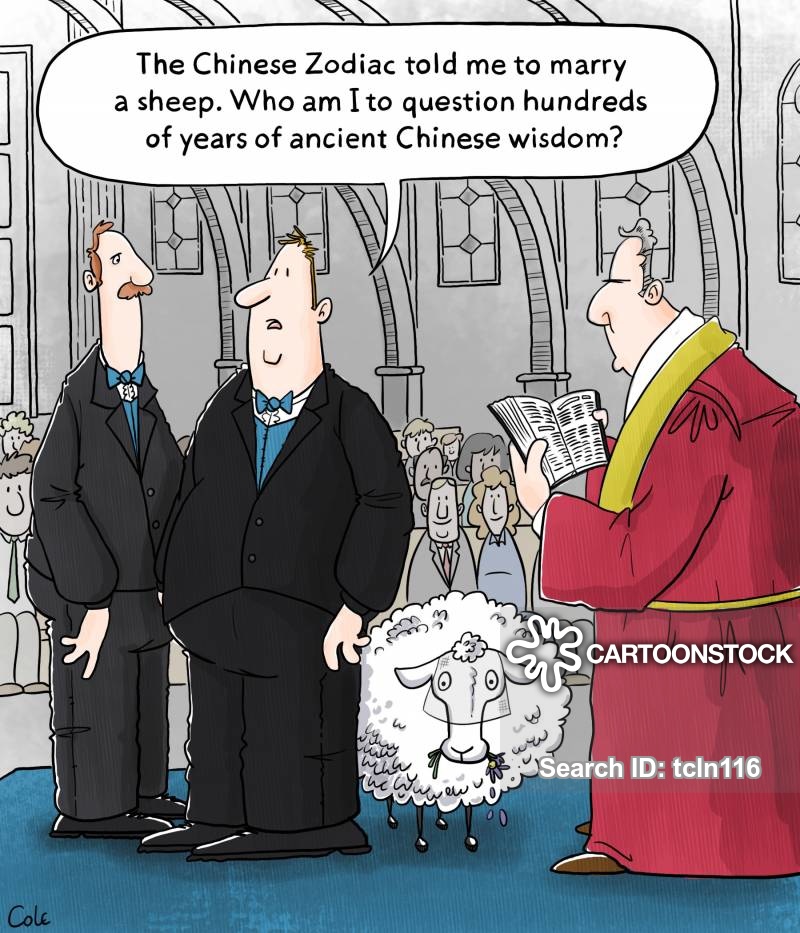 The element of Metal and the determination of the symbol of 2020 will bring many pleasant surprises to all signs of the zodiac. On January 25, 2020 we say goodbye to the beloved Yellow Pig and we will meet the White Metal Rat. “Metal” is distinguished by such qualities as perseverance, struggle, stamina, determination. Such a Rat is characterized by a struggle for justice, a solid character. It will not be easy to get favors from this sign and it will require the mobilization of all forces.

Literally from the very first day, we will notice global changes both in personal life and in the surrounding world, because the element and color of the new mistress of the year is radically different from previous rulers. And if at the beginning of its year the White Rat (or the mouse, as you like more), behaves carefully and prudently, sniffing at her possessions, then in the first spring month she will already take all matters into her strong clawed legs and, perhaps, will surprise us with our wise, but sometimes unexpected decisions.

In the year of the White Metal Rat, the main thing is not to show laziness and weakness, to act assertively and self-confidently. And then the Rat, having felt a soul mate, will help you achieve tremendous successes even in the most difficult cases. However, remember that Metal Rat is a strong and independent animal. It will not tolerate if you let things go by chance and hope only for gifts of fate.

Unlike the western world, where the rat is considered a pest and peddler of various diseases, in the east, and in particular in China, it is a sacred animal that symbolizes courage, cunning and the ability to achieve goals by any means. So 2020, the year of the Rat will be an extremely successful year for people who are ambitious and purposeful.

In the year of the Metal Rat any work that you do with pleasure is welcomed, and if the work is also related to creativity, then the Rat, as they say, gives you carte blanche. The work, finally, will bring everything that you were looking forward to in the past year - career growth, recognition of merit, material satisfaction. 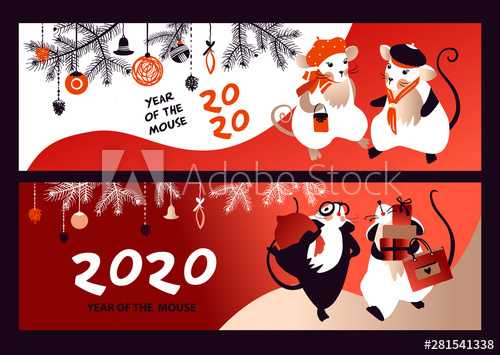 Since the Rat is the first sign of the eastern horoscope, it will also favorably treats a change in the type of activity - luck and success will pursue you in a new field.

The financial situation in the year of the White Rat will be slowly, but surely improved. It is unlikely that you will be able to save up money on your own island, but you will have enough money for a week or two of summer vacation in the warm regions for sure. The rat favors those people who invest in their own emotions. So if you are a travel enthusiast, the horoscope for 2020 gives you the green light.

Also, financially, well-being should come, because the animal is meticulous and loves wealth very much. Think about how you can increase your well-being honestly and the symbol of the year will gladly help you with this.

Many people are afraid of a leap year; they expect troubles, disasters and loss of balance in life from it. This is actually not the true. 2020 is the right time for marriage and replenishment in the family. White color symbolizes purity, sincerity and good intentions. The symbol of the year will help those who achieve their honest ways, protect the world around them and respect people. Those who try to achieve their goals dishonestly will experience failure and disappointment.

There will also be difficulties, for example, in the very beginning you need to try very hard to endear such a demanding sign. If you are firm, decisive, self-confident and kind to others - you have nothing to fear, the Rat will do everything to help.

In the second half of 2020, serious changes are expected in many areas of life, they will be completely unexpected, possibly even unpleasant. Think about how you can minimize the damage and where you can direct the negative energy. Plan your sports, come up with a new hobby, sign up for interesting courses. This will help being distracted if unforeseen problems arise and prevent from spilling negativity on those who are nearby.

The Rat is a difficult sign, it is cunning, vindictive and knows how to turn circumstances in its favor. Therefore, the whole year you need to be on the lookout, because the questions will come out much deeper and wider than we are used to solve in everyday routine.

Tiger (1962, 1974, 1986, 1998, 2010). Tigers can expect problems in family life and relationships with loved ones in the year of Rat. If you do not compromise and do not seek solutions together, difficulties and disappointments will not keep you waiting long. Be wiser and more restrained.

Rabbit/Cat (1963, 1975, 1987, 1999, 2011). You should better lie low during this year. Try to avoid sudden changes; grow spiritually, devote this year to yourself. Learn new skills, open something interesting, find a hobby. The main thing is that it should be something calm and creative.

Dragon (1964, 1976, 1988, 2000, 2012). The dragon is Rat's main antagonist this year. It'll be hard. Fight to the last for your ideals. Losses are inevitable, but you can minimize them with your confidence and attitude. You should only avoid conflicts with superiors.

Horse (1966, 1978, 1990, 2002, 2014). A successful year for representatives of this sign, most importantly, do not destroy everything yourself. Less emotion and more logic - this will help resolve conflicts and avoid new ones. Be sure to find time for the family, otherwise the family will feel abandoned.

Sheep/Goat (1967, 1979, 1991, 2003, 2015). Growth in the professional field will allow you get on your feet confidently. But not everything will go as smoothly as we would like. Be careful with the words, discuss personal matters with other people less.

Rooster (1969, 1981, 1993, 2005, 2017). Moderate your selfishness and vanity. Establish relationships with people with whom you quarreled, perhaps they will help overcome the prevailing circumstances. Do not refuse from help. And pay attention to your health, it will need to be especially protected in 2020. The rat can give an unpleasant surprise.

Pig/Boar (1959, 1971, 1983, 1995, 2007). This year a wild Boar should be waiting for love. Big, pure and beautiful love. Try not to miss it at the first difficulties that arise. Then everything will work out and you will understand that you caught the bird of happiness by the tail.

What does the year of the Rat promise to children born at this time?

Children born in the year of the Rat are very family-oriented, even growing up they remain attached to the family and do not leave their parents, will live nearby or often come to visit. They grow quickly and learn to manipulate people around them for the sake of their own profit, they are able to find the slightest loophole on the way to the desired goal. These children are modest, but behind this lies the character of a true leader. Parents should tell them the right way and educate them properly, investing their time and energy in them in full. The Rat favors his wards, so the year will be successful, and difficulties will bypass.

Life is a series of choices. Today yours are good ones.