Despite its magical shade, the Insect Horoscope examines the representatives of the zodiac within the framework of the modern world, where the laws of the struggle for survival also prevail. The behavior of insects and their ancient symbolic meanings are a reflection of the qualities of the human personality, character and psychology.

Astrological correspondences of insects also endow them with the function of a mascot.

Like other poisonous predators associated with the Element of Fire, the Wasp is fully consistent with the Sign of Aries. The wasp is not only a symbol of stinging judgment, but also a symbol of conquest and destruction. For example, Napoleon took this insect as his emblem.

The Wasp-Man often lives only in the material world, falling under the control of his own reflexes and instincts. But he is the fastest to embody the idea of ​​creating something for the benefit of others. Assertive, purposeful, often reckless, he is ready for self-sacrifice and is not afraid of change. It is useful for wasps to make plans for the future, as they are prone to committing rash acts.

They show bright initiative in Love.

The bumblebee or the so-called earth bee, despite its formidable appearance, is not dangerous. Bumblebee is a symbol of principles and values, overcoming difficulties and achieving success. Only patient and consistent Bumblebees can expect dramatic changes for the better. And passivity and laziness only hinder the success of this Sign. In a love relationship, Bumblebee is careful; avoids difficult situations and fears deception. He loves comfort and knows how to create it himself. 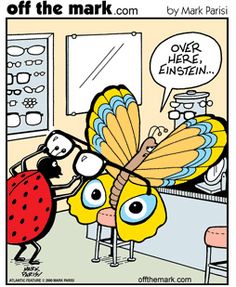 In ancient times, the Butterfly was a beautiful symbol of transformation and immortality due to its extraordinary life cycle. Fluttering butterflies were identified with Fairies, which connects them with the Air Release, the triad of which is revealed by the sign of Gemini.

But in Japan, the butterfly is the personification of a fickle lover and the emblem of the geisha craft, although two butterflies symbolize marital happiness.

A person born under the sign of a butterfly loves everything original and unusual; he is trusting, but he knows how to confuse and deceive himself; he is sociable and tries to make a pleasant impression. The butterfly languishes without an interlocutor, friends are vital for it.

In the love sphere, it is easy to get acquainted with him and he easily binds others to himself.

Water Beetle is a big water lover; he loves to dive and ambush. It hunts not only other insects, but also snails and newts, waiting for them in algae. He prefers to avoid the hustle and bustle swimming over soft silt.

He is closed, he feels great alone, but in search of a love partner he is ready to climb to the top of the tallest pond lily, and also demonstrates a wide range of manifestations of caring for his offspring. 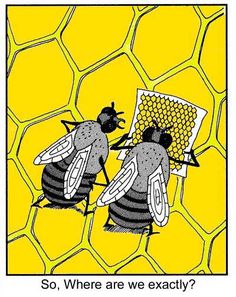 The ladybug has a pronounced solar (sun) symbolism, and that always has a positive meaning, meaning heavenly protection and good luck. The fiery red color of the ladybug's “cloak” has made it a symbol of sexuality, love and a happy marriage.

A person born under the sign of the Ladybug achieves the favor of the opposite sex easily. He is prone to light scams, knows how to subjugate others, make useful contacts, and his personal developed ambitions serve as the foundation for the implementation of long-term plans and career advancement.

The grasshopper symbolizes abundance, valor, and prudence and irresponsibility at the same time, as well as exclusivity and nobility. The ancient Athenians celebrated their noble origins by wearing a golden grasshopper in their hair.

The Grasshopper is the Virgo astrological talisman.

The body of a grasshopper has a whole system of chirping and hearing organs, and on the left wing there is a serrated vein (bow). Therefore, in consequence, the image of the Grasshopper, like the cricket, became a symbol of the “poetry of the earth”.

The Grasshopper Man captures the smallest details, carefully absorbs and carefully analyzes information. The grasshopper is a faithful partner in any activity and relationship. He is not conflicting, but he knows how to stand up for himself and his loved ones.

Having shown perseverance and hard work in any area, a Grasshopper man can make a big leap, receive material encouragement or a spiritual reward.

The ancient Greeks believed that the cicada feeds on morning dew, symbolizing the eternal youth inherent in the goddess of the dawn - Eos (in Roman myths - Aurora). In addition, cicada is an identification of the cyclical nature of light and darkness.

In Japan, the singing of cicadas symbolizes the peace, harmony and beauty of nature.

Similar interpretations give the cicada the planetary signs of Venus - the ruler of Libra. The Cicada Man has a pronounced aesthetic taste, and his sensuality does not prevail over reason, he strives to maintain balance in everything.

He avoids rude and uncouth personalities, or he can be condescending and diplomatic, up to slippery courtesy. He doubts and overestimates everything, but in critical situations he can make a well-considered decision.

The spider is a symbol of wisdom and witchcraft. No wonder the spider was often depicted on talismans in order to protect oneself from all evil. The spider's web is a symbol of creation, thanks to which the world was created.

However, typical spider abilities are noted in fairy tales as motifs of cunning, greed, and cold cruelty. If Spider-Man is internally aware of his secret power over others, this can greatly spoil his character.

If desired, he comprehends the world of the invisible with pleasure, he can engage in healing, magical and spiritual practices. 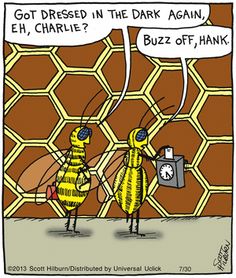 Even in our time, the praying mantis is credited with magical powers. In Japan, there is an ambiguous attitude towards it. On the one hand, it personifies the dark side of human deeds, on the other hand, it is a symbol of the valor of the samurai.

The most curious is the symbolism of the Praying Mantis among the Bushmen. The praying mantis is a sacred animal that learns to observe external immobility in order to think things over, so that then actions will gain accuracy, confidence and strength. Thanks to the ability to freeze in place, the praying mantis suddenly “comes to life” and strikes the prey.

People born in the days of the Praying Mantis are really fearless, at least because they are optimists by nature, they are often rescued by a philosophical mindset. They achieve the set goal, which they go to openly. They are smart, forward-looking and pragmatic.

The bee, as a symbol, participates in many cosmogonic myths and legends. It is the embodiment of a special vital force and wisdom, accumulated like the collected nectar. The structure of the "bee society", in contrast to the ant, is more caste and monarchical.

The disciplined Capricorn, the guardian of order and subordination, is able to make a career himself, as he has both hard work and perseverance. He behaves cautiously with the opposite sex, but having achieved reciprocity, he shows the qualities of a monogamous person.

The planet of Aquarius - Uranus, known as the planet of spiritual transformations, the weakening of the existing world evil and the arrival of new spiritual light, refers this Sign to the image of an insect that glows in the darkness.

Special substances provoke "slow burning" and then in the small laboratory of the firefly phosphorizing light is born ... Forest illumination is an amazing sight.

The Firefly Man is an inquisitive, soulful, addictive nature, capable of risky actions. In a romantic relationship, he is not too responsible. He is inclined to adventures and love intrigues. The Aquarius knows his own worth and is open to everything new.

In ancient times, the rainbow wings and faceted iridescent eyes of a dragonfly evoked the idea that it existed, as it were, in two worlds at the same time. Unlike European culture, where the dragonfly is associated with lightness and frivolity, in the East it is a symbol of multidimensional reality.

So the Sign of Pisces rewards its wards with mysticism, illusion, the ability to feel what others are not subject to. They are shy, secretive, but at the same time fussy and full of energy. In love, they are sensual and sincere. They are often mistaken, but admit their mistakes willingly.

If you feel that it is yours, do not listen to anyone – take a risk.