Superstitions from all over the world. What is a superstition? It is a widely held but irrational belief in supernatural influences, especially as leading to good or bad luck, or a practice based on such a belief. What superstitions are common for certain countries?

India: do not cut your nails at night!

You shouldn’t cut your nails at night, the Indians say; otherwise you will be in trouble! And this is very logical: there were no fluorescent lamps before, so it was better, the sages advised, not to use anything sharp at night, without light you can easily get hurt.

Russia: empty bottles should be put on the floor, but not on the table.

When Russian soldiers entered Paris in 1814, they tried very hard to save money on alcohol, and taking advantage of the fact that the waiters set the bill counting the number of empty bottles that were on the table, hid the bottles under the table to pay less! So the sign went that, they say, luck is attracted this way.

Europe: you need to knock on wood.

In the Middle Ages, European churches said that parts of the cross on which Jesus Christ was crucified were allegedly stored in their walls, so knocking on the tree of this cross, that is, on the church wall, is for good luck!

Turkey: do not chew gum at night.

Chewing gum, according to Turkish legends, turns at night into the flesh of a dead man! What to do, that’s what happens when a country becomes civilized, not having outlived the old principles yet...

Great Britain: on the first day of the month, the word “rabbit” should be pronounced more often.

They say it's a symbol of good luck! And if you forgot to say it during the day, then at night pronounce the word "rabbit" backwards! Well, you can also sing a song about a magic rabbit, it also has a version with text rewinding. Brazil: you should not drop your wallet on the ground.

And there will be financial problems, if you still drop it! This is too frivolous attitude to money. Superstition has spread to neighboring countries too.

Serbia: you should spill water behind a person!

In such a way you wish him good luck! Water is a symbol of movement and fluidity. 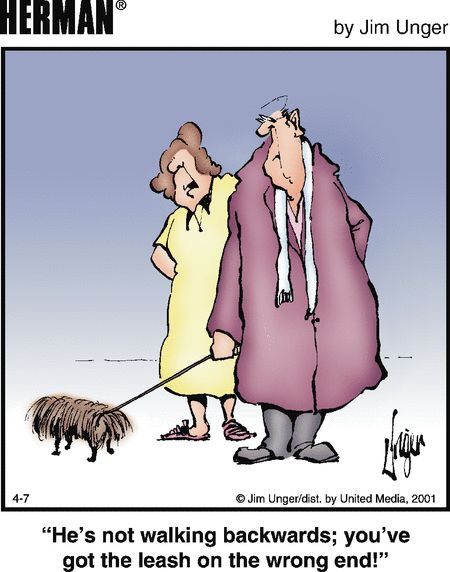 Portugal: no need to walk backwards.

It makes a connection with the devil! He will remember people’s steps and understand where they are going, where to catch them.

Japan: the thumb should be hidden in the cemetery.

The thumb, according to Japanese beliefs, is the so-called parent finger. So if you hide it in a fist in a cemetery, you will protect your parents from death!

Germany: no need to clink glasses if there is water in glasses.

There can be misfortunes and even death because of this - because in myths the spirits drank water from Lethe, the river of oblivion, in order to forget about earthly lives. And they clinked their glasses.

Sweden: avoid manhole covers marked with the letter “A”.

The letter “K” bears luck, because the word “love” begins with it in Swedish, but the word “grief” begins with the letter “A”! In fact, this is just purified water and sewage, but you can’t explain anything to people, and they bypass them!

Hair will grow on her face from goat meat, and besides that the woman will become terribly stubborn. They say that men came up with this so that they would get more food.

China: watch out for the number four.

The number four (4) is considered a symbol of misfortune, because the “four” and “death” sound very similar in Chinese.

Russia: do not give yellow flowers as a gift.

This leads to separation, to death or to infidelity!

Egypt: no need to click the scissors without need.

Allegedly, you can cut your luck. And if you leave the scissors open - good luck will be lost!

South Korea: a fan (ventilator) can kill you.

The fan (ventilator) should be turned off before bedtime, otherwise it will kill you! There is only one justification: a fan can lead to hypothermia, asphyxiation, and dehydration.

Italy: you have to write love letters to Juliet.

Come to Verona, write a love letter to Juliet, and you will ensure happiness in your personal life. And the Juliet Club even answers the letters!

Spain: twelve grapes must be eaten on New Year.

Twelve grapes represent the twelve months of next year! So in this way you can stock up on luck.

Turkey: thumb needs to be turned towards Hagia Sophia.

There is a Crying column in the cathedral, and there is a hole for the thumb in it. Having inserted a finger there, it is worth making a wish and turn the finger clockwise three hundred and sixty degrees. And then just keep your finger going out!

USA: coins must be picked up from the road.

This action predicts great success, and if your year of birth coincides with the date of issue of the coin – it so generally wonderful!

You can find interesting information about the "science" of superstitions here.

Don’t wait for your ship to come in, swim out to it.