What does the omen "a pigeon hit the window and flew away" tell us about? 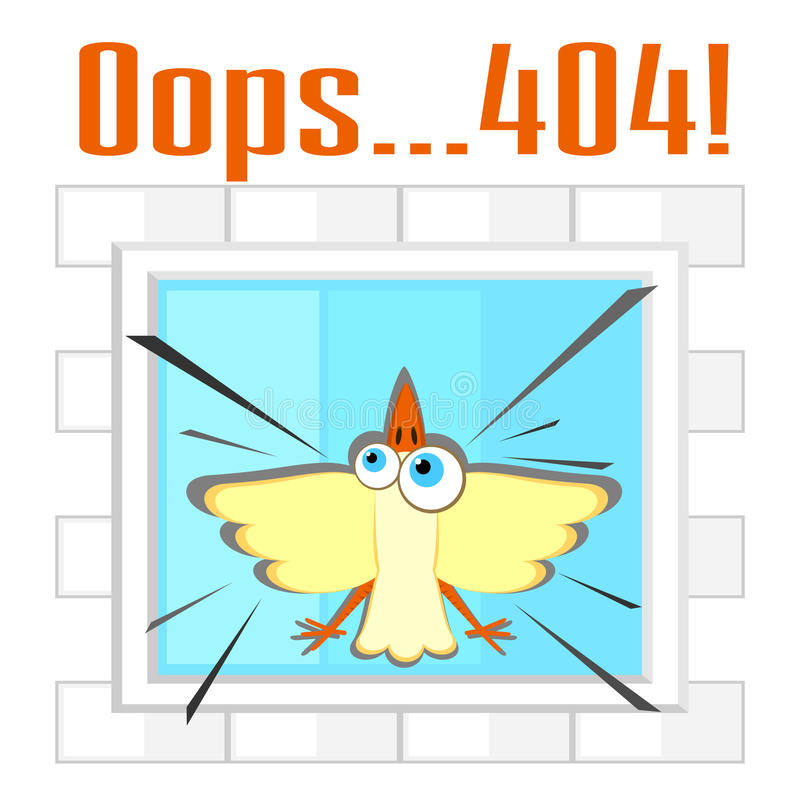 What does it mean if a pigeon hit your window? In the old days, pigeons were considered birds having connection with the other world. It is this fact that very often makes us pretty nervous when suddenly such a winged guest crashes into the glass of the house. Immediately obsessive thoughts creep into one’s head that such an event may speak of the coming trouble. Let's see if this is really so, so today we have the superstition “a pigeon hit the window and flew away” on our agenda.

Is it just an accident?

Signs do not always come true - it is worth remembering for especially suspicious people who, having seen an unsuccessful flight of a pigeon, which ended in a collision with an obstacle, immediately get upset and start looking on the Internet what does it mean if a pigeon crashed against the window and flew away. In fact, for a start, it is worth considering: maybe it was just an accident. If you have well-washed windows, and the weather is sunny, the bird could simply not notice the obstacle and run into it completely by accident. In this case, it is better to just forget about the unpleasant incident and stop tormenting yourself with obsessive thoughts. 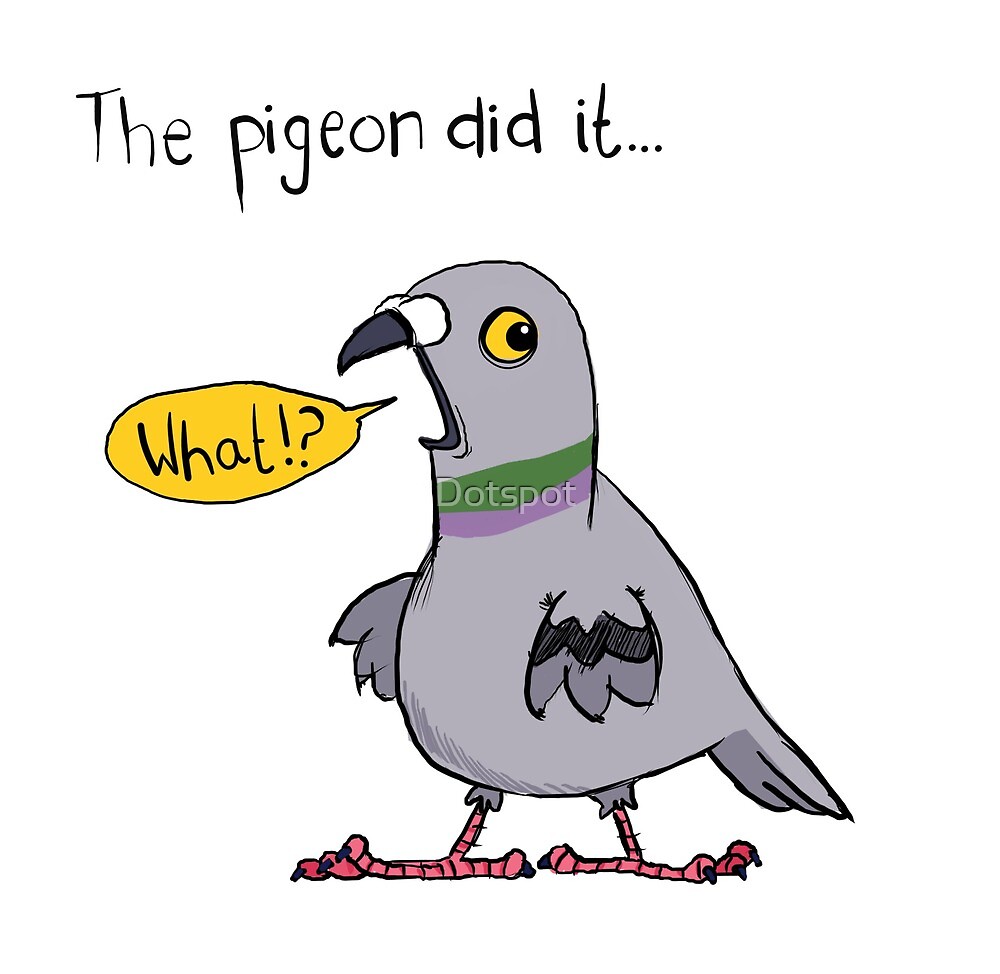 If the bird bumped the window on purpose

The sign “a pigeon crashed” into a window is most often considered negative. Since, as we have already found out, in ancient times this bird was considered a messenger from the world of the dead, it is believed that it can carry with it news of a serious illness and even the death of one of the family members. However, most often the prediction is interpreted in a similar way, when the winged guest not just accidentally touched the glass and flew on his business further, but knocked on your window several times in a row, or fell dead after being hit.

Why is a pigeon beating out the window? What does it mean? The sign informs us that it is worth preparing for unpleasant, and sometimes even tragic news. However, before stocking up on valerian and other sedatives, we recommend that you remember the details of this incident, as they can change the interpretation significantly.

How the pigeon that bumped into the window look?

Pay attention to what the winged messenger looked like. If its plumage was white or of some unusual, rare coloring, one should not be afraid of bad news, since the appearance of such a bird promises interesting news and pleasant, unexpected surprises. But this only works if the pigeon hit the glass and flew further without receiving serious injuries, or if, after the impact, he sat down on your windowsill or began to knock on the glass with his beak.

The dark plumage of the bird is interpreted as unpleasant news. But if the pigeon did not fly away immediately, but began to drum on the window - illness or death awaits someone from not very close friends. If the bird looks shabby, sick and continues to beat against the glass - alas, there is a high probability that soon someone from your closest and dearest people will leave for another world.

The sign “a pigeon crashed into the window of the house and after the impact lost a lot of feathers” suggests that you will soon experience serious disappointment, which will affect your entire future life. And if there are traces of blood on the glass - this is the worst sign - your dear person will not be able to avoid death, it is already predetermined.

At what time of day the event occurred

You can also clarify the meaning of the signs by the time of day at which the winged guest came to you. It is believed that if his visit came at a time when all the household members are asleep, news will come from afar, from distant relatives or acquaintances. If this happened in the evening, at dusk, and the blow was repeated or the bird behaved very restlessly - get ready for the intrigues of envious people and ill-wishers. A morning visit of the dove does not bring terrible news, they will rather be simply unexpected; and the appearance of a bird in the afternoon, but before dark, threatens with the saddest news.

It is worth paying attention to who exactly saw how the pigeon flew into the obstacle. If this is a seriously ill or old person who does not feel very well, a winged visit may signal his imminent death. If the family has recently experienced the loss of a loved one, the appearance of a bird can be perceived as a visit from the soul of the deceased to relatives, news from the other world.

If a dove hit a pregnant woman's window, and she witnessed the incident - you need to prepare for an early birth. If the pigeon visited the future spouses on the eve of the wedding, or any other person before an equally important event (birthday, holiday, getting a degree), one should expect strong emotional disturbances, which, however, can only be associated with your own feelings about how this fateful day will pass.

If the pigeon is noticed at work

If a pigeon hit the window at work, this is an ambiguous omen. Pay attention to the time of day and the appearance of the bird, as well as its behavior, and only after that think about what it might mean. If the company is soon expected to have serious inspections, and the bird was untidy, dirty, dark in color, the commission will probably find something to complain about. If a pigeon hit the glass in the morning and flew on as if nothing had happened – this omen means unexpected news on work that will affect the person or people who saw it.

If a pigeon hit the car

A pigeon hitting the car glass is a fairly frequent occurrence, since our winged friends do not always have time to react to the high speed of a vehicle rushing directly towards them. Nothing exact can be said about such an incident, but just in case, we recommend that you be more careful on the road that day.

How to mitigate the effect of a negative omen?

So, now you know what the superstition “a pigeon bumping against the window and flying away” means, which means it's time to tell how you can protect yourself and your loved ones if the appearance of the dove brings bad news. There are several ways to do this.

Collect all the bread that you have at home, and then distribute it to the poor, such as local homeless people.

Before you go for a walk or work, bring along a lot of bread or rolls, and be sure to feed all this food to the pigeons outside.

Wash the window thoroughly after the bird’s hit, if it crashed to death, visit the church and light candles for the health of all relatives, visit the graves of departed relatives.

Sincerely ask for forgiveness from the Higher Forces for all your sins and your wrong behavior, and then find a bunch of rowanberry and hang it right on the window - it will become your protective amulet.

Ask your brownie for help. You can “appease” the home spirit with milk, cookies, honey and ask him to save all household members from future troubles.

You can find interesting information about origins of folk signs and superstitions here.

Blessing comes from being a giver, not a taker.

A butterfly flew into the apartment – is it a bad or a good omen? 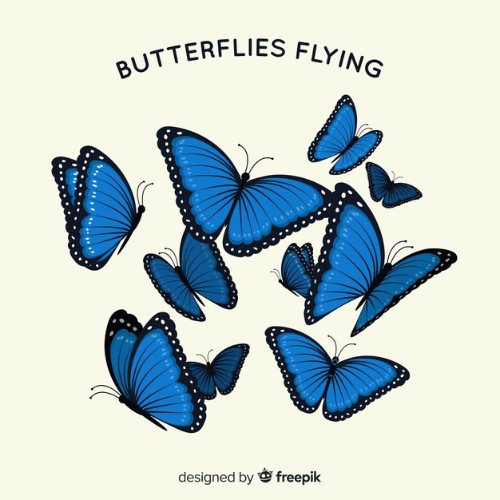