What is lucid dreaming and what can trigger them? 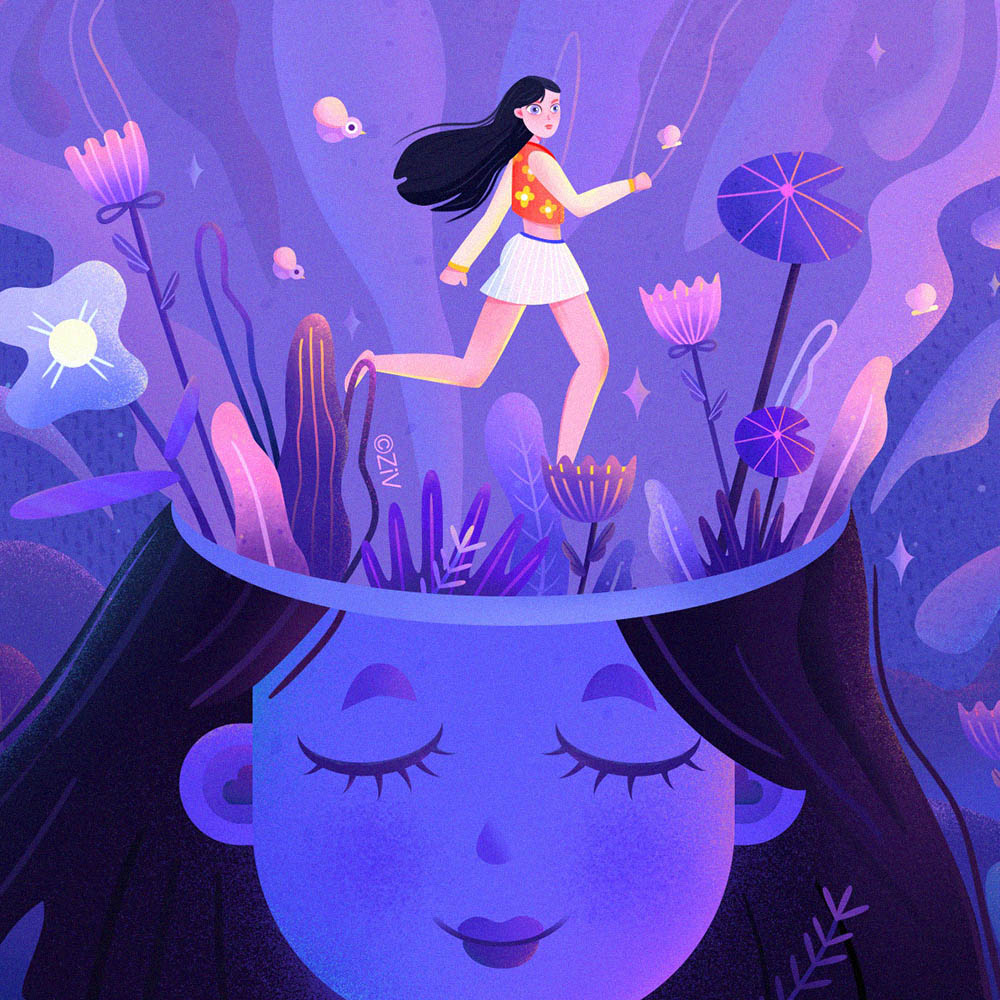 When did people start studying lucid dreaming? How does a person experience lucid dreams? How are dream management techniques used for psychotherapy? And can lucid dreaming be dangerous? These are a few of the many questions about lucid dreaming people are looking answers for.

The mechanism of lucid dreaming still remains a mystery.

Every night most of us dream, as our brain creates a reality that is completely separate from the outside world. The sensations during a dream seem so realistic that we do not realize that this is actually a dream until we wake up. But sometimes people become aware that they are dreaming during sleep, and they have the ability to control the content of dreams and make changes in them. This state is called lucid dreaming. Let's try to explain the phenomenon of this amazing property of our brain.

Dreams are unconscious visual displays of information and memories that already exist in our head. Therefore, all the images in our dreams are familiar to us. Technically, new characters or locations may appear during sleep, but in reality it is a fusion of what we have seen before. During sleep, we see a reality that does not exist, but which we cannot distinguish from real reality. 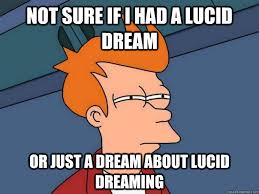 2. During lucid dreaming, we suddenly realize that what we saw is not real

And then the person begins to compose his dream on his own. This phenomenon was first described in 1913 by the Dutch psychiatrist Frederick van Eden. Lucid dreaming is not a hallucination when our physical body is in deep sleep and cannot understand what you are doing, even if you are aware and in control of the situation.

3. The mechanism of lucid dreaming is still a mystery

Experts agree that insight into what happens during sleep definitely comes from the brain, not an external stimulus. Some researchers have suggested that lucid dreaming may be caused by overactive frontal cortex during sleep, but this is just a hypothesis.

During this time, the brain is at its most active and works to process short-term memories into long-term memories. Our eyes move quickly to respond to images: this can be a defense mechanism so that we don't act out our dreams and accidentally fall off a cliff.

5. Lucid dreams are not nightmares

The peculiarity of a nightmare is that scary dreams are uncontrollable, it is a natural process caused by emotions and stress. If you are about to be attacked, you wake up with a fast heartbeat and gasping for breath.

During a lucid dream, our consciousness, on the contrary, seems to be awake for a long time. 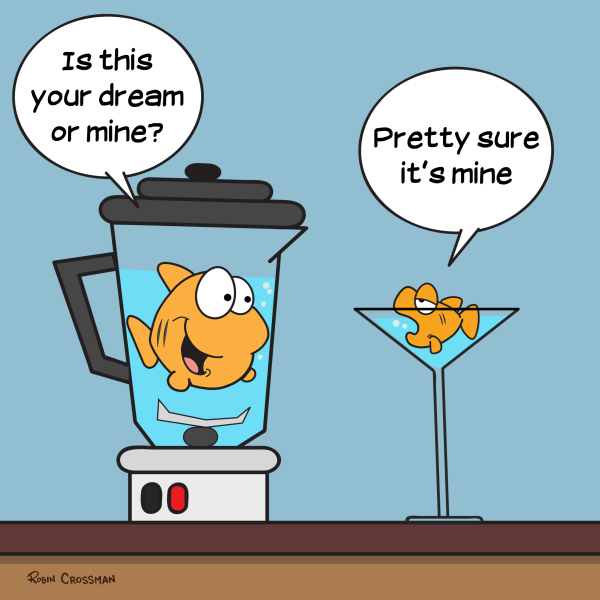 6. Lucid dreams are seen by half of the inhabitants of the Earth

As a rule, this experience begins in early childhood, but may appear for the first time in adulthood, which is more convenient for research, since an adult is able to describe the dream in more detail.

7. A possible cause of lucid dreaming may be due to the presence of more gray matter in the brain

Studies have shown that this phenomenon is more likely to manifest itself in introverts, in those who are more prone to reflections. In addition, MRI of the brain revealed a relatively higher volume of gray matter in those who constantly have lucid dreams.

8. Lucid dreaming may just be an innate skill

Such as, for example, the ability to wiggle your ears. Someone is also deprived of the opportunity to experience lucid dreams.

During such dreams, people can find creative solutions to very real problems that they face during everyday life.

10. If you have never had lucid dreams, there are ways to learn them

There are special techniques that allow you to consciously induce lucid dreams. For example, draw a cross on the front of your hand and look at it for a certain amount of time. After a week, it will become a habit. The idea is that you will want to look at the drawing during a dream and understand how real or illusory what is happening in your head is.

11. The degree of control in lucid dreaming may vary

There is a very thin line: increased control of your sleep can lead to the fact that you wake up at the most inopportune moment. It depends on the individual how much you can balance between sleep and wakefulness.

12. What happens in lucid dream usually does not affect daily life

Some people are afraid to experience lucid dreaming because they fear re-experiencing unpleasant emotions. Do not exaggerate: in fact, this is just an ordinary dream in which you accidentally realize that you are sleeping.

13. Adventures and sex are the most common themes for lucid dreams

Some people even have orgasms.

14. Lack of lucid dreaming is normal

If you haven't had a similar experience, don't despair. Even if you try to induce this phenomenon with special practices. We are talking about an innate ability: it is given to someone, to someone is not given.

But one should not make a show from lucid dreaming and delve into this phenomenon in order to prolong the unusualness of sensations. Do not forget that sleep remains sleep, that is, the time when our body rests and gains strength before daytime activities.

Lucid dreaming is a phenomenon that was discovered, at least described in literature, in the 19th century. There were several attempts by different people who assured that they had learned to control their own dreams. This phenomenon has become more famous since the time of Carlos Castaneda, who created a whole school and methodology for managing one's own dreams.

However, this took on a scientific character only when the American psychologist Stephen LaBerge in the late 50s went on an internship to this magician and studied this phenomenon from a scientific point of view, and saw that it was not a hoax or a trick, that lucid dreaming really existed. And he made a device that allows you to learn this very quickly with the help of feedback.

Is lucid dreaming safe? Research has shown that lucid dreaming is a special form of altered consciousness that is not identical with dreams. That is, if you constantly practice the state of lucid dreaming, you deprive yourself of normal sleep with dreams, and we cannot fully understand what it is connected with, what it is fraught with, but it is quite clear that there is nothing good in this.

Thus, it was shown that this is a very interesting model for a number of things, that it needs to be further studied, it can be practiced in certain situations, in particular in victims of terrorist acts, accidents, with post-traumatic syndromes, which are also now being intensively studied, but Neuropsychologists strongly object to the recommendations of this technique to normal healthy people for experiencing unusual sensations in a dream.

For example, a Doctor of Biological Science, Vladimir Kovalson, considers that the state of rapid sleep or paradoxical sleep is a special state; it is associated with a completely unusual work of the usual mechanisms of the brain. In this case, a very powerful activation of the brain is carried out. This leads to the fact that we cannot perceive anything from the outside, it remains intact, we do not wake up, our vision and hearing do not work, the muscular system is completely turned off, that is, it is turned off actively - powerful signals come from the brain to the spinal cord, inhibiting all muscular activity of a person.

Have you ever experienced lucid dreaming? Have you tried using different techniques?