How to find out if there is a brownie in the house?

Brownies are mysterious creatures that have settled next to human families since time immemorial. However, it would be wrong to consider them shameless freeloaders: little patrons protect the house from misfortune, poverty, the penetration of negative entities.

How do you know if there is a brownie at your home? It is not so easy to detect his presence: a rare Master is inclined to communicate with people. But if family members seriously annoy the boggart with something, he will certainly demonstrate his displeasure. However, we will not advise you to quarrel with your home spirit, but will tell you about safer and more respectful ways to communicate with an invisible neighbor.

The brownie is a vulnerable and delicate creature; he will not show himself to people until he wishes it himself. Therefore, before you call the brownie to have a conversation, you should endear him to you. Keepers love it when tenants maintain order and cleanliness in the house, try to avoid quarrels, take good care of their property (all brownies are zealous hosts). 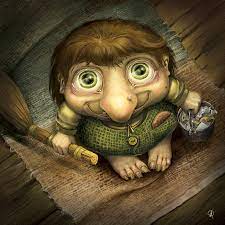 How to find out if there is a brownie at your home: types of home spirits, signs of presence, and ways of interaction.

Opinions about the dwellings in which brownies live differ significantly. Some experts believe that a brownie in a private house is a common and natural phenomenon, but it is completely pointless to look for or appease the boogie man in an apartment: the ancient patron spirits do not like cramped concrete boxes. However, there are many esotericists who are sure that there is a brownie in any home. Either they come to the apartment themselves, or the new homeowners take them with them.

Most of all, these creatures value peace, stability and tradition. So, if several generations in a row live in your family nest, you can rest assured that an invisible neighbor (brownie) is also present here.

What signs can help you find a brownie in the house? Although the patrons of the house are very secretive, they can still be detected. How to find out if a brownie lives in an apartment? Like any living being, the spirit moves around the house, goes about its business, gets angry or happy. Its presence can be detected by some signs.

Pet behavior. Pets, especially cats, perceive much more vibrations than are available to their owners, in other words, they see what is invisible to us.

Surely you sometimes notice that the pet is looking attentively in the direction where, it would seem, there is nothing, or starts wagging its tail or playing for no reason. Cats may purr for no reason, as if they are being stroked by an invisible hand. These are the signs of communication between the brownie and the furry inhabitants of the apartment. However, sometimes animals brought into the house behave restlessly, hide behind furniture, whine, hiss, or show aggression. There can be two reasons for this behavior. Perhaps the boogie man did not like the pet. Although it is possible that the animal does not react to the brownie, but to another, less friendly entity. 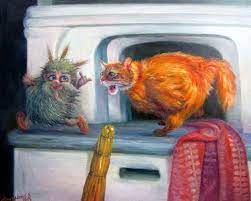 Brownie pranks. Brownies do not sleep in our understanding of the word; the time of day does not matter much for them. However, our otherworldly neighbors prefer to express themselves at night: they do not like the hustle and bustle of the day. If in the middle of the night you wake up from stomping, creaking, slamming doors, knocking falling things, perhaps this patron of the house expresses his displeasure. Usually, the Brownie gets angry when the household members do not maintain a comfortable environment for him: they leave cutting objects in sight, smoke in the house, swear often, and rarely put things in order. The brownie’s care is maintaining a favorable atmosphere in the house, manifestations of negative energy upset him, since they add him extra work.

Loss of sweets and small items. What else indicates that there is a brownie in the apartment? Pay attention to how often you have to look for small things like keys or a spool of thread. Unfortunately, modern owners often forget to feed the spirit, give him small gifts, and thank him for his help. Housekeepers can live much longer than humans, but they are much like children in character. If you do not pay attention to the brownie, he will begin to misbehave, attracting your attention.

Try to treat the brownie with sweets, present him with several small bright trinkets or ribbons. If the outrage has stopped, it means that the Secret Neighbor was pleased with the respectful treatment.

Kids games. Small children are not interested in the question of how to understand if there is a brownie in the house - the kids see them and do not find anything strange or frightening in this. In turn, many of the house spirits love children and are constantly concerned about their safety. 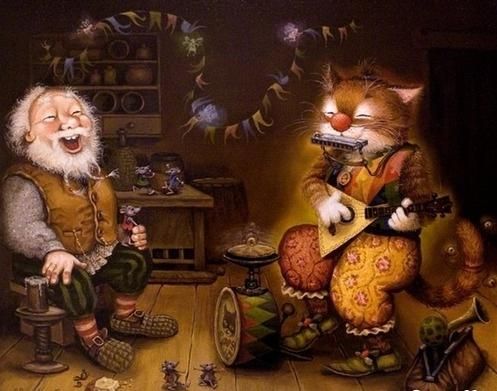 Sometimes you can notice that, while playing, the kid puts on the table an extra tea cup from a set of doll dishes, offers his favorite toy car to someone invisible, or, having burst into tears at night, calms down unexpectedly before his parents have time to approach him. Each of these cases can be attributed to natural causes, but if such episodes are repeated often enough, you can almost certainly say that there is an invisible tenant in your house who is friendly to babies.

Brownie warnings. If the patron of the house is sympathetic to the household, he can warn the hosts about guests who are about to appear without warning. This is usually expressed in the form of a premonition: for no apparent reason, you suddenly wake up early in the morning or, postponing other things, suddenly start cleaning.

It also happens that sometimes we wake up in anxiety, with a feeling of vague heaviness. Thus, the brownie warns his “wards” about the impending threat. All household members should take care of their safety. In addition, you need to check gas equipment, plumbing, electrical appliances: disembodied patrons are able to foresee accidents that threaten their beloved home.

Calling the Neighbor creature to talk. Sweet milk is a favorite drink of brownies. How to check if there is a brownie in the house using milk? This is a very simple way. Leave a mug of milk with sugar for the night, loudly saying that this is a treat for the Brownie and you will be glad if the brownie will accept it.

In the morning, you can pour out the milk, and in the evening, after waiting for darkness, stand in the middle of the room, spread your arms to the sides and call the brownie, ask him to show himself. Perhaps the brownie will appear in the form of a barely noticeable cloud or a cloudy spot. But most likely, you will feel warmth under one of the palms. This means that the House Master trusts you and shows his favor.

You can ask him a few questions about property, home, or the health of the family members. After sharing the problem, be quiet for a while, listen to your thoughts: The Guardian cannot communicate with words, he uses feelings and images. After finishing the conversation, do not forget to thank your invisible advisor for help. 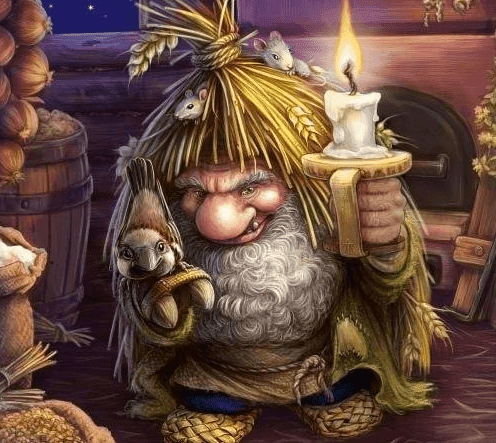 There is another way to find out if a brownie lives in the house. You need to offer him candies. Of course, he will not eat them; these creatures feed on the energy of good wishes that accompany the treat. However, he can swap the candies or move them to the edge of the saucer, demonstrating that he accepted the offering and was pleased with it.

Brownies rarely show their presence, but an observant person can guess about an invisible tenant, just coming to visit an unfamiliar family. In the house, which is under the auspices of an invisible guardian, children rarely get sick and when they do, it goes easily, flowers grow lush, things do not break, and the hostess's food turns out to be unusually tasty.

And do you believe in brownies? Have you noticed the secret tenant’s presence at your place? You are welcome to share your thoughts and experience!

Develop your creativity – it is the key to your success.