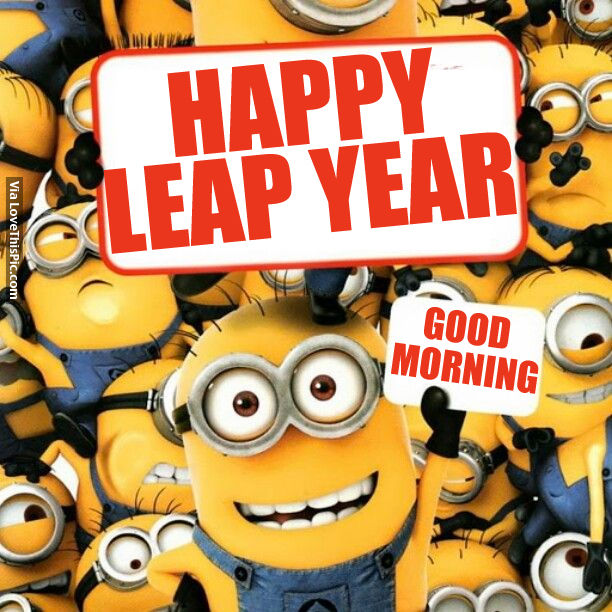 Leap year: is it good or bad? What are the leap years of the 21st century? Once every four years, an additional day appears in our calendars - February 29. With the year to which February 29 is added, many fears and beliefs have long been associated. We have collected well-known folk signs for a leap year.

An extra day in the year, it would seem, should be a great opportunity to do everything that you can't do in regular 365 days. But no, something in the public mind has gone wrong: the bad reputation of any year, which has the misfortune of being considered a leap year, always flies ahead of it.

Especially superstitious people prepare in advance for a stream of troubles, so that, having got into it, they have the mental strength to resist fate. Not only in the sayings of our grandmothers, but also in the posts on the network, you can find a great many tips on how to better behave during a leap year in order to minimize the negative consequences that it will certainly have on life. Let's list the leap years on the list in the 21st century, and also tell you where the extra day comes from and what the origins of the irrational fear of it are. 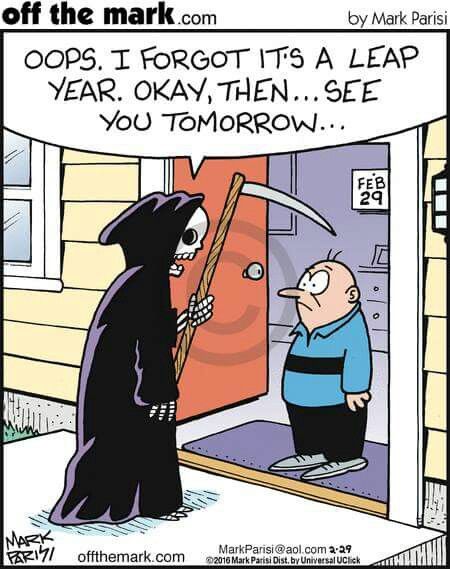 Why years are called leap years.

To understand where the extra number comes from in the calendar, it is worth understanding what a sunny (it is also called tropical) year is. This is the time during which the Earth makes one complete revolution around the Sun. This process takes about 365 days, 5 hours and 49 minutes. And although several hours, as it seems at first glance, could be neglected, this is not done for one simple reason: in four years of such extra hours, it makes almost a full day. That is why we are adding one day to the calendar - to overcome the difference between the calendar and the real time of the Earth's turnover that has arisen over the past few years.

Fears and superstitions of a leap year are not supported by anything other than the memory of generations. Superstitions have arisen so long ago that it is not possible to trace their roots. The only thing that can be said for sure is that the Slavs, the Celts, and the Romans were strikingly unanimous in their superstitions. Every nation was waiting for a trick from a year with an unconventional number of days.

Our ancestors, who were wary of leap years, most likely perceived them as some kind of malfunction in nature, a deviation from the normal and usual state of affairs.

Throughout history, there have been many troubles and disasters in leap years. Here are some of them:

However, one should not forget about the great power of coincidences, as well as the fact that such disasters as the beginning of the Second World War and the Great Patriotic War, the September 11 terrorist attack and the explosion at the Chernobyl nuclear power plant occurred not in leap years. That is why it is important not how many days a year has, but how we manage them. 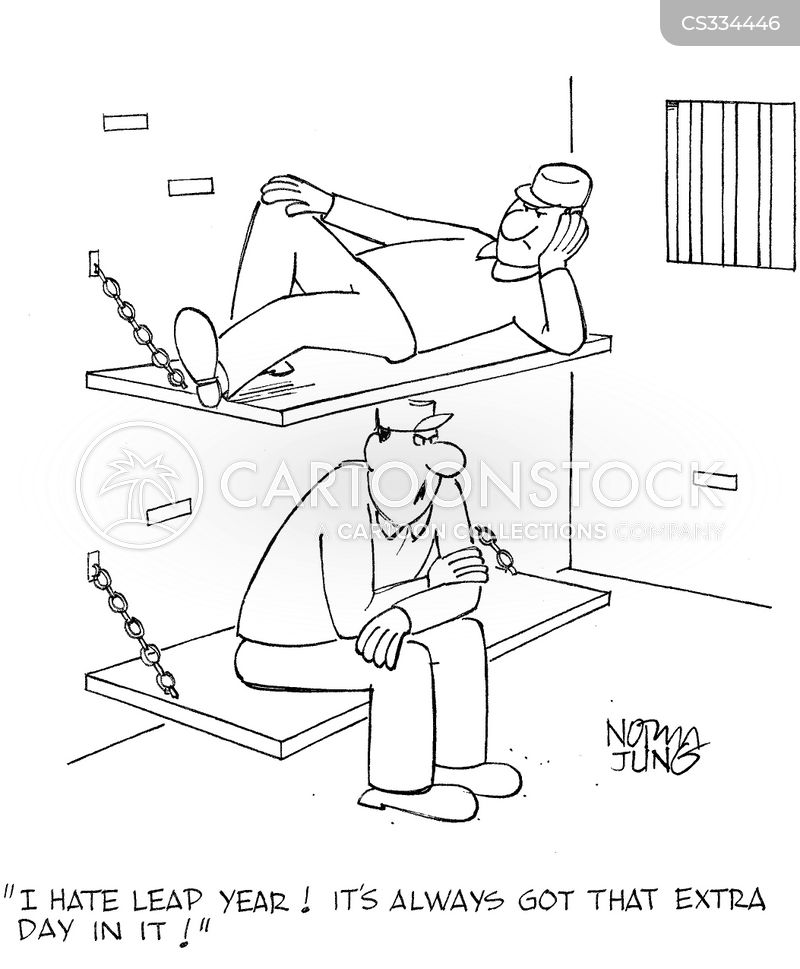 What you shouldn’t do in the leap year?

Knowledgeable people will say - do not expect anything good from a leap year, it always causes disasters of various scales: both personal and global. We have already figured out where these fears come from and why we add an extra day to the calendar. Now let's take a closer look at superstitions and omens for a leap year.

The main belief of our ancestors is that in a leap year you should keep a low profile, and then misfortunes will bypass. Until now, many people believe that life changes should be postponed until better time; otherwise all undertakings in a leap year will definitely not work out.

In a leap year, you should not change jobs, otherwise you will not stay in a new place, and financial difficulties will begin to lie in wait.

You should not start your own business in a leap year - it can turn into collapse.

You should not buy a new home; otherwise there will be no happiness in it. If you still bought it, you need to spend the night in the house on your first visit after the purchase, and in front of you, by all means, let the cat inside - they believe that the animal will absorb the possible negative energy. 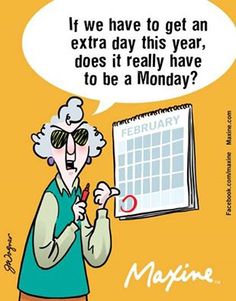 There is no need to make repairs in leap year, otherwise it will be not last long.

You can’t tell anyone but your loved ones about your plans for the coming leap year, otherwise they will not come true.

You should not have pets in a leap year – something may not work out.

In some regions it is customary to celebrate the holiday of the first tooth - the appearance of the first tooth in a baby. There is a superstition that in a year with 366 days, this is not recommended; otherwise the child will have bad teeth.

Older people have a habit of buying their own funeral clothing in advance. This is not advised to do it in a leap year, so that death does not come ahead of schedule.

Leap year travel should also be postponed to keep yourself out of trouble.

Our ancestors were sure: one should try not to plan pregnancy and childbirth in a leap year; otherwise the child will be trapped in misfortune all his life. However, this is only one opinion. According to other assumptions, children born in such a year will certainly have great achievements. It is difficult to judge whose opinion is correct, so let's just list a few names of people born in leap years: Julius Caesar, Leonardo da Vinci, Isaac Levitan, David Copperfield, Vladimir Putin, Pavel Durov, Mark Zuckerberg.

Why shouldn’t you get married in a leap year?

Most likely, this is due to the ban on any undertakings. A wedding is a new stage in life, so superstitious people believe that it should not be started in a leap year.

Another version of the emergence of this superstition is an ancient tradition that was widespread in different parts of the world. In some regions, the leap year was called the "year of the bride". For all 366 days, grooms could not send matchmakers to girls, but unmarried woman could ask a man to marry her, and he had no right to refuse, even if he did not have any feelings for her. In Ireland, for example, there is still a similar rule, however, only for February 29 - if a girl proposes to a man on that day, he cannot answer "no".

The statistics of marriages suggests that many people believe in this omen; there are fewer weddings in leap years in the 21st century than in ordinary years.

If you believe in signs, but the application has already been submitted to the registry office, there are several recommendations to protect yourself from possible problems.

The wedding dress should be long, preferably with a train. The longer the dress, the longer the marriage will be.

If your wedding look includes gloves, please take them off at check-in. A wedding ring worn over a glove promises trouble in married life.

On their way to the registry office or the place of the wedding, the bride and groom should not look back.

If it rains or snows on the wedding day, this omen promises wealth to a young family.

Another sign of financial well-being is to hide a coin under the heel of the bride and groom.

What are the other superstitions and recommendations for the bride-to-be?

What you can do in a leap year.

It's easier here. There is no specific set of guidelines for what to do in a year with an unconventional number of days. If you are not superstitious, this year will be no different for you from the previous one. If you are superstitious, do not follow the prohibitions thoughtlessly. Don't give up on a lucrative job offer or your travel plans and big purchases just because of an unsubstantiated fear of "leap" dangers. Use common sense and do not forget that the leap year is pretty demonized in the public mind. The fears associated with it are exaggerated and are based only on the dense ideas of our ancestors. Modern reality should have the modern perception of folk beliefs.

You can find interesting information about the origin of superstitions and omens here.