Omens and superstitions about snakes. Omens about killing a snake.

Is it good or bad if you kill a snake? Few people love snakes and want to meet them. But, nevertheless, people appreciated the intelligence and habits of these reptiles. Snakes have a significant place in folklore; they are associated with many signs and superstitions related to various aspects of human life: the environment, events, health, and everyday life.

To kill a snake is always good, according to signs. In the Bible, it is associated with the devil himself, so the reward for destroying a snake is quite worthy.

There is an omen that if you remain alive after a snake bite, this means your life will be long and happy!

There is a belief that if you kill the snake, God will forgive you 40 sins.

A slain snake cannot be hung on a tree, otherwise, according to superstitions, it will come to life, find its offender and take revenge on him!

There is also an omen that to kill the snake in early spring is a symbol promising good harvest.

Some healers and sorcerers assured: people who eat snake meat are not subject to the action of time - they do not get sick and do not age.

Superstition about why one should not kill snakes are also explained the following way: in some regions of Russia and western Ukraine, snakes caught in a dwelling were considered brownies in the old days, therefore it was believed that they should not be killed. For example, in Bukovina, they believe that they bring happiness and goodness to the house.

Also, the ban on killing a house snake appeared due to the fact that many people believed that if a snake crawls into the house, this means it is a visit of the soul of an ancestor. 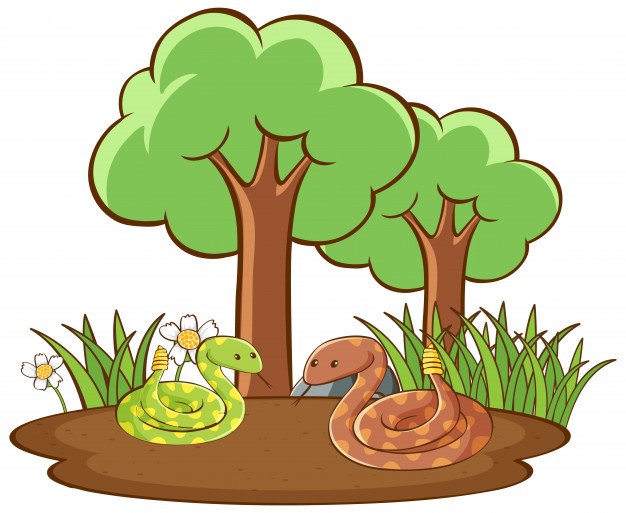 Snake in the house: omens and superstitions.

Seeing a snake on the doorstep of your home is a sign of surprises in life, be prepared for them!

According to superstitions, the house that the snake crawled into and laid its eggs there is completely safe! It is not in danger of troubles and financial losses, omens state!

There is an omen that a house that has a snake's egg or has snake skin hanging in it will never be damaged by fire.

There is a superstition that if you found a snake egg, you should protect it from prying eyes and hide it in the house. In this case there will always be money in this place.

How to keep snakes away from your place? According to an omen, you should keep a twig of an ash tree in your home - it will protect you from a snake that suddenly appears in the house.

It is a bad omen if a snake crawled into the house and shed its skin. Someone from the family may get sick or even die soon.

Superstition says that you should never kill a snake that crawls into the house. Snakes are vindictive, its relatives will take revenge, and for 5 years there will be no rest in the house. Troubles and illnesses will settle in it. It is better to wait until the animal crawls away on its own or call a special service for catching. In addition to the fact that you can get a venomous snakebite (and some bites are fatal); you will bring on yourself and your home unhappiness, illness and trouble. Many species of snakes are harmless - realizing that they are not welcome, the reptiles crawl away themselves. 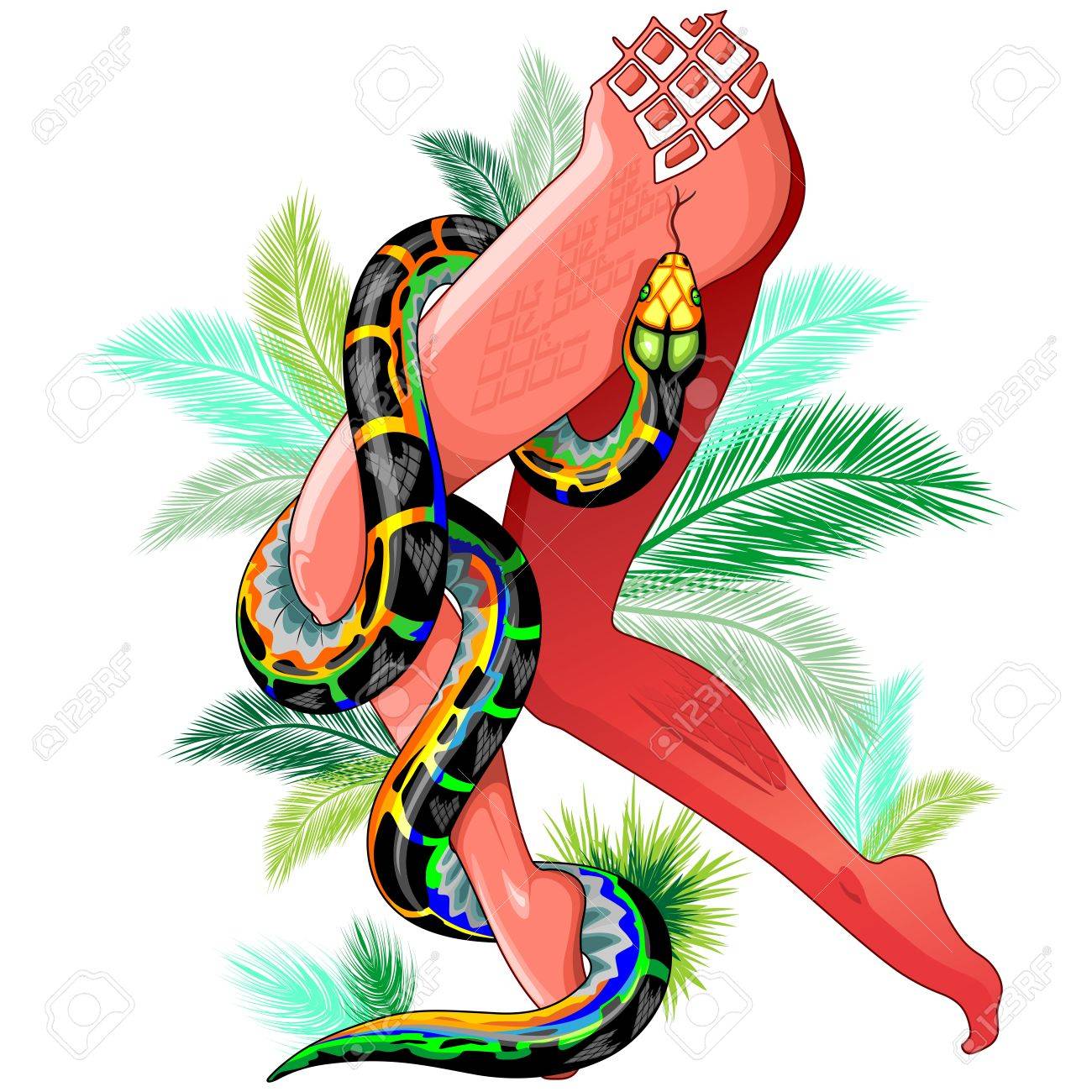 Omens about seeing a snake.

The epics of different peoples testify that since antiquity, snakes were treated both positively and negatively.

The Slavs have always had an ambiguous attitude towards snakes. On the one hand, it is a symbol of wisdom and dexterity, an important patron and a rather popular totem. At the same time, the Serpent is the personification of hostile forces that strive to harm a person, to lead him astray.

It is no coincidence that Satan sometimes appears to people in this guise. In general, signs about snakes can also be interpreted in two ways. Some of them are for good, and the other predict troubles and problems.

The omens strictly stipulated the place at which the "rendezvous" with the reptile took place. The hissing reptile in the cemetery is the messenger of the deceased ancestors, who thus warn of the danger threatening the family.

A snake on the grave is a sign - to see a sleeping snake on a relative's grave, or a snake crawling in a cemetery, means that very insidious people will claim your property.

A snake in the yard (especially if it is a harmless adder or a viper) seen during the construction of a new house, can promise a comfortable life for all future inhabitants.

A creeping snake is unlikely to attract one’s attention on the road, but running a snake over is a sign of a frequent breakdown of a car.

It is interesting that according to the signs, the exact number of reptiles does not matter: it can be one individual or many snakes - the omen does not say anything about "the transition of quantity to quality".

For a pregnant woman to see even a dead snake is a very alarming sign. Ancestors believed that it warned of impending problems with childbirth. It is possible that the baby will be born sick or ugly.

Since reptiles were not only a "scarecrow", but also an important life-affirming symbol, amulets from their remains were considered the strongest amulet. The shed skin of a snake was especially appreciated - signs assured that such an artifact would easily relieve any pain.

People carried a dried snake head with them in order to protect themselves from accidental death, and carried snake teeth - so as not to pick up any infection.

Omens and superstitions about snake skin.

Snake skin is in great honor in omens. In the world of fashion, snake skin products are highly regarded for quality and beauty. Healers all over the world use it as a medicine or a remedy to remove damage and the evil eye. There are a number of signs associated with the shed snake skin.

How can you use shed snake skin? There is a superstition that if you attach a piece of snake skin to your hat, you will no longer have headaches. The head will be clear and healthy.

If you tie it to a sore spot on your leg, a cure will come. But this "compress" should be worn for a long time and changed periodically to achieve the desired effect.

The shed snake skin can be stored as a talisman or amulet. Attach a small piece of it in the form of a keychain or hide it in your handbag so that it is always with you, and you will see that troubles, gossip, slander and envy will bypass you.

Adder has long been considered an extraordinary snake that brings good luck. Many people are afraid of this creature, mistaking it for a viper, but this is completely in vain. After all, for a long time it was revered by the people and there are many signs about it.

In addition, this reptile does not pose any danger, being one of the most harmless creatures. If you believe the signs, an adder that crawled into the house predicts imminent changes in the life of the owners for the better.

An adder in the house is a harbinger of only joyful events. After such a visit, one should expect a pleasant surprise, the fulfillment of a cherished desire, etc.

Based on this, the inhabitants of the houses (especially in the villages) tried to create favorable conditions and attract the adder snake to their house in any way. For example, milk was poured into a saucer and left in the courtyard of the dwelling.

According to popular beliefs, to kill an adder is a sign of misfortune. After all, it was always considered a welcome guest and a useful snake bringing good news. However, outwardly it is very similar to a viper, and because of this it happened that the snake was not killed on purpose.

Other omens and signs about snakes.

What are the weather superstitions associated with snakes? Summer promises to be rainy and cold if snakes get out of their burrows early. If you see a lot of snakes swimming in the water, the fall will be cold.

Are there any snake omens about relations? If the snake crawled across the way of the newlyweds, this is an omen of an unhappy marriage.

Seeing a snake on the way when you were going to visit someone is a good omen - you will have a fun and joyful time.

If a pregnant woman sees a snake, the omens say that this may mean the birth of a child with deviations.

There is a belief that snake tincture enhances masculine strength.

If you find the shed snakeskin, the omens say this means luck and fortune. Save it.

In order to always make wise judicious decisions, signs are advising people to carry a talisman in the shape of a snake.

There is a superstition that if the snake is chasing after you, you need to throw your belt and it will stop.

A person may often meet snakes in a dream. The meaning of such a dream can be interpreted in different ways, depending on the situation the dreamer is in. For more information about this, you can find out checking the dream dictionary.

The meaning of snakes, signs about which are interpreted in different ways, are very interesting. On the one hand, snakes are associated with something dangerous, unpleasant, foreshadowing misfortune. The tempting serpent is depicted in the Bible, in Ancient Egypt the evil god Set is depicted with the head of a snake. But on the other hand, they are a symbol of wisdom, power and wealth. It is not for nothing that the snake is depicted on the emblems of medical institutions, and in the "Jungle Book" the wise Kaa was a snake. Both statements are true, because snakes and their venom are used both in medicine for antivenom and for drugs, and in magic for love spells.

The snake is a very smart creature. It never attacks first, most likely it will be looking for a chance to avoid a fight either with a person or with an animal. But if it is not possible to avoid the attack, then the snakes come up with a plan of attack very carefully. They also say that snakes are vindictive and remember those who offended them even many years later.

If you want to cure a fatal disease, then the dried head of a snake must be hung around the patient's neck.

Snakes are more afraid of cats than the most evil dogs.

If snakes appear in early spring, then the summer will be rainy. If you can see that the snakes are swimming in the water, this means the autumn will be cold.

In the fall and winter, snake venom has the most impressive qualities.

If you put snakeskin on your foe, he will soon die.

What made people start believing in signs and superstitions?