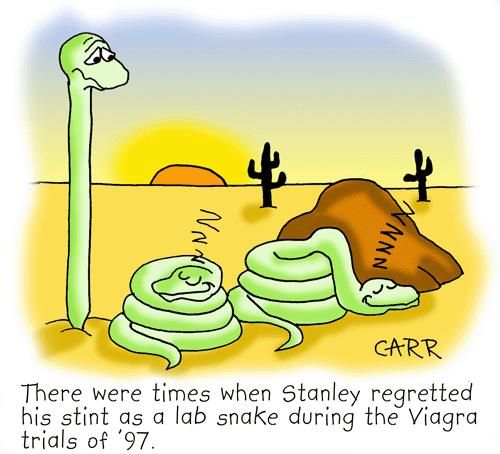 What is the spiritual meaning of dreams about snakes? Snake is one of the symbols of wisdom so seeing it in a dream promises you getting some important information. According to Miller a snake is a messenger about your collision with the anger of others. You can be expecting betrayal or gossip from people close to you. Being bitten by a snake is interpreted as a symbol of problems at work. A serious talk with the employer can be waiting for you, your salary can be reduced.

Vanga’s dreambook also gives this dream negative meaning and states you will find yourself in discussion with ill-wishers. It can start with some minor complaints and grow into big conflict. If the snake crawled away from you in a dream you can expect the conflict to be over soon. Freud thinks that if you saw a snake with three heads, wonderful life changes are waiting for you. It is important to pay attention to all the incoming information in order not to miss something of great value for you that can change your life.

Islamic dreambook associates snake dream meanings with power. A snake seen at night means that a person will have a raise in his position and will have high financial status. But if the snake bites you wait for concerns and disappointments. Beware not to share your information with all your surrounding because the ill-wishers will use it against you. Islamic dreambooks think that snakes in dreams pass the will of God to people and they are under the protection of higher powers now. If your dream was about a snake crawling in the house without any fear you should look attentively at the guests in your home, the thoughts of some of them may not be pure.

If you saw poisonous snakes dreambooks advise to pay more attention to your family. There is a possibility that your beloved one has relations with someone else. If you saw a huge fat snake it is important to remember what were your feelings in a dream. If you were desperate it is a sign of romantic concerns, if you were happy in a dream you will find new acquaintances, if you were calm your life will be prosperous.

A ball of snakes warns the dreamer about an unexpected visit of his relatives with whom he has intense relations. If you receive them with great honor your relations will be improved and this will bring you great profit. Running away from snakes means you are trying to get away from problems in real life. If your dream was about feeding a snake you should not refuse when someone asks you for help. If you put a lot of efforts to help the person you will soon get the favors back and will be financially satisfied.

A snake strangling you in a dream is trying to warn you about a coming illness. It is better to visit a doctor and make analysis, you will find the illness in time and it will be cont difficult to conquer it. Holding a snake in your hands promises having a child in the family soon. To crash a snake in your bed promises you promotion at work soon. Before taking the position you should think well whether you will be able to cope with all the responsibilities.

A snake charmer seen in a dream predicts some unusual events coming. He is also considered a talisman from evil people. You will meet a person who will help you get rid of enemies.

The meaning of the flying snake in a dream depends on the gender of the sleeping person. For men, this symbol predicts intimate problems. Their likely cause will be the fear of disappointing your partner. For a woman, a flying snake is the personification of her unfulfilled desires. Memories of them make you regret and resent yourself. Let go of the past and enjoy the new day.

A snake crawling around your body and trying to kiss you promises meeting with a new person who you will fall in love with and these relations will turn your world upside down. In this case you should not care about feelings and opinion of others because this love can be your destiny. Snake in your mouth symbolizes inability to expose your ideas openly. Hiding your emotions all the time can lead to a serious illness.

A red snake outdoors promises a wonderful trip with a number of positive impressions. If a red snake was met indoors please be careful in the transport - you can be robbed. Blue snake symbolizes easy relations among your family; you may go to some entertainment club on the weekend. A grey snake asks you to restrain from thoughtless waste of money, otherwise you will have financial problems.

Catching a snake in a dream may be a symbol of skin problems. Eating a snake means you do not have to worry - you have excellent health. Strangling a snake with bare hands means you will soon have to fight with your enemies. You will have to use unfair methods in this struggle otherwise you will lose. In case you saw a dead snake you should be prepared for visiting a big party and you should pay attention to your looks because you can meet your soulmate there. 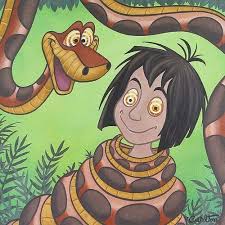 According to Miller’s dreambook, it turns out that snakes seen in a dream warn of danger, or of a hidden disease, but not in the case when the snake provides support or protection. This may mean that in reality a person will gain strength and knowledge that will help get rid of negative manifestations in life, often this concerns the environment of a person, and not his inner world. But the snake, standing on the defense, can only mean one thing - there will soon be a patron who will provide support, including in the fight against evil.

While large vipers personify enemies in a dream, the dreambooks interpret small snakes as gossip, intrigue and slander. The dream of the attack of small and large snakes reflects the probability of being blamed by others. To hear their hiss, but not to see them predicts the dreamer's mystical defense, which prevents enemies from approaching him.

According to the Islamic dream book, many small snakes that come together, but do not harm anyone in a dream, portend the dreamer the opportunity to command the army. For a man, such a vision predicts a promotion or the successful opening of his own business.

According to the Chinese interpreter, small snakes crawling in the bosom in a dream, prophesy of the birth of noble sons.

If you accidentally stepped on a small snake in a dream, Miller predicts high probability of making the same old mistake.

The Modern combined dream book explains why one dreams of holding a lot of little snakes in his hands with the opportunity to prevail over enemies using the strategy of kindness and cordiality. Crushing a viper’s head promises the opportunity to teach a lesson to an immoral or spineless person.

Finding a small viper in your own home portends the evil that will happen in the dwelling of a sleeping person during his absence. To catch a reptile in the water during crossing of any reservoir indicates the end of anxieties and adversities followed by success.

According to Vanga, a dream in which you were bitten by a small snake predicts a strong disappointment in a close person who, most likely, resorted to magic, in order to make your life unhappy. Another explanation of dreams that little snakes have bitten someone is found in the 21st century dream book. So, for the version of the interpreter, the dream plot indicates the prospect of gaining great wealth.

If you dreamed of children who play with live little snakes, this means the dreamer feels confusion and inability to distinguish the enemy from a friend.

To watch how small snakes bite other people, prompts about a situation in which the dreamer will insult and criticize his own friends. The dream interpretation from A to Z interprets why one dreams of seeing people dying from the bites of poisonous snakes as the risk of succumbing to the flattering persuasion of others and being defeated to the delight of their enemies.

In the Esoteric interpretation of the snake, that takes a dreamer for its own species and does not try to sting, but, on the contrary, does everything to protect him - this is a sign that a dangerous disease has arisen in the body a long time ago, but it will not make itself known until a certain moment.

Freud states that the snake seen in a dream means the organ of manhood. So, the snake-defender, who was seen in a dream of a woman, can say that in her life there is a fear of sex, but a decent man will wait patiently for the moment when she decides to overcome her complexes. But if a man sees a protector in the form of a snake in a dream, this may mean that a place for homosexuality will appear in his sexual interests, and the larger the snake’s size, the greater is the threat.

Here you can find interesting real-life signs and omens about snakes. Snake symbolism and meaning.