Interpretation of a dream about blood from nose 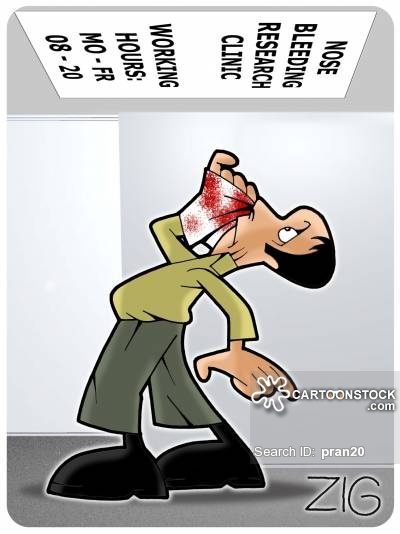 A dream with bloody wounds usually promises to meet with relatives in the near future, but if you are bleeding from the nose, this has a completely different meaning.

Dream about blood from nose promises diligence and efforts in achieving any goal. You'll have to work very hard to get it right. It is also possible that the dreamer loses his vitality, and that’s what such dream warns against neglecting his health.

Nose bleeding can also be a warning against thoughtless actions and deeds, because you can lose a large amount of money. If no discomfort is felt during bleeding in a dream, the Dreambook of the 21st century predicts happiness and success.

If you couldn’t stop the bleeding in a dream, this plot means a hard disease or danger for your relative. You should take a good care of the members of your family; they might need your help now.

A dream in which the enemy has blood from nose is interpreted as an enemy retreat; very soon the opponent will no longer bother you. If you received a punch in the nose in a dream, and blood began to flow from it, you should beware of what this plot means, perhaps an assassination attempt will be made on your person.

Seeing blood stains on the clothes dropping from your nose is a negative sign of obstacles in business that will be very hard to overcome.

According to Miller’s dreambook, if you hold a high position, and you have nose bleeding in a dream, this means that enemies, or life circumstances, can soon push you off the pedestal.

The interpretations of dreams about blood from nose can also depend on the time of the year. If this plot was seen in July-August, it can indicate psychological break down or hard stress that can influence your health.

According to Azar’s dreambook, seeing blood from nose in a dream can mean meeting with old friends whom you haven’t seen for a long time or lost connection. This image can also be interpreted as obligations towards your close relatives after whom you will have to look in the nearest future.