Being A Hostage Dream Meaning 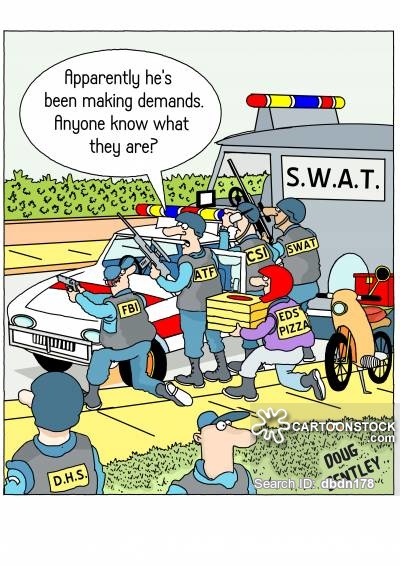 A dream in which you were taken hostage by terrorists is a sign that in real life you are not very self confident and expect that others will solve your problems for you. This plot also means that a person you trusted a lot will betray you.

A dream about being held hostage by your friend predicts problems in business and personal life spheres.

If you dream that you arranged taking hostages, such plot means that you are afraid to be mistaken in choice that the management gave you, Miller’s dreambook explains.

Being held hostage by your own friends - in reality you have to go through the torments of conscience, since you have acted dishonestly towards your friend.

If your family kept you a hostage in your dream, this symbol means you are paying very little attention to them. You are afraid of appearing overly soft-bodied, so you are behaving tough with your family.

A dream in which the robbers massively took hostage bank employees and customers, and you were among them, means that they will offer you a deal that will be a financially profitable, but still a scam. Do not be tempted.

Gustav Miller considered such a dream a harbinger of disappointment. If you dreamed that the bandits used force, this means losses and major troubles. According to Freud, such a dream portends problems.

Being held hostage in the subway or other public transport means you need to save your money. Do not invest them anywhere and do not spend large sums; it is a period of financial collapse now.

Release a person whom people familiar to you are holding captive - in reality you will have the opportunity to receive a large sum of money without much effort. Perhaps it will be a lottery win or a nice find.

If someone took your family and you as hostages, this means that in order to get good profit you have to work hard. Now it is a favorable period for this.

Being held a hostage by your enemies, escaping and hiding under the ground is a symbol of big troubles that you will face soon. Be careful with what you do or say.

Being held by a person whom you consider your friend is a hint to have a better look at people in your surrounding, there is a wolf in sheep clothing among them.

If you made a deal with the invaders to be held hostage in exchange for another person, this plot is a symbol of happy surprises and unexpected gifts.

A dream of the seizure of terrorists who held captives by the authorities predicts an unforgettable vacation in the company of unfamiliar, but very interesting and cheerful people.

If you are involved in the seizure of bandits and help free the captives, wait for the arrival of numerous relatives or close people.

To be held hostage by a sexually-minded person is a promise of a romantic evening with a person who you like.

Where were people held hostages?

Who was holding people hostages in a dream?

Who else was held captive in your dream?

What are the Top-5 negative dreams about being held hostage?

What are the Top-5 positive hostage dream meanings?