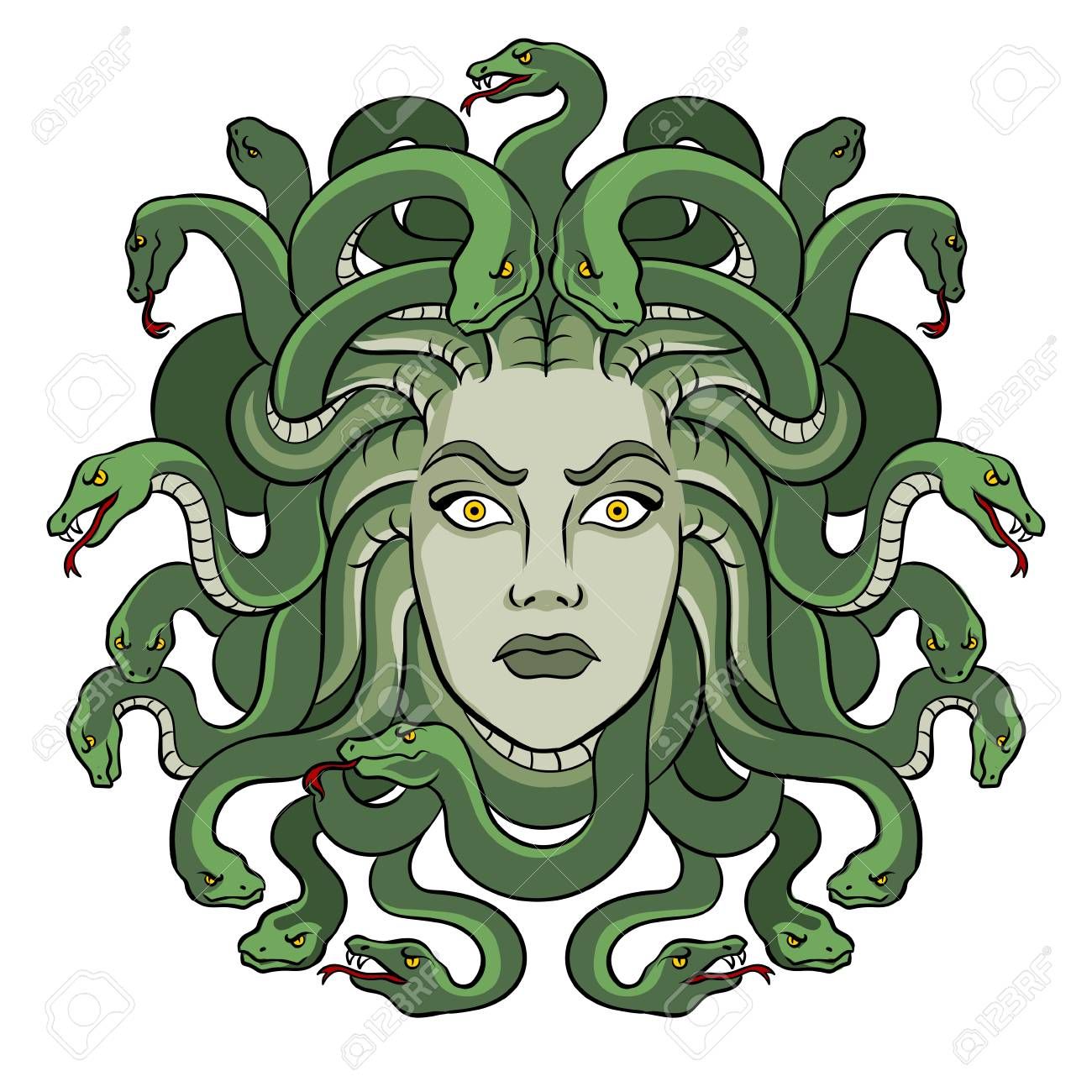 Dreams about snakes include a rare dream about the gorgon Medusa. Medusa the Gorgon is a character in Greek mythology. Her image has always meant victory over powerful enemies that no one could handle. She had many snakes on her head instead of hair. No one could defeat her.

Medusa was a symbol of the fight against fatal evil. To see her in a dream is a harbinger of victory over an all-powerful enemy or evil, unless her anger is directed against you in a dream.

Being a gorgon Medusa with thousands of snakes on your head in a dream is a sign of a glorious victory over enemies.

According to the interpretation by the Mythological dream book, Gorgon (a maiden with hair in the form of snakes), has a deadly look and represents a dangerous powerful insidious woman (friend) from the environment of the sleeping person; is the personification of evil. The Dreambook by numbers gives the following explanation to dreams about Medusa. The gorgons are three mythical monsters, which had snakes instead of hair, and their gaze turned all living things into stone. If in a dream you see yourself surrounded by gorgons, then in reality you will fall under the influence of a dishonest and deceitful person, as a result of which all your friends will turn away from you in 48 days.

If in a dream you are scared to look at these monsters, this plot means you will experience inconvenience from your connection with this cunning person, but you will not be strong enough to escape from his burdensome power. If in a dream you, like Perseus, kill gorgons or at least one of them, this is a sign that help will come from an unexpected side for you in 3 days.

Medusa the Gorgon, the serpent-haired maiden, traditionally symbolizes some domineering and oppressive woman. This person has a huge impact on you, poisoning your life with her aggression and anger.

According to Miller, if a person sees a dream that he turned into mythological creature Gorgon Medusa and his hair turned into snakes, this plot means that he often exaggerates his troubles and thinks everything is done by his foes.

If you are terrified that these snakes can sting you, you suspect you have an awful disease. It makes no sense guessing, it is time to get an appointment with the doctor.