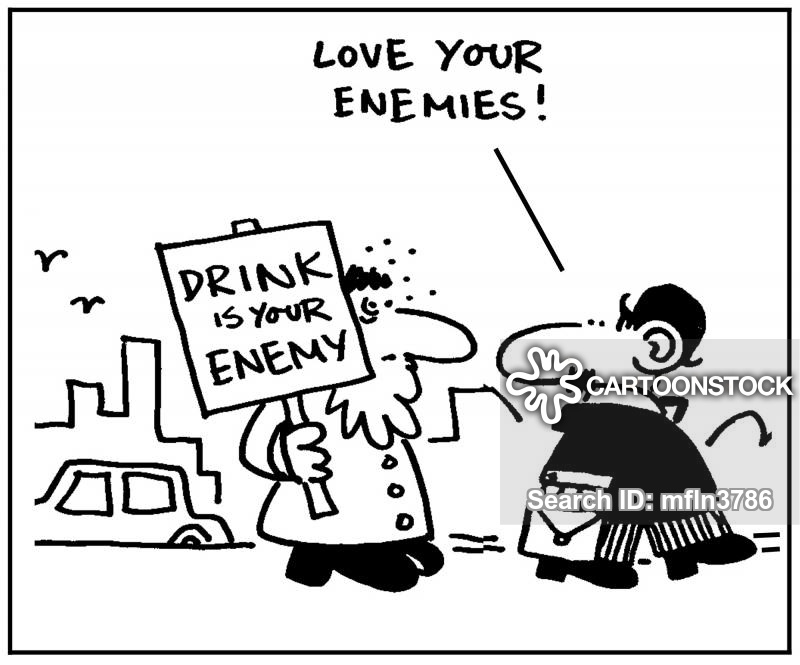 To see an enemy in a dream is a sign of the machinations of ill-wishers, obstacles in business and an internal struggle with oneself.

According to Megnetty’s dream book, a dream about enemies means meeting one’s own opposite or confronting one’s own vices. Subconscious disagreement with oneself can affect the behavior of the dreamer in real life and interaction with others.

To dream of an enemy, according to the English dream book, promises the destruction of barriers that impede the achievement of desired goals and heights. Meeting the enemy face to face is interpreted as a favorable resolution of controversial issues, despite the intrigues of the "well-wishers".

The meaning of a lady-foe in a dream depends on who she is to a person in reality. For a man, a dream in which his beloved girl turned out to be an enemy indicates that in real life the chosen one will present the dreamer with a pleasant surprise. To see your wife as an enemy is interpreted by the dream book as attempts to reconcile with some of the lover's shortcomings, which cause a storm of indignation or negative emotions in a sleeping person.

For a girl, a woman enemy in a dream indicates the need to defend her own interests or restore a good name; otherwise you will not be protected from serious losses. If this person is not an enemy in reality, then, perhaps, she may soon become one.

A dream when a man sees an enemy in a female guise is interpreted by the dream book as an unfavorable stage in relations with family and friends. 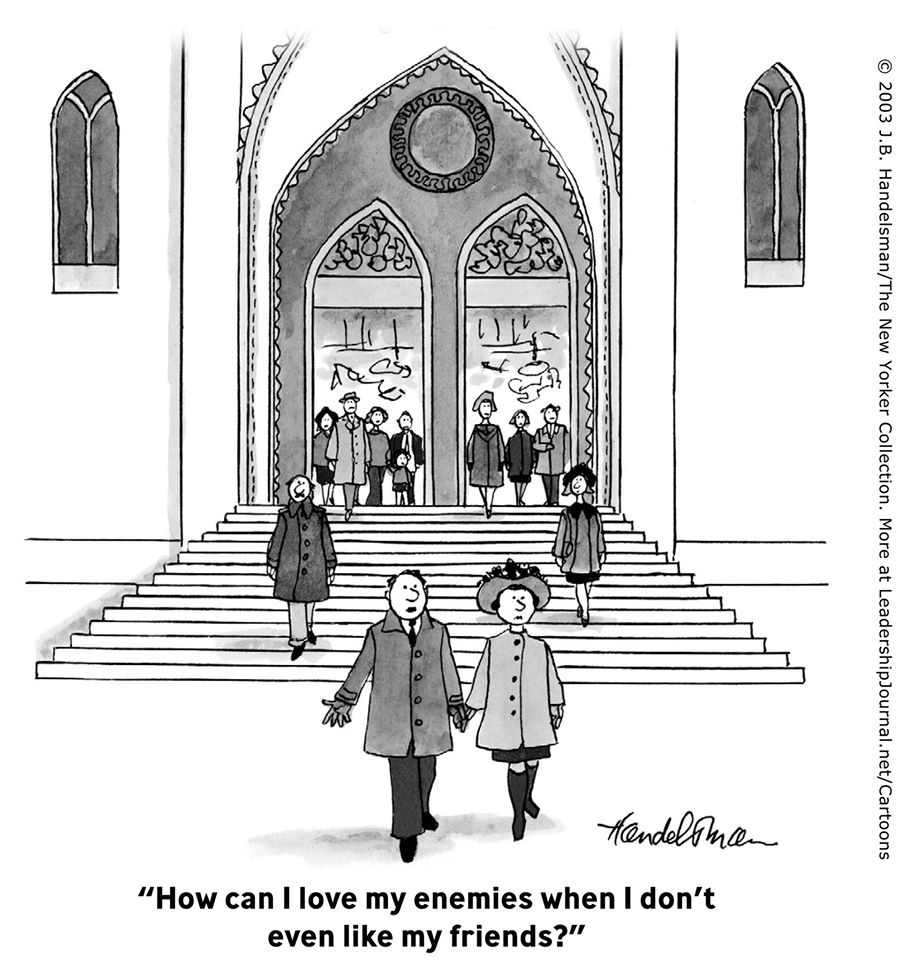 To dream about how your enemy is crying is interpreted by the dream book as an absolute and unconditional victory over the ill-wisher. In some cases, tears can be an indicator of a hated person's desire to put an end to senseless and drawn out hostility. The dream book advises to take a closer look at this vision, and do everything possible to stabilize burdening relationships.

It is useful to know the meaning of a dream in which the enemy asks for forgiveness. In reality, such a picture promises the end of a protracted burdening hostility or reconciliation with one's own "self". Perhaps there will come a time in the near future when a person will be able to accept himself as he is, with all the advantages and disadvantages.

A dream where the enemy smiles is considered unfavorable, because it means that this person is plotting something unpleasant in reality. The image in which the enemy asks for forgiveness and smiles is deciphered by the dream book as an attempt to deceive, weaken vigilance and confuse the dreamer.

The dreaming about house of your enemy is a warning about an emerging conflict and confrontation with these people. Also, this vision may be some indicator of the dreamer's future life, which will be exactly the opposite of what happens in the enemy’s house.

Making the same mistake indicates what the old enemies mean in a dream. Seeing an old foe in a dream indicates an imminent meeting in reality. 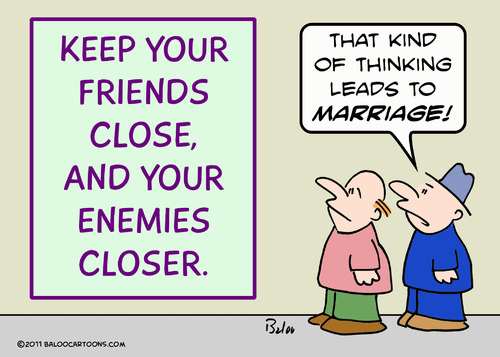 Hiding from enemies in a dream personifies moral fatigue from active hostility. But in the future, there will be no rest; you will have to defend your own interests violently, otherwise serious losses may occur. Also, this image speaks of temporary reconciliation with oneself and one's own hated traits.

A dream, in which you managed to escape from enemies in a dream, is considered rather unfavorable. If in a dream a person fled from the enemy and at the same time did not feel fear, this plot predicts a coming illness by a dream book.

To kill the enemy in a dream symbolizes by a dream book unconditional victory over the enemy in real life. The vision also indicates that a person has been reconciled with all the facets of his own “self” and is now a holistic person. In the future, the dreamer will only have pleasant moments in life and successful endeavors.

The meaning of why one dreams of talking to the enemy depends to a greater extent on the direction in which the conversation moved. A calm dialogue with a detractor symbolizes minor skirmishes with him in real life. A grand quarrel with the enemy portends a dreaming conflict, which is unlikely to be avoided.

In a dream, quarreling with the enemy is interpreted by the dream book as a subconscious fear of your opponent, material or financial dependence on this person. This picture also symbolizes the internal struggle with oneself, dependence on bad habits that the dreamer is trying to overcome.

In those cases when you kiss the enemy in a dream, they talk about reconciliation with the ill-wisher, the opportunity to be able to forgive the insults. The dream book advises to remember how the enmity began and to try to analyze events calmly, not succumbing to emotional impulses. Most likely, the dreamer will be able to find the key that will correctly open the heart of the warring person and contribute to reconciliation.

If you dreamed of kissing an enemy of the opposite sex on the lips, then on the subconscious level, there is attraction between you, which scares and forces you to fight with the feelings that have arisen at the same time. Only by understanding oneself and understanding the true motives of sympathy for the hated person, one can end hostility once and for all.

A dream in which one had to embrace the enemy testifies to a complete and unconditional victory over this person. A woman hugging an enemy in a dream, which is not such in reality, can mean that this person considers the dreamer his rival and competitor in some business for a long time.

To beat the enemy in a dream promises loss of strength and emptiness in real life. The fight with the enemy in a dream symbolizes difficult times for the dreamer, perhaps the machinations of ill-wishers and the secret game of competitors, put the sleeping person in a hopeless position, which can only be saved with the help of other people.

It’s easy to guess what the death of the enemy means in a dream. According to the dream book, a vision represents a complete and undeniable victory over a warring person.

The situation when the enemy became a friend is described as the image of a wolf in sheep's clothing. If you happened to make peace with the enemy in a dream, motivated by selfish goals, then, most likely, in real life, the tactics of the ill-wishers will change. Putting up with the enemy, experiencing negative emotions for this person, indicates that subconsciously, the dreamer is afraid of this person or the possible consequences of tireless enmity.