Interpretation of a dream about hugging a girl 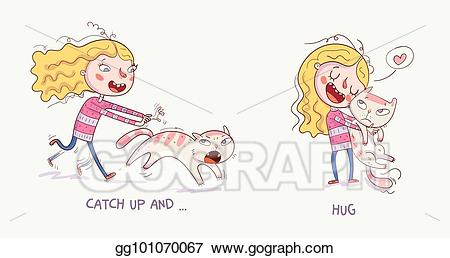 Any hug in a dream, according to the dreambooks, predicts the establishment of an emotional, spiritual connection with a person who you dreamed about. A dream about hugging a girl means improvement at work and a rapid career take off.

According to Miller, if you were hugging a girl whom you like and felt happy in a dream, this is a sign that your relations may move to another level. Hugging a woman you know can predict unpleasant news, Miller states.

If you felt awkward near your partner in a dream, this may indicate some problems in your relations. Hugging an unknown woman in a dream is a symbol of unexpected arrival of uninvited guests.

If you kisses and hugged a girl, the Wanderer’s dreambook considers it a warning about coming conflicts both at home and at work. Hugs of an unknown girl predict intrigues set by your ill-wishers.

The dream can be interpreted depending on its details. So, if you were hugging a girl:

The image of your ex girlfriend reflects the inner world of the dreamer. Confusion, anger, inability to forgive and part with the past - this is what dreams of hugging the former girlfriend mean.

Dr. Freud explains dreams about hugging and kissing a girl that you like with a mutual sympathy. Seeing someone else hugging your girlfriend means a lack of relationship with a partner caused by a lack of your attention to her.

According to the English dreambook, seeing yourself pressed to another person’s chest is a symbol of having reliable friends who will help when required. To feel confusion, insecurity, stiffness, speaks of the emotional emptiness of the dreamer, his loneliness.

The Family dreambook promises interesting acquaintance to those who were hugging a girl whom they haven’t seen for a while. If the girl was your relative, you can expect a visit of distant relatives or friends.

More detailed dreams interpretation can be found in a dictionary by: hugs, date, flirting, guy you know