Why should gamblers remember their dreams, why does a wife dream of a husband who defeats lions, what do businessmen dream about, how a watermelon is associated with treason, and why do you sometimes need a drink before going to bed? Let’s try interpreting dreams with the help of Polish dream books.

Mickiewicz spoke about the fact that dream is “the brother of death” in the VIII book of “Pan Tadeusz”. This metaphor has a deep meaning: every night our consciousness is turned off, and our imagination paints pictures that are beyond our control. In dreams, we tend to see messages from higher powers or the interpretation of mental processes. For thousands of years, people have tried to find explanations for their dreams. Polish culture is no exception. 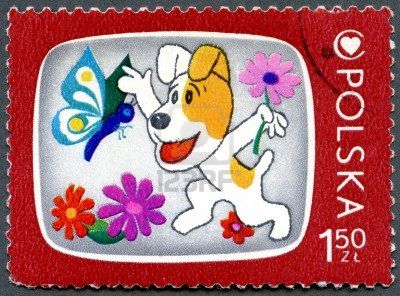 The dreams of gamblers.

Having come across the epithet "lottery" in the context of dream books, the reader may be surprised. It turns out that lotto games were once so popular that even in their dream gamblers were looking for clues on which number to bet on. In Poland, lotteries appeared already in the 17th century, and after the Sejm officially allowed this type of leisure in 1768, their popularity began to grow rapidly. In the 19th century, the lottery turned from simple entertainment into an important social phenomenon. Numerous "lottery" interpretations of dreams indicate that publishing of such dream books was very profitable for publishers.

“A New Lottery Dream Book Written by an Experienced Gambler” was published in Warsaw in 1832. According to its author, if you dreamed of a stomach or some kind of miracle, you should bet on the number 66. The one who dreams of sweets should choose the number 46, and the one who gathers pepper in a dream – should bet on 29. In 1920, after Poland regained its independence, the Sejm signed a decree establishing the Polish National Lottery. “The Dream Book, or the List of Dreams” (Wadowice, 1922), already published in independent Poland, combines the interpretation of dreams with advice on the choice of numbers. For example, those who dreamed about garlic (a harbinger of trouble) should choose the number 7. Those who see a whale in their dreams will have “certain death” - unless they choose the number 27, which can bring happiness. The "extinction" of love awaits the one who dreams of monkeys. In this case, the bet should be placed on the number 63. 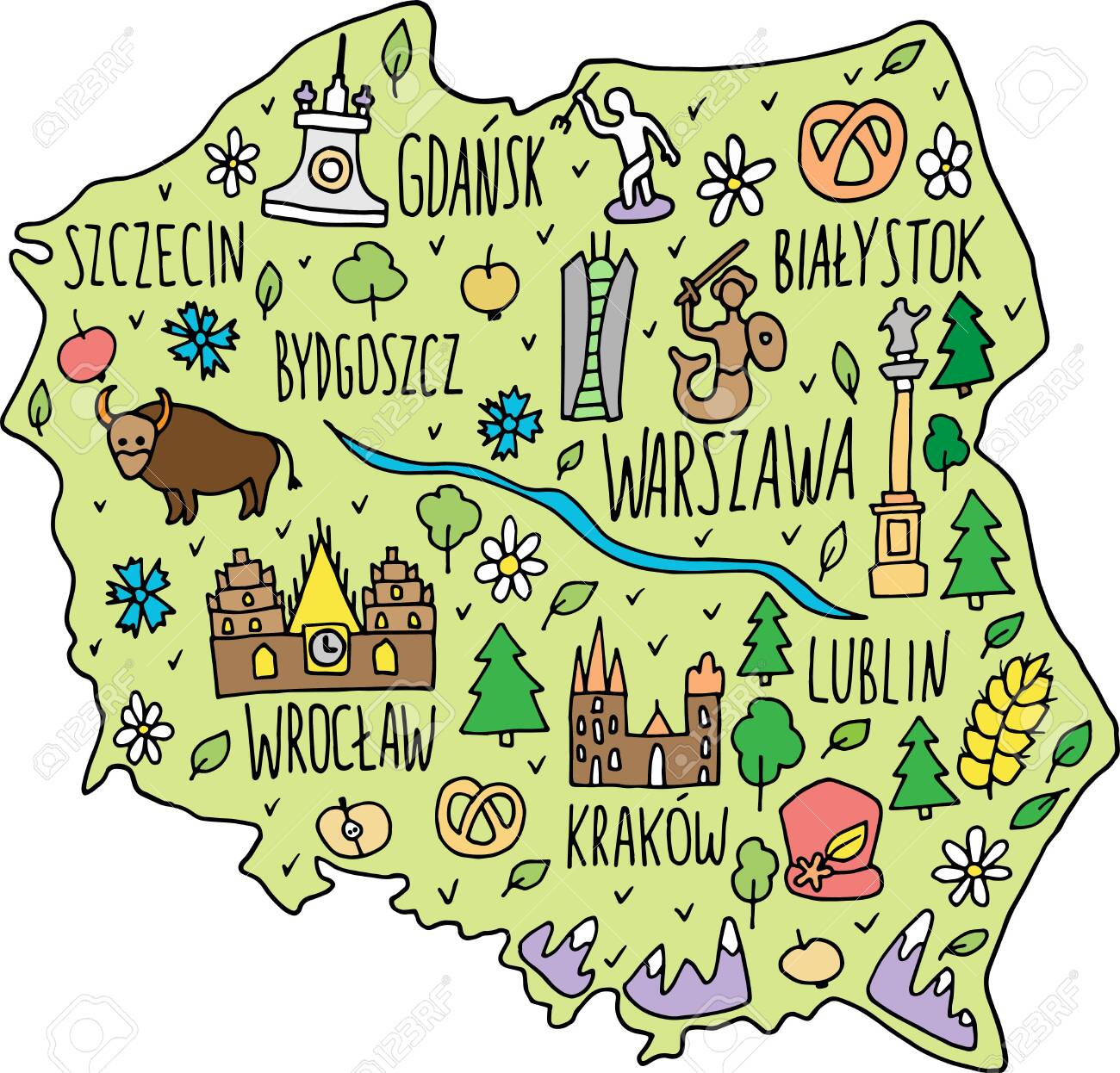 Belief in "lottery" dream books was not always approved, and sometimes even ridiculed. One of the critics of this kind of thinking (and of interest in lotteries in general) was Boleslav Prus. In his Weekly Chronicles, he wrote that "a hundred fools have to work for one lucky person in the lottery." But, despite the sarcastic statements, Prus, as they say, succumbed to temptation himself and bought lottery tickets for a long time.

A dream book by Vladislav Ludwik Anchits, published in 1875 (the author published it under the pen name Kazimierz Guralczyk) is of particular interest. This book was described as "an original work, written with an ideal plasticity of thought, which truly enriches folk literature." Anchits, who was a poet, publisher and social activist, distributed copies of his dream book to village libraries. His book was a record of oral folk stories, which he captured in the form of funny stories to warn readers against being too gullible in dream books. In conclusion, Anchits, aka Guralchik, writes: “In the title of this book we promised to reveal a surefire way to win the lottery. This method is not to place a bet at all and not to gamble, but take your extra penny to the savings bank so that in a dozen or two dozens years a decent win will accumulate there. As for the title, we gave it to this book only so that people who blindly believe in harmful and deceptive dream books would buy it; maybe at least one in ten will think about it and stop gambling; which will bring us great joy”. The word "dream book" did not always mean a book with explanations. In the "Old Polish Dictionary '' by Anthony Krasnovolsky and Vladislav Nedzvetsky (1920), it is written that a dreambook is “the one who sees dreams and talks about them; interpreter of dreams. It turns out that in the old days there were no dream books with explanations of dreams. However, there were oral dream books: the researcher Stanislava Nebrzegovskaya even believes that they are much more important for culture than written ones. In 1966, Nebrzegowska published an innovative work, “The Polish People's Dream Book”, written in the wake of conversations with residents of several dozen small towns and villages. An oral dream book, like family legends, used to pass from generation to generation, and a close connection arose between the narrator and listeners. An important feature of this communication was a wide range of topics - they mainly concerned things and phenomena from the inner circle of the sleeping person. The easiest way to explain a dream is to consider it in terms of simple ethical opposition: it means either something good or something bad.

Funeral in a wonderful meadow.

Interpretations of dreams that Nebrzegowska collected are striking in their simplicity. They refer to the world of understandable symbols and vivid contrasts: wheat, a holiday tree, spikelets or clean linen mean “something good”, and boards, peas, or adder mean “something bad” (The Polish Folk Dream Book says that "Animals in general – do not bode good"). Sometimes the ethical interpretation of these images is not entirely obvious: for example, it is not so easy to understand why, in the folk tradition, a dream about dough is a bad sign, and dreaming about a dead child – is a good one. It is also surprising how differently dreams about bread are interpreted: “If you dream about bread, then it’s good”, “If you dream about bread, there will be guests”, “Bread - no, it’s not good”, “Bread probably means hunger”.

The stories of the villagers are especially valuable. They illustrate the popular imagination and reveal the image of the common man's world, in which opposites are often combined under unforeseen circumstances: “It is not quite clear with this meadow. Well, I once dreamed about such a wonderful glade, it was horrifyingly beautiful. And the horses grazed on it. And someone was buried there."

What do businessmen dream about?

Despite the efforts of Polish positivists, the pragmatic approach to dreams persisted even in the 20th century. In some issues of the newspaper "Dziennik Bałtycki" we will find "Issa's Dream Book for Businessmen". Issa is a pen name allegedly belonging to Ali Abdin Ghani Abdullah Asani, a mysterious interpreter of dreams, whose services were used by various entrepreneurs.

Each issue of "Dream Interpretation of Issa" is a short story about the visit to the interpreter of dreams and conclusions based on the theory that "dreams are about ourselves." Readers learned about a woman who dreamed of her husband fighting with lions or saving himself after falling into an ice hole. “Your dreams concern you rather than your husband,” the woman was told. - "In your dreams he is the hero, as you imagine him during your meetings with your girlfriends."

Watch out for the doorknobs.

In his opinion, everything is not what it seems. If you eat a gooseberry in a dream, it means that "children will appear as if from a cornucopia", and a watermelon foreshadows "betrayal of your wife." A dream about mushrooms can be kind or not – depending on your preferences, since it is a sign of meeting with the "company of dissolute men." Those who dreamed of tongue will have to come to terms with their own inclinations to perversion. And those who see a doorknob in a dream should prepare for a quarrel with a pimp.

The dream book contains many explanations regarding sexual behavior. According to the author, certain norms should be adhered to in sexual life. To those who in dreams ask for forgiveness from their mother, Standley advises "to avoid sexual perversion, as it will spoil your health." By the way, an important part of the dream book is the chapter on "reliable ways to prevent pregnancy and fertilization", which contains quite sober (and sometimes even progressive!) advice on family planning.

The creators of the satirical “Politically-Public-Selective Dreambook” were well aware that after drinking alcoholic beverages, dreams can be strange and chaotic. Published in 1907, the dream book, which was advertised as "the only one in the world", opens with a short, sarcastic introduction, which says that "previous researchers of human dreams made a terrible mistake, considering only one type of dream, that is, the dreams of teetotalers." In a four-hundred-page book, this error is corrected: dreams are divided here into "sober" and "drunk" ones.

For example, alcoholic dreams, in which the sultan appears, portends ... a strike of bakers. If you dream about the Sultan when you are absolutely sober, it means that soon there will be happiness for women. A teetotaler who sniffs roses in a dream will soon break a glass lamp, but a rose that a person dreamed about under the influence of alcohol predicts a feast. A dream about fire is also more beneficial for lovers of strong drinks: if you see fire, you can become a director of an insurance company. Teetotalers are once again unlucky here, because for them fire in a dream predicts lumbago in the lower back. But sometimes falling asleep sober is still not bad: if you see a doll, this means the foundation of a theatrical partnership. In turn, the doll in a dream after alcohol is a sign of an impending operation.

You’d better get back to work now.