The dream book offers understand the keys to the apartment as a guide to action. Circumstances in a dream contain tips on how to solve a burning issue and see promising opportunities. The symbol is often a harbinger of change.

The apartment keys promise unforeseen circumstances. If you dreamed of losing them, you will have to overcome the difficulties. The find of the familiar bunch of keys symbolizes a period of stability. A break foreshadows separation forever. Manipulations with the opening and closing of the lock promise to the young dreamer engagement and wedding.

You should be ready for serious troubles and unrest related to them if you lost apartment keys in a dream. If you managed to lose the keys to the apartment in a dream due to the fault of other people or plot twists, the Modern dreambook advises to postpone the experiments. Questionable adventures can end badly.

If the keys to the apartment were stolen, the dreambook of Vanga considers this a warning. Someone envies the sleeper, attempts to manipulate him, or at least just to annoy.

When you managed to forget the whole key set and experience all the consequences of carelessness in a dream, the dream book calls for composure in reality. Sometimes the plot speaks of dissatisfaction with the chosen profession.

Breakage in the lock when trying to get into the house promises difficulties and confusion. Damage on the key surface portend a break in relationships. If you dreamed about hiding the bunch of keys, the idiomatic dream book speaks of the need for solitude. 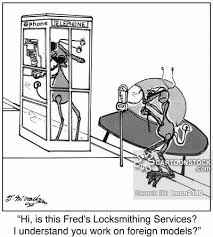 If you found apartment keys in a dream, the majority of dreambooks consider it a positive image. If it was an unknown key, you will find an important secret. Gathering key from either your or someone else’s apartment, this means you will get unexpected luck.

If the girl found herself in front of someone else’s door that she managed to open, this means she will have a new interesting admirer.

If the skeleton key has opened someone else's lock, valuable information will fall into your hands.

A pair of keys bonded with one key chain predicts positive changes in personal life.

In the interpretation of Medea, to hold the keys to the apartment happens on the eve of the fulfillment of desire. At the moment, targeted actions will be more effective than ever.

The English dreambook thinks that only talented strong personalities can open the entrance lock in a dream. The dreamer is able to open any doors in reality: to adapt, to find a common language. These qualities will help to achieve prosperity.

If you had a dream about someone giving you a set of keys together with a keychain, this means that a brilliant idea will come to you after awakening.

Dr. Freud gives interpretation of the plot where a man becomes the owner of new apartment. The act of opening the lock in a dream personifies the coming victory on the love front. If a woman dreamed that she was presented with the keys to a new apartment, this means a high probability of a successful marriage in reality.

Take that chance you’ve been considering.