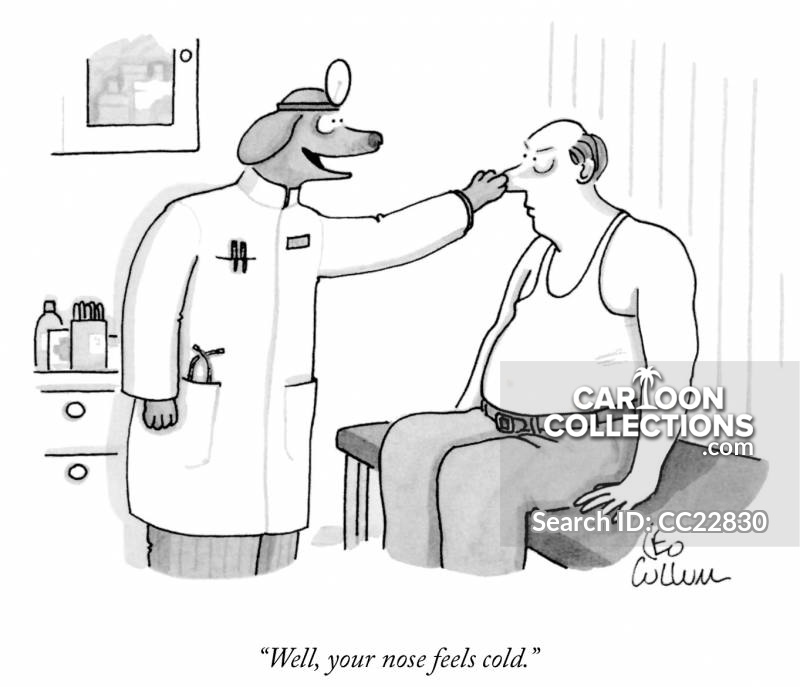 The nose that was seen in a dream, according to most dream books, symbolizes various troubles that should happen in real life. But, in reality, the explanation of why the nose appeared in the night plot can be quite blissful. Much depends on the plot details.

A nose, according to Miller’s dream book, promises that in reality there will be a situation in the near future, which will require to show all the strength of character. If this part of the face was very small, this means current affairs will end in failure.

To dream of hair in the nose is a symbol great accomplishments. They will happen only through courage and inner strength. If blood flows from your nose in your dream, then the misfortune will happen either to you personally or to someone close to you.

To dream about big nose predicts the birth of a son and material well-being, according to the interpretation of Grishina. Wisdom, patience and hard work will help improve your financial situation and strengthen your social status. To see that the other person has an excessively large nose means to be reprimanded at work. Also, a similar plot can promise the discovery of a talent for painting. It is possible that this discovery will seriously change your whole life and help you find a new, pleasant way of earning.

Seeing that your nose is very small in size is a sign of undeserved suffering. Most likely, others will not be able to understand you, which will lead to prolonged mental torment. In a dream, see the snub-nosed face by Grishina’s dream book is a sign of excessive naivety on an important issue. Be careful, excessive gullibility can turn into a big disaster. You can become a victim of money fraud or responsible for business that you did not commit. 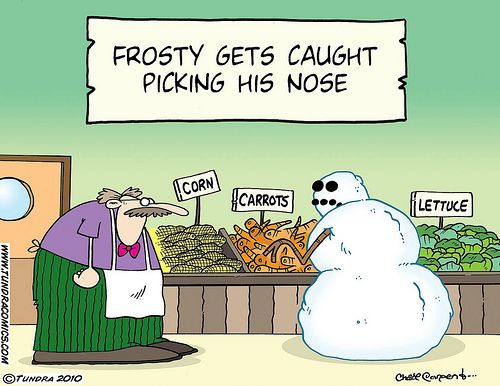 The interpretation of Tsvetkov says that an excessively large nose on your face or on the face of a stranger, seen in a dream, portends wealth and patronage from an influential person. Small in size, this part of the face promises great injustice.

The Noble dream book of Grishina explains why one dreams of blowing snot out of his nose. Blowing your nose in a dream means to receive a gift from relatives, family members or work colleagues in reality. If you have a pimple on your nose, then a child may soon get sick, and quite seriously. Also, your opponent can surpass you in something, which will cause a lot of worries.

According to this dream book, the meaning of a dream with a hairy nose is very blessed. This plot promises a happy life period, filled only with pleasant experiences. To see in a dream two noses of other people at once predicts obstacles that will necessarily arise on the way to the goal. If you are not scared to face them, then you can achieve unprecedented heights and become successful.

Dream interpretation of Grishina also explains what a broken nose means in a dream. Having seen such a story during a night's rest, get ready to face slander aimed at destroying your honor and dignity in reality. In addition, a serious illness can occur. To break someone’s nose in a dream means interfering in the life of another person, moreover, without his will.

What a broken nose symbolizes in dreams can also be found in Maya’s dream book. A similar injury promises a quiet life in the coming months. During this period, no unpleasant events will occur and you can live without worrying about anything. If your nose is red and swollen, get ready to face problems related to heart health.

Picking the nose and getting the booger out is a sign of numerous minor quarrels and disagreements with others. Only maximum peace of mind will help you survive this troublesome time. 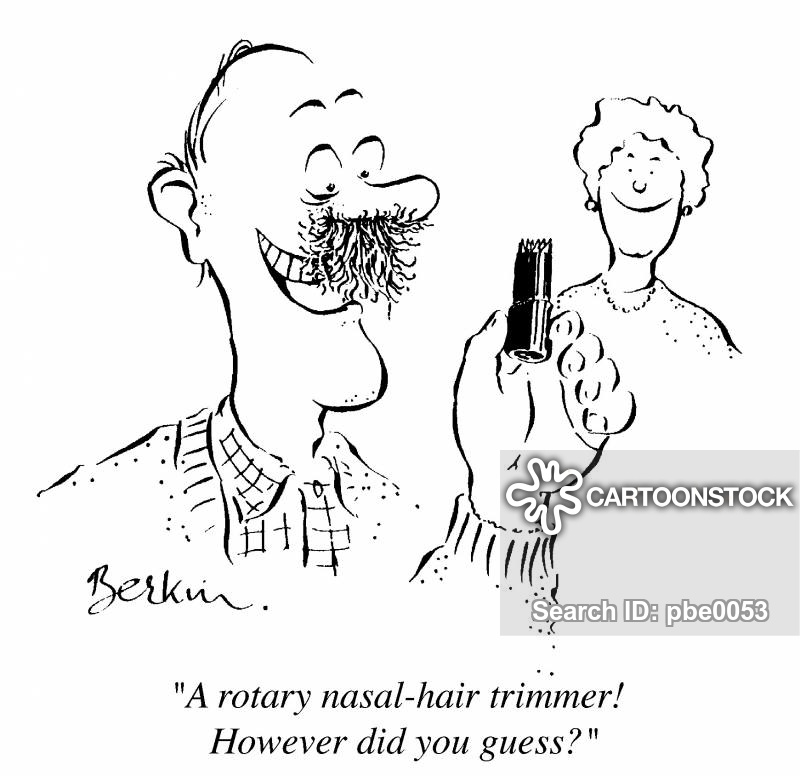 According to the dream book of Nostradamus, a kiss on the nose indicates a warm attitude towards this person. Kissing a stranger’s nose indicates thirst for love, which is sure to come, you just have to wait a bit.

According to the dream book, a nose piercing seen in a dream speaks of the need for general attention. To get it, you just need to do some worthy deed. To see a man with a ring threaded in his nose or punk with a pin in his nostrils means you will become a victim of the unbridled anger of your boss.

A New family dream book explains what a long bleeding nose is dreaming of. According to this source, blood is an extremely unkind sign. It is necessary to show utmost care so as not to become involved in an unkind story.

To clean your nose in a dream means to solve small problems that have accumulated lately. Do not postpone solving problems for a long time; otherwise they will only get worse. If your nose is very itchy in a dream, then difficult situations and communication with people related to any type of crime should be avoided in reality.

Having difficulty in your dream from communicating with a long-nosed man indicates the need to make a difficult decision in real life. Do not rush into this matter, since absolutely any haste greatly increases the possibility of making a mistake, which will be quite problematic to fix.

In some dream books you can also find an explanation of why one is dreaming of worms coming out of the nose. Seeing this in a dream, you should not immediately think about the bad. Various troubles may arise in reality, but they will all end quite safely. The main thing is not to give up and to look for ways out of difficult situations all the time, the dream book advises.

To see a face on which there is only a mouth and eyes (no nose) is a sign of death or a serious divorce.

To find out why one dreams of grabbing someone by his nose, you should also consult a dream book. This plot promises success on the love front. Lonely people will finally find the long-awaited beloved person whom they will respect and admire. Those who already found their love will only strengthen the existing relationship. 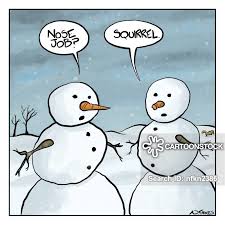 According to the Family dreambok, a dream about noses is our foreboding. Looking at your nose in a dream means that you should pay attention to things that have bothered you before. Hair growing on the nose portends luck in a clever plan that you yourself have long nurtured.

The bigger your nose is in a dream, the more you learn about what interests you, the more you will behave yourself right in a certain situation. This will help you avoid dangerous mistakes and avoid losses.

The big nose in a dream is also a symbol of wisdom. Sometimes a dream about nose enlargement predicts promotion and wealth, the Family dreambook states. Being left without a nose in a dream is a sign of loss and annoying mistakes. The same will mean a dream in which you will see that you have many noses or a split nose.

Here you can find interesting omens and superstitions about itchy nose.

Seeing people with a long nose in a dream warns you that certain people are watching you and trying to find out more about your affairs. Sometimes such a dream predicts that someone will try to poke his nose into your business. In addition, such a dream portends that your ill-wishers will begin to spread bad rumors about you in order to defame you. If you recognize a person with a long nose in a dream, you should be careful with him.

If it hurts when you bumped your nose in a dream (without blood), this means deceived loyalty.

According to the Noble dreambook, the nose symbolizes the son and what happens to him / something related to the male organ of love; what happens to the nose may concern the life of feelings and the ability to express them.

Seeing a red nose on the face of a person who drinks a lot is a threat to your health.

The dream in which you put pince-nez on the bridge of your nose speaks of your natural curiosity, which sometimes develops into unhealthy curiosity.

Seeing a broken bridge of the nose in a dream portends visiting guests, a plentiful feast and drinking, which will result in an unexpectedly erupted scandal in which the matter will somehow come to assault. Getting hit on the bridge of your nose in a dream - in reality you will find news of someone's death.

The results of the endeavor that you have planned will greatly disappoint you.