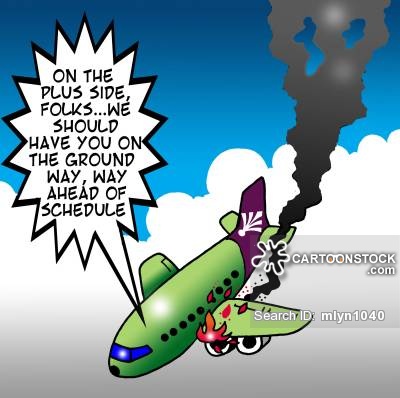 What is the plane crash dream meaning and symbolism? Airplane crash leaves very few chances to survive for those who are on board. If this frightening event took place in your dream, dreambooks recommend to pay attention on it.

Anything that is somehow related to a crash or accident is associated with danger. The dream interpretation suggests that the danger can come not only from outside, this dream can also be a reflection of your inner state at the moment, the person can become an enemy to himself. Maybe now is the right time to try to understand your emotions and eliminate negative behavior from your life.

Dream decoding experts believe that a plane crash often symbolizes the collapse of all hopes. For example, a dreamer waits in vain for help from a loved one who constantly lets him down.

A dream of plane crashing in front of you predicts someone's interference the result of which will be changes in your personal life. Being the participant of a plane crash with a big number of victims is a warning that the dreamer may have to survive the loss of a loved one or an accident.

Watching a plane crash from afar is a symbol of inaction in difficult situations. For some reason, the dreamer does not even try to correct the situation and waits for the sea weather.

Seeing a plane falling near your house in a dream is a sign that a person often falls into a depressed state, he needs psychological help. If people fell from a burning airliner, it means that deep down the dreamer is seriously worried about his close relatives.

If a wing or other aircraft parts fall off the liner on the fly, this means the dreamer will have new duties. Most likely, they will not be simple and pleasant.

Plane crashes are often seen during intra-family conflicts. The subconscious mind tries to keep a person from making hasty decisions. You can’t always burn bridges: we do not choose relatives and parents.

Some dreams interpretations suggest more optimistic explanation: if you happened to be in an airplane crash in your dream, nothing like this will happen in reality. You managed to avoid some kind of accident or undesired revealing.

Examining the wreckage of the liner after the plane crash - this plot symbolizes the results of your activities. They are none. Feel free to ask for help from relatives and friends, as well as from work colleagues. You can't do your job alone. You need to recognize this fact and change the tactics of action. 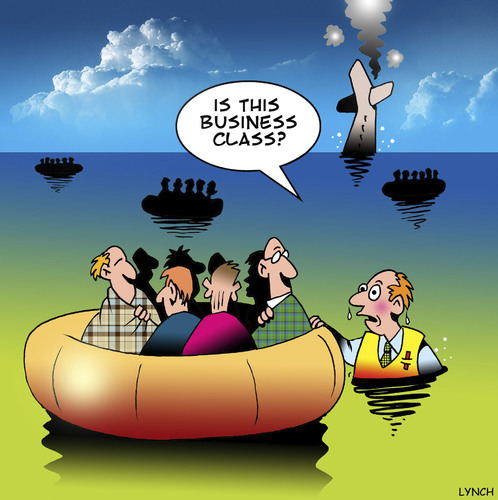 Did you dream of plane crash and got out safe and sound? If you were in an airplane crash but managed to survive this dream is interpreted as your rich experience to find the way out of quite difficult situations and shows your inventiveness.

If in his nightly visions the dreamer constantly gets into plane accidents and survives, this means his real life is filled with fears and panic attacks. In such a situation, a psychologist will come to the rescue. And the interpreters of dreams also warn: with constant visions of a catastrophe with or without the participation of a dreamer, you need to carefully look at your inner circle. Perhaps there is a traitor among friends.

According to Miller’s dreambook this dream reminds that your difficulties are temporary. You can fix both relations problems as well as financial ones.

The Italian Menegetti’s dreambook considers that if you survived in a plane crash in your dream this can show your inclination for suicide or murder which can be so deep that you have no suspicions about it.

Modern dreambook shows more optimistic meaning of the dream: any dream about plane crash or other accident will bring life changes that you needed so much. This dream calls you to start guide your life. Only taking the situation under your control you will be able to fix everything.

Some dreambooks think that if you often seeing crashes or accidents in your dreams this means that you have aggressive tendencies and are sometimes into conflicts.

What do dreams about plane crash symbolize? Freud considers that airplane crash in one’s dream can bring problems into your intimate life and family problems as a result.

Miller considered a dream about a plane crash in which you survive to be a prediction of a way out of the crisis and solving material problems.

Other interpretations of what a plane crash symbolizes in dreams by Miller:

According to Freud, the plane symbolizes a person's life, his sense of self:

According to Freud, if a person often dreams of a falling plane, this means intimate problems await him, which will end in the departure of a partner.

According to Vanga's interpretation, a plane crash may indicate aggression and anger that the sleeper takes out on his loved ones. Such behavior will end in divorce and deterioration of relations with relatives.

If the sleeper examines other passengers during the crash, the dream signals the close attention of a friend who cannot be trusted in reality.

If you dreamed that you managed to avoid an unsuccessful flight, this is a sign of indecision and fear of change. Watching the crash of the liner on takeoff - is a sign of unrealizable desires.

Loff deciphered the absence of fear during a plane crash in a dream as a sign of an easy overcoming of the sleeping person's age crisis. Hasse considered dreams of catastrophes to be prototypes of the dreamer's internal anxiety, which is caused by obsessive thoughts of betrayal.

Nostradamus deciphered the fall during the flight as obstacles that will arise when trying to change the usual way of life. Overcoming them will require determination and perseverance.

An Italian psychologist Meneghetty interpreted the image of a plane crash as subconscious desire to commit suicide. A dream can be a signal to the sleeper about the need to engage in introspection to overcome depression.

A fall on an airplane, according to the interpretation of the Islamic dream book, means the humiliation of a person, followed by the satisfaction of one's ambitions. If the passengers died, the dream may be a signal of the approach of retribution for the sins committed in the past.

The white magician Longo deciphered the dream with the plane crash as spiritual development, liberation from false attitudes and complexes.

Negative symbolism of airplane crash in a dream.

Dreaming of a falling plane from the side or hearing the sound of a falling airliner: get ready for the fact that in the near future you will lose your job or the opportunity to work.

Did you see in a dream how your close relatives suffer a plane crash? It's time to think about your behavior. The dream says that you are used to shifting some of your own responsibilities onto their shoulders or trying to live at their expense. In the end, this will lead to a violent showdown. It is unpleasant to realize such things about ourselves, but sometimes we really sincerely do not notice that we are not behaving in the best way. Through a dream, the subconscious is trying to warn you, so why not heed the good advice.

Surviving an aircraft crash may mean that your colleagues constantly gossip behind your back. However, these gossip do not bring much harm, so if you wish, you can ignore the slander.

If you dreamed of a crashed plane and dead people around, this means a loved one will betray you.

If you dreamed of a plane crash and an airplane that exploded during the fall - the dreamer will be fired after a scandal with the boss. Do not worry in advance: dreams are just warnings about what may happen in the future. You can very well change your future. Just do your job as conscientiously as possible, and also do not give vent to emotions in conversations with superiors.

Being on board an airplane during a crash and experiencing panic attacks - in real life, the dreamer fell into a whirlpool of unpleasant events and was unable to correct the situation. The best thing you can do is to calm down and try to keep what you have at your disposal (property, job, relationships). Now is definitely not the time to make plans for the future: you will lose what you have.

Being in the aircraft tail during the crash of the liner means one of your colleagues or acquaintances pulls you to the bottom, namely: invites you to take part in a dubious enterprise. You should refuse to participate in these frauds, otherwise everything will end very badly for you. But a colleague may well get away with it.

Did the plane crash together with the dreamer? Serious difficulties lie ahead for which you need to be prepared. However, the struggle with life's obstacles will temper the dreamer's character, as well as give invaluable experience that will be useful to him in the future.

Sitting at the helm and bringing the airliner out of a dive or equalizing flight control: the circumstances are threatening, and you will have to save yourself. Don't count on help.

What are the Top-5 negative dreams of plane crash?

Did you dream of a falling plane, but no one was hurt in the crash? In real life, the dreamer will be able to avoid danger. This dream speaks of luck or protection from above. If a person is worried about an unpleasant situation, this dream promises that he will be able to get away with it. You will find a non-standard solution, or maybe you will just be lucky.

Surviving during a plane crash is a sign of great success. Have you jumped out of a crashing plane in a dream? In reality, this is impossible, but anything happens in a dream. If the jump ended successfully, this means the matter in which your thoughts are now occupied will end successfully.

Seeing a pilot ejecting during a plane crash: the dreamer will earn honor and increase his authority in the eyes of others. This prediction applies to both colleagues and relatives of a person.

Did you dream of a plane crashing into the sea? This is a favorable sign, especially if the sea surface in a dream was clean and calm. You will be respected and appreciated even more. Circumstances will arise in which you will be able to demonstrate all your best qualities. This also applies to family relations in the conflict of generations: soon there will be reconciliation and peace will come in the family.

Seeing survivors after an airliner crash is an auspicious sign. Soon you will meet those who will help you in a difficult life situation. And this will be disinterested help.

Here are the Top-5 neutral dreams about plane crash.

Lend your money and lose your friend.

Airplane in the sky