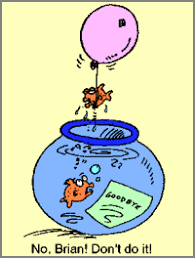 What does it mean when you dream about someone killing themselves? A suicide that someone commits can scare anybody, but such dreams are usually opposite interpretations. If one of your parents committed suicide in your dream, the Summer dreambook predicts their long life. If a parent’s suicide appeared in a dream of a school child, this image means that his parents will leave him alone and release of overprotection. Now you can fulfill your ideas without any doubts.

Killing yourself in a dream means that you will make a gross mistake that will ruin your whole life. Sometimes a vision of suicide promises a long and comfortable life. A suicide attempt in a dream is an eloquent reflection of the desire to get rid of the negative part of your ego. Sometimes a suicide attempt is a clear call from the subconscious to understand your soul, change your views and priorities. If it is associated with strong fear and anxiety, then the vision conveys an extreme degree of real panic.

If committing suicide in various manifestations appears constantly in a dream, then a double interpretation of the dream is possible. Either in reality you are really thinking about something like that, and it's time to ask for help, otherwise you will not avoid trouble. Or the suicidal plot only encourages not to give up in difficult situations and to endure the hardships of life. 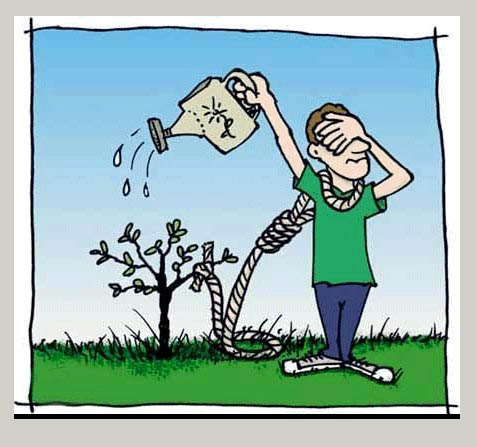 Did you dream that you had to kill yourself? In real life, a certain event will occur (and not necessarily a bad one) that will shake you to the core and leave an imprint on the rest of your life. Probably, you subconsciously feel that something has come to its logical end, be it a relationship, a certain situation or a whole life period.

A mother’s suicide, whose image is related to family relations, reflects problems in your marriage. Unlike mother, a father, symbolizes strict and constructive control. Seeing his suicide in a dream is interpreted as some kinds of obstacles: the dreamer will have to deal with his problems on his own not relying on anyone. This image can be a warning about her partner’s cheating on her. Other dreambooks consider a dream about one of your parents’ suicide as a symbol of a long-distance trip. You can also be sure that there is no threat for their health.

As Miller’s dreambook states, seeing your friend’s suicide predicts troubles connected with taking a serious decision. If your beloved man decided to finish his life in a dream (if you are a woman), you will have to decide whether to accept his adultery or break your relations. If your elder sister committed suicide, this dream means your business rivals will stop pestering you; if it was your younger sister this means you want to change and refuse of some habits and features of character.

If you saw blood on the body of the person who committed suicide, the dream warns you to be careful because you can get a bleeding wound in real life.

If you saw an unknown person killing himself, American dreambook considers that other people’s actions will spoil your life. This dream plot can also mean that you will become a witness of some accident. An Autumn dreambook thinks that witnessing somebody’s suicide is a warning about criminal prosecution. Suicide intention predicts problems at your own fault; seeing somebody’s suicide is a symbol of some shock that will change your life.

An attempt to save somebody from this final step is a symbol that you will pull his problems on you. But in this situation you can be sure that your family is strong and you can cope with any difficulties with support of your relatives. If there was blood on an unknown person, your ill-wishers can take you by surprise. In general, dreams about suicide predict long life to the dreamer.

For an accurate interpretation, one should take into account the method that was used to kill oneself:

If you dreamed that you cut your own throat, Medea's dream book promises tremendous and rapid success. If in a dream you managed to immure yourself alive, this plot means you will receive very unpleasant news.

What is the dream meaning of another person killing himself? Your affairs will be negatively affected by the problems of strangers. Seeing the death of another person from suicide means that you will become a witness or even an unwitting participant in an unpleasant incident. Sometimes someone else's suicide hints that you will fall under the influence of an unkind personality.

Seeing a familiar person killing himself means that you will be disappointed in someone. A girl may dream of someone's suicide before her lover leaves her. If your ex-boyfriend killed himself in a dream, this means there will be a failure in love in real life. The deceased person who committed suicide in a dream marks the failure of plans through your own fault.

A stranger killing himself in a dream, especially if he hanged himself, warns that the most dear person will offend you. Did you happen to see an unfamiliar drowned man? The interpreter believes that you will have to fight for your rights.

Did you have a dream about the suicide of a loved one? In a dream, this is a call to reflect on the meaning of life. Perhaps you are underestimating someone or doing something wrong. If in a dream a sick relative has killed himself, this is a sign that a miraculous healing awaits him in reality.

The dreambooks give brief interpretations depending on who killed himself/herself in a dream:

If you dreamed about mass suicide, this plot predicts business expansion. Thinking about killing yourself in a dream predicts loss of reputation.

The interpreters give other explanations of suicide symbolism depending on other plot details:

If you have something worth fighting for, then fight for it.

Shot in the head