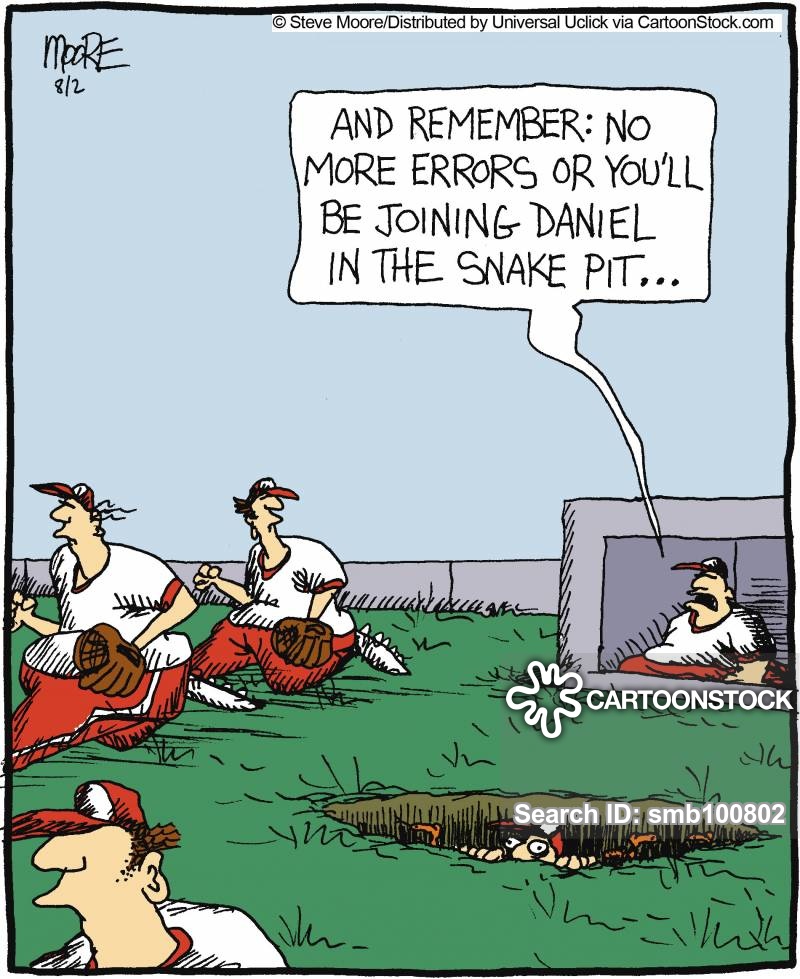 What does it mean when you dream about a hole in the ground? A pit that was seen in a dream is most often interpreted as an unkind omen. The exact explanation of why such a plot is seen in a dream depends on what the pit was filled with and where it was located. In most cases, the dreambooks interpret a hole as a symbol of impending disaster.

Falling into a hole in a dream is a sign of great difficulty that you will have to face in real life in the coming weeks or months. Solving it with dignity will not be easy. Perhaps this problem will have a negative impact on the future life.

According to Miller’s dream book, a pit in a dream can be both a positive sign and a negative one. For example, if in a dream you dropped an object to the bottom of a pit and after a long search realized that you had lost it forever, get ready for an unexpected enrichment in reality. Either you get a large inheritance, or you win a lot of money in the lottery.

Miller's dream book explains in detail what a dug out hole symbolizes in a dream. In his dream, to dig a hole in the ground on your own, and then try to vainly get out of it means to become aware of your mistakes. Up to this point, according to the dream book, you went the wrong way and did not even suspect about it. Now the time has come to rethink all the deeds of the last months and days and finally realize what should actually be done.

Falling into a hole at the bottom of which there are animals, according to Miller’s dream book means getting into a difficult situation. Moreover, troubles will “fall” onto your head due to your own negligence and stupidity. You cannot change anything. Try only, having survived all the difficulties, never to act imprudently again and not be "in the pit". Miller's dream interpretation explains what a big hole means in the dream of a woman. Such a dream predicts loneliness and prolonged depression in real life. If a man saw a similar plot with a pit during a night's rest, then he will soon get a very favorable position at work and excellent prospects will open before him.

If you often dream of a full cesspool, then, according to Miller's dream book, you should expect receiving important news. The news will most likely come either by mail or from a stranger and it will be quite significant. Filling a pit with soil in a dream means to commit an act in reality that will radically change the opinion of people around about you.

Why one dreams of digging a hole, is explained by Freud. Most likely in real life you are hiding some truth from others. Unfortunately, despite all your efforts, this secret will soon become known to everyone, and you will have to seriously pay for hiding information. The consequences of revealing hidden information can be truly fatal.

If in a dream you fall into a hole, then in reality you will commit an immoral act. Such actions include, for example, intimate relationships with married people. It is possible that already now you are facing the temptation and are considering whether to change your regular partner or spouse or to remain faithful. Before succumbing to the temptation, as the dream book advises, think about the consequences that will surely come.

According to Freud's dream book to jump over a hole in a dream predicts a problem in intimate life. Moreover, you are not trying to solve it, probably due to the natural awkwardness when dealing of such topics. But, do not delay the solution to this issue. Most likely, this will only aggravate existing problems in your intimate life. The solution should be sought only with your partner with a professional sexologist.

Freud also explains why one sees a man in a hole in a dream. Such a dream is a sign of your sadistic tendencies. In real life, you like to subordinate other people to your will and push them around. Moral violence against loved ones also brings pleasure. If you don’t want to be alone after all, review your inclinations as quickly as possible. 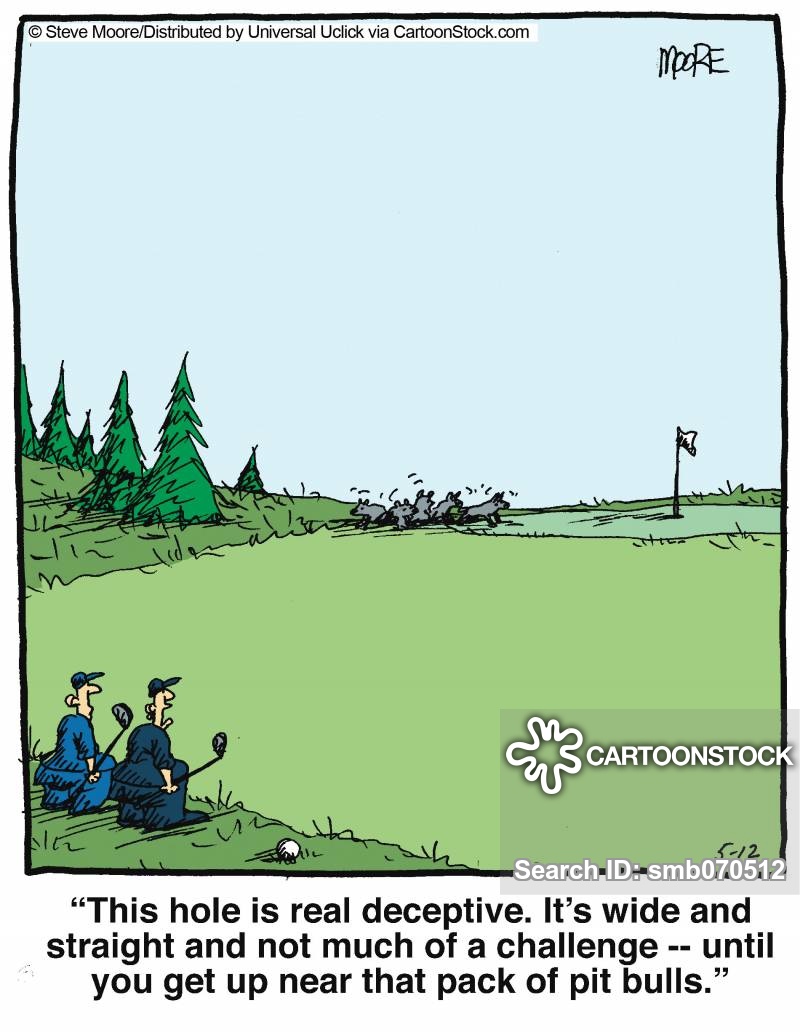 According to the Esoteric dream book, if you dreamed about a pit in the ground, then most likely you cannot solve pressing issues for a long time. You’d better defer the search for a solution to a later time. Life itself can suggest the most correct way out of a situation. This dream book also explains why you dream of digging a hole. If in a dream you carefully dug a hole in the ground, this means you unnecessarily engage in self-digging in reality. Do not be overly critical of yourself. Absolutely all people make mistakes, and they do this throughout their lives.

Jumping into a pit predicts failure in the current issue, the esoteric dream book states. You should not get involved in a business that you know only superficially. Failure in this case is the expected result. Moreover, the more you were afraid during the fall into the pit, the louder the failure and the stronger the experiences associated with it will be.

According to the English dream book, seeing a deep hole in a dream is a symbol of need and poverty. This is the result of current affairs. If a woman dreamed of a similar plot with a pit in night dreams, then in reality she would feel the estrangement of her beloved man and no tricks would help to change the situation and regain his interest. Another interpretation that pit means in dreams is suffering and disappointment in love.

Why one dreams of falling into a hole, is also explained by the French dream book. This plot, seen in a dream, predicts an unforgettable love adventure. A passionate and memorable romance or even long-term marital relations is possible. What exactly this love adventure will bring depends directly on you.

Jumping over the sewage pit or just crossing it over the bridge promises a small skirmish with either a representative of a certain state structure or an official.

Here are the Top-5 negative dreams about a hole:

What are the Top-5 positive meanings of seeing a pit in a dream?

An explanation of dreams of falling into the pit is also found in the Chinese dream book. This night vision portends great misfortune, which in the near future will happen in the family in reality. If in a dream a car fell into a hole or even a house fell in a pit, then in reality someone will die. It can be a close relative, or just a colleague or friend. The pit in the garden predicts failure in business.

If there was a painful fall and you kept sitting in a pit, according to the Modern dream book, this means plunging into the abyss of false dirty gossip and slander for a long time. Bad slander will seriously undermine your authority and humiliate in the eyes of others. Severe depression is possible.

To see a hole with deep bottom in a dream predicts a difficult choice in reality, according to Modern dream book. You will have to choose: to act with honor or with the maximum benefit for yourself.

According to the Modern dream book, to clean a cesspool in a dream means to perform work through force. You will have to perform those actions that you do not want against your will.

If you dream of a pit with shit, take extreme care. The enemy has already set up his “nets” for you and wants to harm you seriously. Getting out of the hole predicts successful overcoming of difficulties and solving problems.

Getting a friend out of the pit in a dream means to support him in real life as well. Only with the help of your efforts will a person dear to your heart avoid serious problems.

To look into the pit with stones and decide whether to climb into it or not, is a sign of thoughts concerning a certain dangerous adventure. Before you get involved in the business, you should once again think about the most negative development of events and evaluate the possible consequences.

Aesop explains the meaning of a mud pit in a dream. To drop some valuable thing in a dream means to commit an unworthy act in real life, for which you will have to pay with your well-being and peace of mind. If there are tigers or lions at the bottom of a dug hole, then get ready to deal with dangerous and cunning people in reality. Finding common language with them will be very difficult.

In a dream, going down to the bottom of the pit on the rope is explained by Aesop’s dream book as doing empty work that will not do any good.

According to the Noble dream book of Grishina, digging a grave hole promises marriage. This marriage will be good. Just seeing a funeral pit in the yard predicts someone else’s death or a serious illness of a loved one or a well-known person. To be in a hole full of shit is a symbol of a difficult period of life. It will take a lot of strength to survive all the trials.

Why one dreams about a pit on the road in a dream explains the dream book of Shereminsky. It means bad society. You are surrounded by insincere people who are capable of doing unworthy deeds for their own benefit.

As the dream book says, a pit with water seen in a dream predicts an uncontrollable course of affairs. Despite all efforts, you will not be able to take matters into your own hands. The interpreter also explains what a pit of sand and flowers symbolizes. Sand is a kind of warning about the fragility of your position. According to the dream book, a hole filled with flowers promises a good period in life, filled with joys and pleasant surprises.

In Islamic dreambook, a hole from a needle in a dream promises finding a new job; seeing a hole from a bullet - means an unfortunate set of circumstances.

Do not be afraid that it will not work out; be afraid not to try.