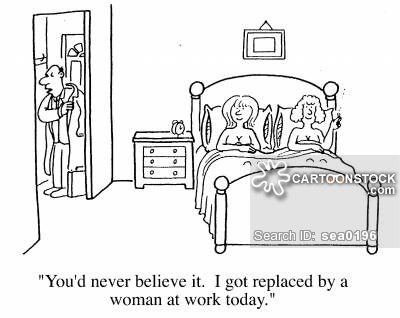 Often a lesbian in a dream means temptation and pretense. Also, this image opens the door leading to the most secret corners of the soul. Explaining lesbian love dreams, the dreambook mentions a responsible choice or an important decision. There is a high probability of changes that will affect external circumstances or worldview.

Miller’s dreambook offers situational interpretation of lesbian dreams. Communication with her promises interesting proposals in reality. According to the interpreter, this is a favorable sign that opens up new opportunities.

If a girl happened to see herself as a supporter of same-sex relationships, her social circle will change soon. The reason may be a difference of opinion, a change of activity or a move to another city or country.

If a woman happened not only to be a lesbian in a dream, but also to be caught off guard, the interpreters recommend that she be wary and watch her reputation. There is a high probability of spoiling a good relationship with behavior that the dreamer herself considers unworthy.

This is not the only explanation for what dreams of being a lesbian mean. Soon after awakening, the usual views on the well-known everyday aspect are to be revised and adjusted.

Freud's dreambook offers a different interpretation of what lesbian sex means for girls of traditional orientation. Very often it turns out that the dreamer lacks male attention.

If you had a dream of lesbian sex, in which the dreamer did not take part, but watched the lesbians, in reality her maiden pride will have a serious test of strength.

Dream interpretation promises that same-sex intercourse, seen in a dream, promises victory in serious trials. Despite the power of temptation, the dreamer will be able to resist it and maintain moral character.

Sometimes the dreambook offers to understand literally what you saw in a dream. If it is a pleasure to see yourself as a lesbian, it is possible that this is your true sexual preferences, which you dare not give a chance in reality.

A meeting with a representative of sexual minorities is a promises a bargain or promotion on the career ladder. If a lesbian was seen, the dreambook foreshadows a crossroads in the business sphere. Stability and well-being will depend on your choice.

If a girl in a dream had to be in a role that is alien to her in reality, she will have a lucrative business proposal, however, contrary to her moral principles.

Sometimes a woman happens to see herself in love with her best friend in a dream. The dream speaks of self-doubt and doubts that it is worthy of such a friendship.

If a man dreamed that his beloved is a lesbian, this image means that his jealousy and possessiveness are crossing all bounds.

Seeing a dream about your daughter being a lesbian is a reflection that parents are disturbed and saddened by the fact that they cannot devote enough time to communicate with their daughter.

Time will drain all tears and heal all wounds.