What does it mean when you dream about giraffe? This long-necked animal in a dream is a symbol of arrogance, overestimated goals and a great craving for the desired. The dreambooks explain this image in a dream as a wish to stand out from the crowd and big potential for success. As for the Newest dreambook, a dream about giraffe predicts promotion at work, as well as some events in the dreamer’s life that can pleasantly surprise his friends and family. A dead hoofed animal represents obstacles you will have to face in future.

Did you see a giraffe in your dream? Dr. Freud explains dreams about giraffe the following way: you will get acquainted with a person who will be very arrogant and will consider herself too dignified to have any contacts with you. If a woman sees such dream, this is a warning about disappointment from communication with a snob and proud man.

According to Miller, if you have a dream about giraffe behind the bars at the zoo, this means you will make some thoughtless step that will cause dissonance in society. If a woman sees a dream about giraffe in wild nature, this is a signal that she has fallen in love with a man who is not capable of serious relations. She will have to put all her efforts to call his favor and response feelings.

A man seeing two giraffes close to each other is very strict to his partner. The same plot seen by a single man is telling about his high selection criteria of his partner. If a young woman sees a couple of giraffes, this dream indicates her wish for romance and love adventures. 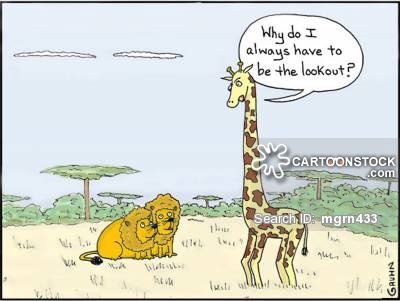 What do dreams about giraffes mean? A small giraffe reflects the inner struggle with yourself. Maybe you have to turn some of your doubtful habits and features of character into your advantages. A dead giraffe baby indicates loss of life goals and priorities. Mostly probable you have new plans in reality and to have to think them over properly before doing any steps. Miller considers that a baby giraffe is telling you that your new plans are not well-thought yet and can not be fulfilled at the moment. The small animal can also be associated with a perspective venture to which the dreamer is morally not ready yet.

A dream about giraffe who bows his head when he sees you is a favorable sign that the person you even didn’t expect respects you and cares about you. Feeding or petting the animal predicts absolute success in all your beginnings. If a woman sees such plot in her dream, this is a sign that a proud man is really interested in her. Feeding a giraffe can also indicate coming to peace with yourself or improving relations with a person you care about.

Riding a giraffe indicates the dreamer’s unacceptable behavior that can ruin his reputation. Your arrogant attitude can make people surrounding you turn around. Hunting the animal in a dream is a sign that you will hurt a person you really care about and will regret it a lot later.

You have an unusual equipment for success, use it properly.