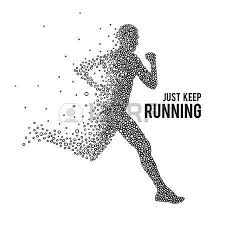 Running in a dream is associated with health and longevity, and is also a way of salvation from impending danger. What this action means in a dream is interpreted by the dream book taking into account many details, such as: location, type and reason for running, speed and motives of the runner.

Miller's dream interpretation explains why one is dreaming of running along the roofs, with the rapid success of a sleeping person, the opportunity to bring his wildest plans into reality. If the dreamer jumps on the roofs of houses, driven by fear, running away from someone, it means that in real life you can not only avoid danger, but also open your inner potential.

Running around the house in a dream, testifies to an internal search, a desire to understand one’s feelings, to model a picture of a future life. The dream run on water symbolizes luck in business, career. The race through the cemetery reveals the dreamer's inner fears, the desire to "bury" the past.

Dreaming about running in the rain reflects the state of joy and comfort in which you are now. Many people guess what the run up the stairs is about. Such an action means rapid career growth.

To compete in cross-country in a dream, portrays the unforeseen situation in which you need to make a decision quickly. To emerge victorious in a dream race - in reality, it will be possible to defeat competitors. To lose a run, having come to the finish line among those lagging behind - shows the need to assert your right to do your own brainchild. 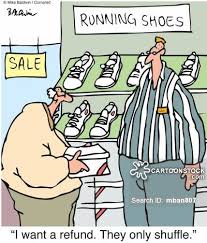 It’s easy to guess what the running with the obstacles (steeplechase) is all about. The dreamed vision symbolizes the difficulties that the dreamer will have to face on the way to fulfilling of his plans.

Running uphill represents the development of the dreamer, his desire for success. If the road along which the dreamer runs with obstacles means that you will encounter difficult tasks that delay the completion of goals for an indefinite period.

Seeing the finish line with obstacles on the horizon which rises uphill, promises troubles when completing goals set for yourself. If the runner’s route runs through the terrain, the road of which is charged uphill, then falls down – this means your business is moving forward with varying success.

To run on the spot or in unknown direction threatens a sleeping person with rash cash expenses. Running in a circle in a dream, according to the Dreambook of the Yellow Emperor, indicates a state of fixation, a repetition of the passed stages or situations in the future.

In the dream books another interpretation is described, why one dreams of running in a circle. The dreaming action reveals the likelihood of being bogged down in work in the future, like a squirrel in a wheel.

To participate in running competitions in a dream, according to the English dream book, predicts the defeat of an opponent or competitor. Becoming a winner in this sport prophesies incredible success on the love front.

To compete with someone in a race - in the near future you will find out that not everything that you strive for is possible to achieve. Watching how someone is competing in speed in a dream is considered a good sign, testifying to the successful implementation of your own goals.

According to the version of the Noble Dream Book of Grishina, a woman who runs away from a man in a dream is promised love and a sense of reciprocity. Running away from danger predicts loss and the inability to fix things in a way acceptable to you.

Running barefoot in a dream is evidence of excellent health. Running naked speaks of subconscious fear of exposing your feelings, emotions. According to the Common Dream Book, such circumstances may be the harbingers of an impending scandal. 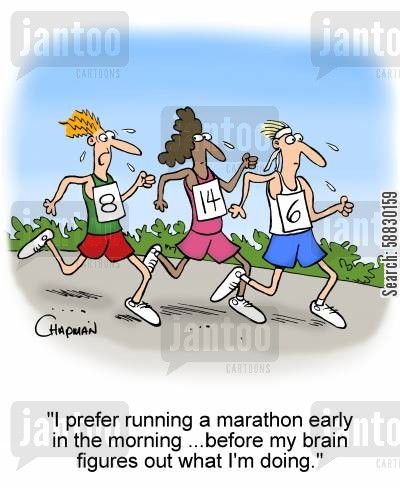 Running in the dark predicts events for which you are completely unprepared. A fast run portends a fun pastime; a slow one means a quick encounter with difficulties.

According to the Noble dream book of Grishina, running in a dream indicates dissatisfaction with oneself, the need for hurry. If it is fast, this means in reality you feel in yourself the strength to cope with the tasks.

Running alone portends the primacy on the path to career achievement. Running with a group of other people means an opportunity to take part in a fun event, as well as an imperceptible improvement in affairs.

A competition on treadmill in which you take part is a dream proving that you will be satisfied with yourself and your position for a long time, contrary to expectations to your friends.

An abandoned treadmill that is grown with grass predicts appearance of new tasks and new business that will completely capture you.

We are the ones drawing our lives.

Running up the stairs