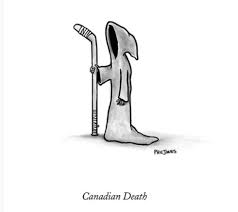 Death seen in a dream is an image that causes a lot of controversy. When you meet it at night, immediately ask the dream book: does death warn of distress or does it mean a new chapter?

Often, what is seen in a dream can mean the exact opposite, have an interpretation of a long life filled with positive emotions. But sometimes a bad premonition confirms your fears, a negative is supposed. Before you start preparing for the upcoming tragedy, consider what details that filled the vision, what unusual sensations visited you? Dream Interpretation will help you understand why death is seen in a dream.

You should decide whether the sight was creepy or neutral, did you see yourself in the role of a dead man or it was a stranger who was dead? You should understand the following points:

What is the meaning of a dream of death in a robe? It may appear in a variety of guises, but this one is the most appropriate to human notions. There is no need to wait for bad consequences, the cartoon image comes to say about global changes.

For a childless couple, a dream book gives a dream come true - the long-awaited conception! A person who has talked with a midnight guest in a dream is recommended by dream books to remember the conversation that has taken place – the words can contain a valuable wish, parting wishes.

Silent death with a scythe standing by the bed, also should not cause panic. It only reminds of the decay of being, gives a sign to review current affairs.

What are the customs of funeral and attitude to dead people in different religions?

If the patient dreams that he is surviving the last days – this means that complete recovery is near. The dreambook interprets the death of one’s sworn enemy as a coming reconciliation, an end to the feud, a peace treaty. Seeing several dead people is a sign of financial costs, motivation, unreasonable waste. There are explanations for each case:

To see your own death in a dream, according to the dream book, is a powerful sign. Such a large-scale incident is predicted that after it thinking, perception of everyday things will change completely.

Surviving a murder, feeling the departure of energy –means to make a hard-won, but true decision in reality. The next morning, when you wake up, you will feel a surge of strength, strength of mind.

Why does one dream of the death of family members if they are healthy? The death of a daughter or son reveals hidden fears, fear of loneliness. Mom, dad's death in a dream is sometimes caused by excitement about their well-being. The distance, the impossibility of meeting burdens you.

The death of the great-grandmother can be seen in a dream in anticipation of the expansion of the family. Talking to her as if she is alive is a sign of a successful resolution of tasks.

To see the last hour of a spouse is a sign of forced separation for an indefinite time. It may be associated with a business trip. Sitting at the deathbed of a beloved partner, shedding tears - parting will be a serious test for a relationship.

The bride sees in a dream the death of the groom before the wedding - the marriage union will be unbreakable. If the husband or wife died in a dream – you will meet a person from the past who is set to chat.

The deceased colleague or boss promises trouble, stress, irritation. Attempts to become someone else, get someone over to your side will be futile. You should continue performing your duties without getting into trouble.

Watching a stranger die, trying to help - that means there are people who like to start gossip nearby. The accident, as a result of which the innocent suffered - envious people cut off the path to your dream.

Authoritative interpreters offer quite interesting variations and explanations of why the end of existence is seen in a dream. A Female dream book offers to start preparing for the wedding, because when you die in a dream, you will definitely live a joyful, eventful life with your beloved companion!

The Islamic dreambook claims: fate has given you a unique chance to repeat the path traveled, using a different approach, updated knowledge. Esoteric dream book prophesies the dreamer cloudless days, excellent health. It remains only to wish for the implementation of the predicted!

Vanga promises the dreamer an unusual future: such a great message is seen only by special people. You will become a respected person whose name is on everyone’s lips. A meeting with an old woman with a scythe in a dream is a sign that you have a difficult mission.

Miller's dream book insists: it is important to hear every phrase said - they contain the answer to the question of why there is such an amazing dream. Having seen a relative who died a long time ago or a living but dying character in a dream, you should analyze what the conversation was about. You will be surprised to find that you received a thorough instruction from the deceased. Miller focused on communication with the afterlife.

According to Freud, the angel of death with red eyes, taking away your activity and vitality, predicts a loving second half, adding eccentricity to your common bed.

In a dream, you are lying in a coffin and you see how many mourners come to honor your blessed memory – your staying on earth will be long, you are destined to do many things for which you will receive universal gratitude.

If a man, who died long ago in reality, dies once again in your dream, such plot means that a distant relative will fall ill. The death of a nephew or niece is shaming the sleeping person because he cares very little about his blood bonds, treats them superficially.

The Gypsy dream book gives the following explanation: in a dream, a gypsy is fortune-telling you a coming death - boldly expect fatal love. If she reads your hand, the relationship threatens to be passionate, hot, full of jealousy and admiration. Otherwise, the connection will end as hastily as it began.

Why do you dream of a dying person bleeding? The future will bring wealth to the family. Exhausting work awaits you, but the result will satisfy you.

Sleepers are concerned not only about strange encounters with the death of relatives and friends, but also about visions in which the death of our smaller brothers appears. What can mean dog or kitty dying in a dream?

A pet shrouded in care personifies the owner’s weaknesses, and that is why the death of an animal in front of your eyes promises hindrances in moving towards the goal, the setups of your competitors in your work, unwillingness to seek compromises on the personal front. A wild beast dying in torment visits strong-willed people who are destined to survive disappointment. The following plots are also significant:

Dream Interpretations indicate: news about the sad fate of acquaintances you barely know (neighbor, classmate) is sent to evoke memories of what has begun, but not completed. And, if specific insignificant people brought the news of your imminent transition to another world - soon you will really have the opportunity to get to know them closer.

The children's mind understands the fine line between the worlds better than the adult. The face of death appeared to the boy – there will be some events that will raise the child to the pinnacle of success. If the dream is constantly repeated - parents should determine the inclinations of their son and begin to develop them.

What does the image of death mean for a girl? She was born to be a reward and pride for her family. Death kissed the child - it is assumed that the child will become a young talent, will have certain skills, will become incomparable in any form.

What dreams people see before they die? Can dreams predict death?

A loved one dying