The ship seen in a dream foreshadows that you will have the opportunity to have a good, interesting and fun time soon.

If you are leaning over the side board too low in a dream, you can expect big changes in life. Being on the ship during the rocking means you give in to fears and doubts. You must analyze the situation calmly, and then you can find a way out of it.

If you dream that you are on the deck, which is rocked by strong waves, this means that you will encounter a disaster or connect life with an unworthy person.

The Modern dreambook assumes that a quiet sea and a ship are symbols of success. Such dream promises happiness and strong relations for a couple in love.

If you are dreaming of a steam ship and walking on its deck, get ready for a meeting with a man who has arrived from afar. You will learn a lot of useful news from him.

If you dreamed that you went on a sea voyage, it means that in real life you console yourself with unrealistic dreams. 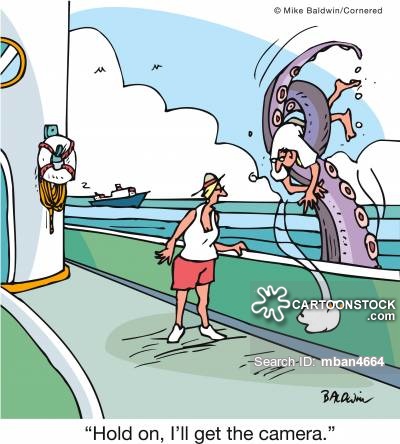 To see the steamer off in a dream means to say goodbye to a friend or to change a familiar environment. If you had a dream of a ship leaving, you will have to say goodbye to your hopes, but troubles and problems will remain.

The dream interpretation of the Wanderers asserts that getting off the ship in night dreams means achieving the intended goal. To see a shipwreck is a sign of tears.

If you are dreaming of a sailboat, you will have to resolve an issue that concerns your conscience. Try to be guided by common sense and logic and not be led by instincts.

The Wanderer’s dreambook assumes that a sunken ship in a dream predicts meeting with an enemy. Another interpretation of such plot is a possible marriage coming.

If you are in the cabin of a sailing ship in a dream, this plot promises you will have a good time.

Miller considers a ship in a dream a positive sign. If there were several ships in your dream, get ready to receive promotion. Shipwreck promises a collapse in business and deception by ill-wishers.

Seeing a ship during the storm in a dream means you can not handle the situation and will not be able to hide some closed information from your friends.

Military ships seen in a dream are a sign of parting with people you care about. Miller’s dreambook warns that if you saw a broken ship, this may portend gossip in business sphere.

A boat standing in port in a dream means that a great danger can be avoided. If you see a ship at anchor, you should not change your decision.

If you were leaving the shore on a boat, the dreambooks assume you are seek for great changes.

The Eastern dreambook believes that a sinking ship is a sign of dependence on group interests, as well as a sign of the negative impact of collective thinking.

A dream in which you are walking on the deck of an ocean liner cruising around the world portends that your efforts will not be in vain, your diligence will be appreciated. Watching a storm break out in the ocean from the deck is a harbinger of dysfunctional family relationships, possibly a divorce.

A dream about being carried away from the deck by an oncoming wave overboard means you will not be able to resist the pressure exerted on you. Seeing from the deck the distant light of a lighthouse on the shore when returning from a distant voyage portends auspiciousness in a business that will lead you to success.

You haven’t arrived yet, but you are already going back.

Swimming across the river