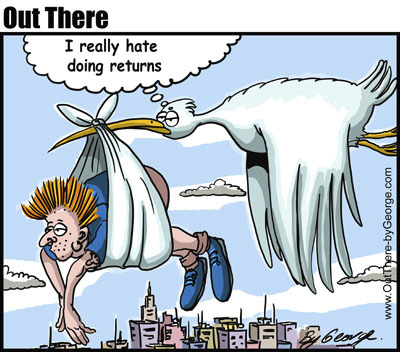 From time immemorial, the stork has been considered a talisman of the family hearth, a herald of happiness and well-being. In the dream, this bird symbolizes the birth of a new life, a happy marriage and a family idyll.

It is a good sign to see a stork in a dream for people whose goal is building a career. This is a good symbol meaning successful promotion, as well as the emergence of opportunities to show your best qualities and abilities at work. This time must be fully devoted to work, without being distracted by other questions.

Miller’s dreambook interprets a stork in a dream only as positive changes in a person's life. There will be a successful new undertaking that will bring well-being and prosperity to the dreamer's home. There may be significant changes in the workplace, which will favorably affect your financial situation. This image also promises receiving good news, replenishment in the family.

If an unmarried man sees a stork in a dream, this is a reminder that it is time for him to have a family and children. The onset of time, when you need to think about the continuation of the race and the upbringing of the heir, this is what it means if a stork was seen by a married man. Such a dream may indicate that a young person should devote more time to his children, as well as to relatives and friends. His support and participation is very important for people close to him.

A black stork seen in a dream marks the approach of an unfavorable period in the life of the dreamer. This may be bad news about the health of the relatives of the dreamer, or the accident that happened. The image brings problems at work and bad profit for businessmen.

As for the white stork, the dreambook interprets it as soon receiving of pleasant news, as well as luck in all undertakings. In some cases, such a picture is designed to dispel the dreamer's doubts regarding some endeavor.

If you dreamed of a dead stork, it means that man’s plans for preserving or creating a family will not come true in the near future.

Watching the stork nestling in a dream symbolizes a person’s desire to acquire offspring. To feed the chick hints that the person needs to devote more time to his children and relatives, who are in great need of his society, as well as support and help.

If a young girl sees two storks in a dream, such symbol is a promise of coming reunion with her beloved. If the lady is in search of a man, this plot brings her acquaintance with a perfect candidate.

In Islam, seeing a flying stork in a dream promises you a favorable marriage and a successful journey. If storks come together in a dream, you will have to communicate with criminals and thieves and be at enmity with them. 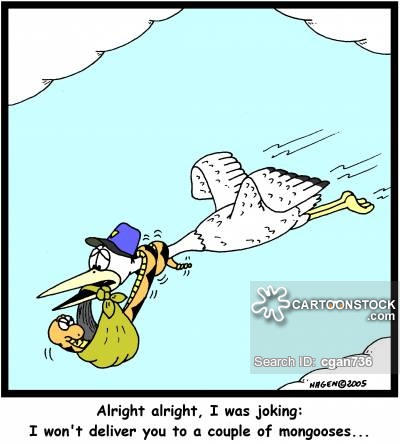 Vanga interprets a lot of storks as a threshold for a grand event or festival, in which a large number of people will be involved.

A dream about stork on the roof suggests that the dreamer formed the correct principles and foundations of life, which allow overcoming all the difficulties on the way to the implementation of the plan.

Seeing a stork that flies towards the dreamer is interpreted as the onset of positive changes in a person’s biography. Such dream says about the imminent pregnancy for a woman.

You may find out what other dreams predict pregnancy here: https://checkmydream.com/interesting/what-dreams-predict-pregnancy

If a stork flies away from a dreamer, the dreambook advises you to think about your actions performed in real life. Perhaps the behavior of the dreamer in reality will be the cause of family troubles and life failures in the future.

A couple of storks seen in a dream are a symbol of finding your second half and determining your life position.

Storks in the sky are interpreted as cloudless family happiness, as well as career success. The stork in the house in a dream means idyll and mutual understanding between the household. For a woman, such a picture personifies her pregnancy or someone’s in the family.

A stork in the nest is a sign that you will be able to make your “nest” and take care of your personal life soon.

To stroke a stork in a dream is interpreted as an unexpected joy or an accidental find. This time is considered very favorable for the person, so do not be afraid to take risky steps and start a serious endeavor.

Feeding a stork is a promise of easy solution of the problems and everyday troubles.

A flock of storks flying over the house and screaming in a dream symbolizes deserved success in the business sphere.

A bird with a broken wing in a dream is interpreted by a dreambook as a warning about danger. Watching the wounded stork quietly signifies that the dreamer will face injustice in real life, which will greatly affect the material and financial state of affairs. Besides that you will not get help from anyone.

Trying to help a wounded stork in a dream is interpreted as significant changes in life that can affect the dreamer's world-view and his overestimation of values. Perhaps a person will have to say goodbye to old and unreliable people and make new friends in this difficult period.

Our perception and attitude toward any situation will determine the outcome.