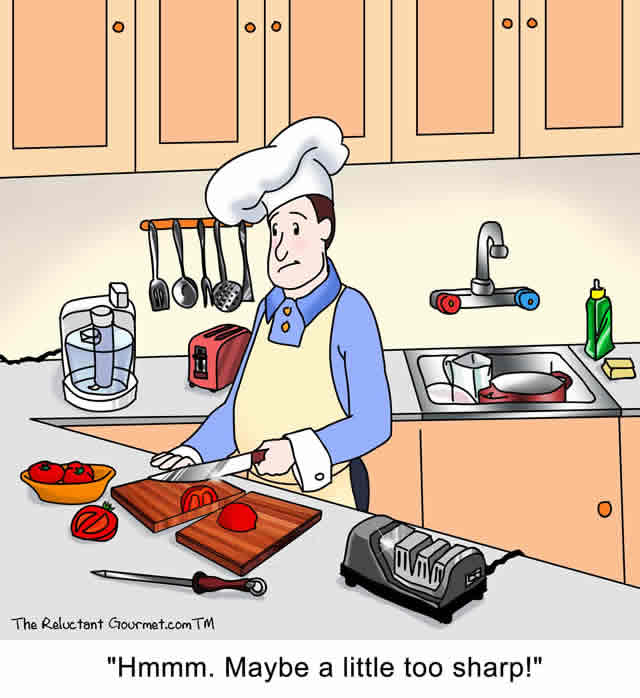 A dream about knife warns of trouble in affairs and love, discord, conflict, financial difficulty or illness. But some plots in a dream promise overcoming difficulties, resolving a difficult issue, resolving a conflict situation.

To see a new, well-sharpened knife foreshadows some sharp confrontation. You should be alert and try not to conflict. Sharpening a blunt knife is a sign of disagreements, troubles in the family because of your cavils. Avoid long quarrels, try to put up quickly. A rusty blade is a symbol of dissatisfaction with your family.

According to Miller, if you got a knife wound it is a sign of troubles at home. You can also suffer from the machinations of enemies. According to Vanga, a knife cut symbolizes having a rival, but you will find out about it too late.

Losing a knife and searching for it means that someone uses the dreamer for his own purposes, but the person is unaware of it.

Cutting something with blunt knife in a dream is a signal about teenage complexes that you haven't got rid of yet, Freud thinks. Purchasing a nice decorative knife in a dream shows the dreamer’s wish to control the situation all the time. 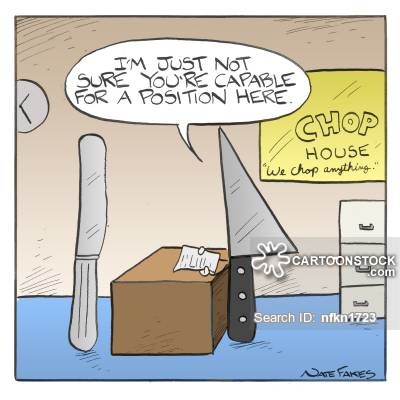 A dream about broken knife means you can not objectively assess the situation, so there are often serious failures. A hunting knife is a dangerous sign, warning that someone is going to give you an unpleasant surprise.

Big knife means the dreamer perceives reality in a distorted light, exaggerates the difficulties. It is necessary to perceive everything more simply, more positively. Was a huge knife in a dream? The dreamer in danger. You will fail to defeat your enemies quickly.

Walking around with a large knife or hatchet in your hands means that a dubious, risky undertaking will be a success. A dream about dagger is a warning of intrigues of ill-wishers.

A dream about knife with bloody spots means that your life failures are connected with the curse that your forefathers brought upon themselves. It is necessary to cleanse from negative energy. If the knife was stained with blood, you will incur financial losses or part ( quarrel) with a close person for a long time.

Did someone put a knife in your back in a dream? Islamic dreambook reports: ill-wishers will try to sneak a blow. If you stabbed a knife in yourself - dramatic change of plans. You may soon find out some information that will make you change your mind. 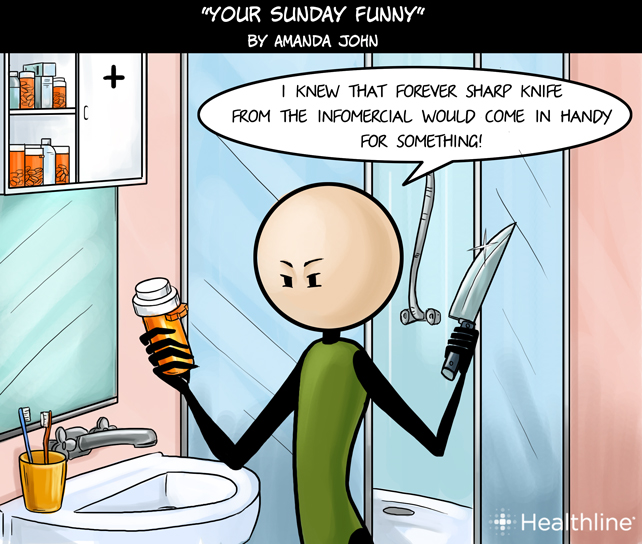 If you saw another person being stabbed, you may be deceived into trouble or forced to participate in unseemly deeds.

The dreambooks take into consideration which part of the body was stabbed:

If you stick a knife in someone’s leg, this person really wants to hurt you, but you break these attempt unknowingly s. If you stabbed the enemy in the side, you will have some material damage.

If you have wounded someone by negligence, such plot means that deciding to help a friend, you will only do harm.

If your mother was washing knives and spoons in your dream, this means changes will bring negative consequences. If she hurt herself by mistake, she will become the reason of the dreamer’s problems.

If your father was sharpening knives and scissors, you will have to do some very unpleasant work, but it will bring good results. If your father gave you the knife, he will ask you for a favor that will start some problems in real life.

If you were stabbed with a knife in a dream, you should be ready for problems in financial sphere. If a bandit was chasing you with a knife, someone close to you is spreading gossip in order to hurt you. If you fought back and cut the gangster with a knife yourself, you will be able to get rid of bad influence.

Fighting and stabbing the enemy with a dagger or a long knife in battle promises a struggle with difficulties.

Buying a kitchen knife in a dream points to the dreamer's very high self-esteem. He would like to be higher than others, controlling them. If a woman bought a new knife, this means she will have new admirers; this will make the old ones jealous and angry.

Seeing a penknife in a dream predicts conflicts and troubles.

You have an unusual equipment for success, use it properly.

Killing with a knife