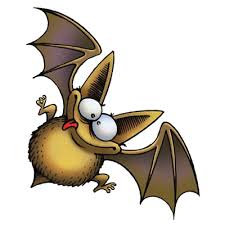 What does it mean if you dream about bats? Due to the habit of nocturnal life, bats acquired a halo of mystical creatures: it is enough to recall the legends about Dracula, who allegedly had the ability to turn into a bat. Almost all dream books attach great importance to this symbol. What is the meaning of a bat seen in a dream? Our article is devoted to this issue. We have tried to collect the most interesting and time-tested interpretations of this ambiguous symbol for you.

The bats live in caves and can see in complete darkness that is why bats in dreams may symbolize your fear for the unknown. You should better trust your intuition and have a look inside your mind. Modern dreambooks consider that dreams about bats promise a trip. The Chinese consider bats a symbol of long and happy life.

American Indians think of bats as a sign of good intuition and revival. Usually after such dreams people feel recovery of life strength. A dream about sleeping bats is not a very good symbol. If you saw bats looking into your window it can mean that the representatives of other world may be present in your life. A dead bat predicts some illness and you should take care of your immune system.

Some dreambooks consider bats a symbol of sorrow or bad news. If you watched the flight of the bat and felt it was stalking you in a dream it means you have fear for the world around you. As strange as it sounds if you saw a dream where you married a bat you can be expecting marrying the best woman ever in real life. A white bat is a very negative sign of a serious illness. See a bat flying in a room can predict a rapid leaving. In general dreams with bats advise you not be too trusty and take a better look at people around you, some of them may be manipulating you. 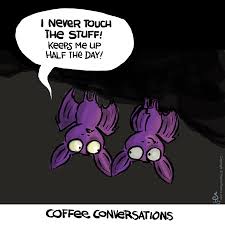 To see a white bat in a dream and try to catch it - symbolizes the subconscious desire to stand out from the crowd. If you managed to do this, your original ideas will be highly appreciated by the authorities and those around you. Other interpreters have different explanation for such an image. If you have dreamed about a snow-white bat, you should treat such a dream with utmost attention - this is an important warning. A white bat can be a harbinger of a serious danger threatening a sleeping person, up to physical death. However, some interpreters consider the unusual animal a symbol of spiritual rebirth - so significant that it can be called the death of a former personality and the birth of a new person.

Dreaming about a grey bat predicts a trauma. The coal-black bat symbolizes the darkness that has made its way into the mind and soul of the dreamer. If a man or woman dreamed of such an animal, you should pay attention to your thoughts and feelings: perhaps you are very envious of someone you know, which distorts your usual behavior.

A bright scarlet bat that does not exist in nature warns of an unexpected conflict with a person or people who are not part of the circle of communication of the dreamer.

It’s easy to guess what it means to kill this small animal in a dream. According to most dream books, this dream symbolizes victory over ill-wishers and the ability to cope with obstacles that have arisen on your way.

Here you can find interesting omens and superstitions about bats in your dwelling.

If a bat bites you in a dream it is a negative symbol that will bring bad news, losing job, illness or finding out about betrayal. This dream is warning about coming troubles. An attack of your arm - troubles at work; a bite in the head - problems in the family; neck bite means you can be attacked by criminals;a bite in the face means you will have difficulties in relations. Catching a bat is a positive sign meaning you will overcome some situation, maybe with the help of others. 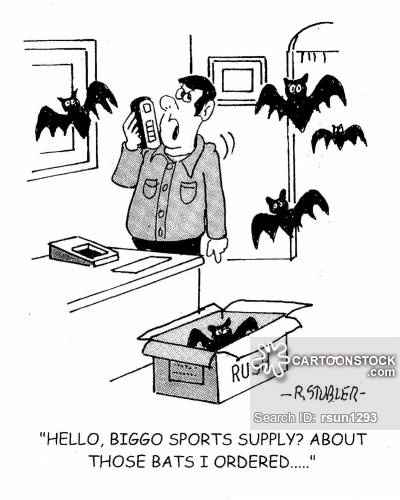 Interpretations of dreams about bats differ significantly depending on the sex, age and social status of the dreamer:

When you see a lot of bats in a dream, you should prepare for a lot of worries and troubles that will take a lot of your time. If the bats fly around you and produce an annoying squeak, such a dream promises loss of reputation or social status, the restoration of which will require a lot of effort.

According to some sources, a flock of bats flitting in the air indicates a variety of sexual interests and the dreamer's love interest.

A bat that suddenly appears in the house portends an unplanned meeting. Most likely, self-appointed guests will turn out to be unpleasant for the dreamer, the meeting may end in a major quarrel. If the bat is rushing around the house in search of a way out, it means that troubles are already waiting for you at the very doorstep: like this bat, you will be looking for a way out of an unpleasant situation.

A bat sitting on your head indicates heavy thoughts and a gloomy worldview of the sleeping person. If the bat sits on your shoulder, this means that you are the source of most of the problems that happen to you. Examine your shortcomings and weaknesses, stop clinging to others - you demand too much of them, but you yourself do not give what your loved ones need.

A bat entangled in the hair of a sleeping person foreshadows a series of troubles and problems.

Bats talking with the dreamer is a very important nuance of a dream, you should try to remember exactly what the mysterious nocturnal animal wanted to tell you, this information will be useful in the near future.

Catching and holding the bat firmly in your hands - this image predicts successful completion of an important business, the result of which will have a positive impact on your life for a long time.