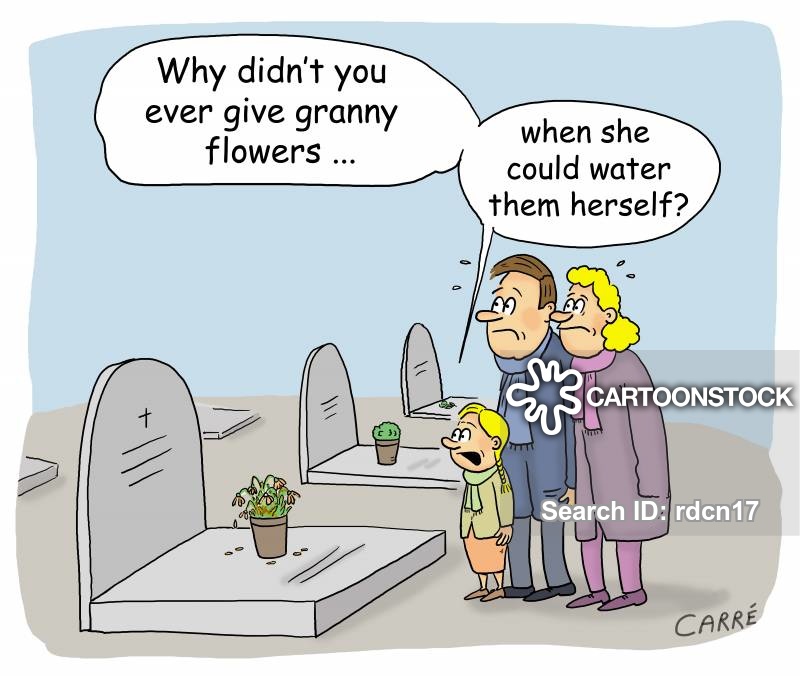 What does it mean when you dream about your deceased grandmother? The late grandmother in a dream is a very important sign, which is worth paying special attention to. This image is interpreted differently by different dream books. To understand what such a dream is about, you should carefully recall your dream to the smallest detail, remember possible words or dialogue with the deceased, your own feelings in a dream. By putting together the images and getting a full-fledged picture of the vision, you can look for an interpretation in the dream book.

The deceased relatives come in a dream for a reason, but in order to warn of something or to point out something important that we have lost sight of. To those who happened to see the deceased grandparents in a dream, dream books advise to pay attention to this dream, because it contains encrypted information, which, in most cases, relates to relatives.

A dream in which the deceased grandmother often appears may indicate that the deceased should be remembered and honored. Most often this is done in this way: candies, cookies and other sweets that the old woman loved during her life are bought and they are supposed to be treated to neighbors, colleagues or just acquaintances with a request to remember your relative.

If a late grandmother appeared in a dream, then, according to the dream book, the dreamer should expect big changes in life. This may apply not only to family ties, but also to the working and personal sphere. A radical revolution in human consciousness is possible.

How to find out that a deceased loved one became your Guardian Angel?

A dream in which your living grandmother was seen dead in a dream does not portend death in any way, but rather, on the contrary, it promises a long and happy life. In most cases, dreambooks interpret such a vision as subconscious worries for your granny. Perhaps in reality the old woman got ill, and your fears began to manifest in a dream.

Many people ask what does it mean when you are dreaming of your dead grandmother being alive? If you dreamed that the deceased grandmother was alive, then you should carefully look at her. If in an dream the old woman does not try to take you aside and tell you something and does not make any attempts to talk with the dreamer, but simply behaves as usual, then significant changes in the family are not expected.

If the deceased grandma does not move away from a certain person in a dream, talking to him, taking his hand or just walking near him, then in reality one needs to see the people seen in a dream, because relatives miss and remember the dreamer. 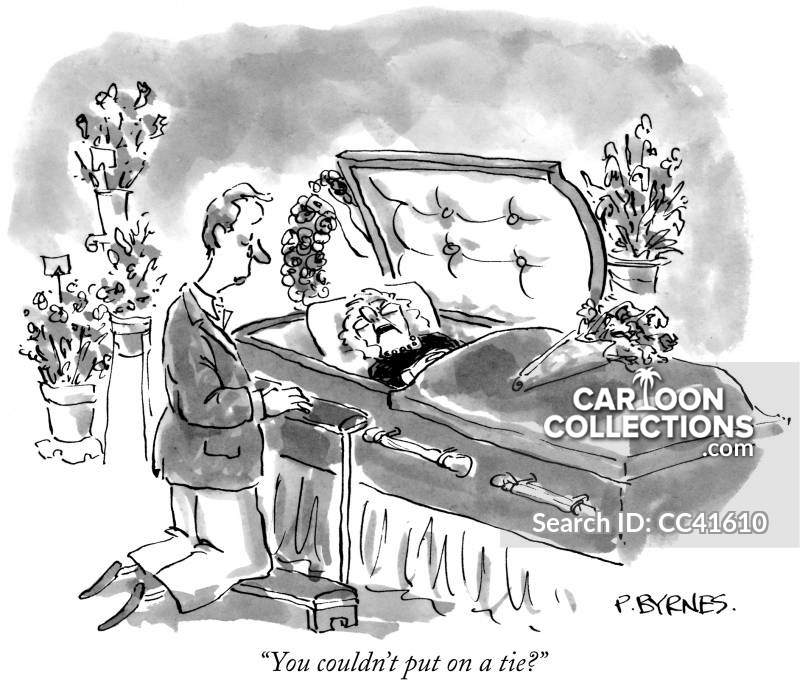 According to the dream book, a similar image suggests a woman that she made some unforgivable mistake in the past, for which she would soon have to pay with her own happiness.

A dream in which the late grandmother came to life in front of the dreamer is considered unfavorable. Such a vision, according to the dream book, warns of misfortunes that will soon fall upon a person or his relative. Often the result of such cataclysms is someone else's intrigue and slander.

Seeing a dream where the deceased grandmother dies portends some unexpected news, which can be either positive or negative. For a girl, a similar picture promises the appearance of a favorable moment to assert herself at work, and for beginners – it means getting closer with colleagues.

Getting into a difficult situation due to the wrong choice, which will be the dreamer’s fault, that’s what the dream is about where the deceased grandmother swears. The dream book advises to beware of rash acts and weigh each step and ponder your every word.

If you constantly dream about your late grandmother who is in good mood, is beautifully dressed and made up, it means that in real life a dreamer will do well and all worries are vain and groundless. For a married young man, this vision is deciphered as a coming breakdown (divorce) with his wife.

Seeing an old woman silent and sad promises unpleasant events that can lead to unexpected consequences. For men, such a dream can portend unfinished business, which should necessarily be completed.

Seeing in a dream how your dead grandmother is crying means that one should expect serious squabbles and conflicts with relatives soon. In most cases, the cause will be just a trifle, which is only the tip of the iceberg, but like a match that can ignite a serious scandal.

For young mothers a dream about crying deceased grandma according to the dream book, reminds them that they need to look better after their young children, because they can get very sick or get hurt. For a long time, the girl will feel guilty for the manifested negligence.

If a person happened to kiss the deceased grandmother in a dream, then one should expect deterioration in his own health, frequent ailments and a painful state of the whole organism. Seeing the deceased kiss someone predicts serious health problems in a person who appeared in a dream. If a relative kissed someone’s forehead this can mean the unexpected death of that person.

In order to explain what dreams of feeding your late grandmother mean, you need to remember the dish with which the old woman was treated. If you gave jam to your grandma - beware of cheating, a girl should not trust a young man who claims to become her husband.

If a young man dreams how the deceased woman feeds him, it means that he has to think about his own health and the correct daily routine. To a single man, such a vision is interpreted by the dream book as the desire to find a family, to acquire heirs.

Hugging the deceased grandmother in a dream is interpreted by the dream book as a person’s need for care and guardianship. In some cases, a dream can mean nostalgia for someone. 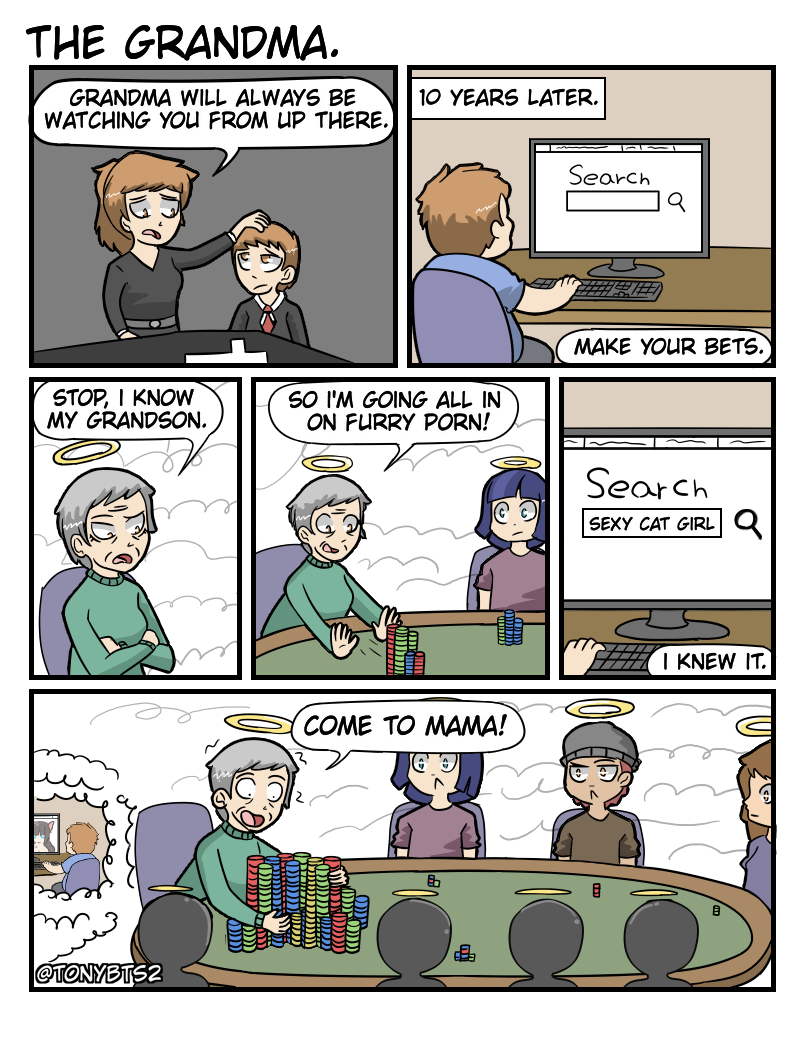 The dream in which the deceased grandmother gives you money indicates that in real life a person experiences (or will experience) financial difficulties, up to the point that he will borrow money from unfamiliar people. This state of affairs may lead to the dreamer becoming dependent on these persons who can use him for illegal and unkind affairs.

The deceased relatives who visit us in a dream do not always look the same as in life. However, you should not ignore your dream just because of this, because all the details can help you learn more about what the late grandmother represents.

Seeing your late grandmother with someone else's face in a dream indicates that it is better for the dreamer not to trust strangers, since they carry a potential threat. You should try to shorten your stay in the company of unfamiliar people in the near future, not to trust your acquaintances and not be fooled by provocations.

If the face of a loved one acquires the familiar features of another person, then you should take a closer look at him. This vision may not always indicate negative points. Sometimes a dreambook interprets such images as assisting the native spirit in solving difficult situations, pointing to a person who can solve the problem.

Seeing how the deceased grandmother is lying in a coffin warns the dreamer about rash acts that can greatly affect the relationship between family and friends. The dream book advises to watch your own words, so that later you do not bitterly regret what was said.

It is useful for young girls to know why a pregnant deceased grandmother appears in their dreams. This dream portends quick joy, surprise and replenishment in the family. It also means successful undertakings, and for a woman - a new stage in life.

If you dream of the house of your deceased grandmother, it is important to recall its details. If it is new, clean and bright, this means a successful acquisition will soon take place in the dreamer's life. Old and abandoned house – predicts troubles associated with old gossip or conflict. Businessmen should not get in touch with people with whom they were previously in quarrel because they will not meet your expectations.

The words spoken by the deceased old woman are of great importance. Sometimes spirits communicate with us through those phrases and sentences that cause certain associations. You need to listen to your intuition and interpret the meaning according to your own understanding of the phrase.

If your late grandma behaves uncharacteristically, too aggressively and defiantly, then, according to the dream book, one should be afraid of squabbles and strife in the family, because the scandal will be violent, prolonged and with serious consequences.

According to the dream book, the quiet, silent image of the deceased grandmother with reproaching glance indicates that the person went the wrong way and made a lot of mistakes for which he and his family and friends would have to pay. 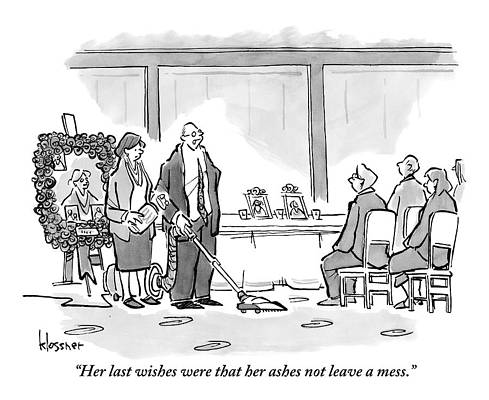 What is the dream meaning of seeing your late grandma by Miller? Miller's dream book interprets a dream of the deceased grandmother as a very unfavorable sign that promises disappointment, failure and illness in reality. However, a dream in which you have to hug a dead old woman is interpreted as a favorable sign that portends health and longevity.

Miller's dream book interprets a dream in which one happened to see the house of the deceased grandmother ambiguously. On the one hand, a deceased relative warns that someone along the birth line of the dreamer will soon become seriously ill. It is also a reminder for a person to pay attention to his relatives.

However, if you see how its mistress enters the house of the deceased, then such a picture portends wealth and good fortune in achieving your own goals. For an unmarried girl, this image portends a meeting of soul mate or a coming engagement.

Seeing in a dream how a dear old woman hugs someone close to her is a sign that these people need care and guardianship. The dream book advises to surround these people who will later become good friends and faithful companions with attention.

The desire for love, attention and understanding is what the deceased dear old woman represents in dreams in Longo's dream book.

Talking to a deceased