Dream About Nails. Symbolism Of Nails In Dreams And Their Spiritual Meaning. 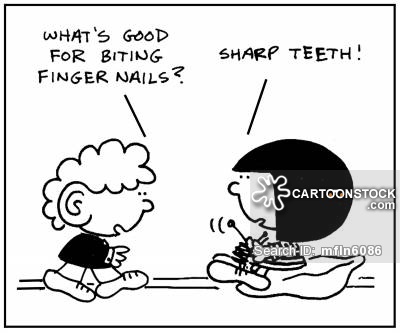 Nails in a dream are a symbol of human health, his social status and physical abilities. In order to get the correct interpretation, you should remember the dream details and emotions you felt.

Cutting nails in a dream.

According to the dreambooks, cutting nails can symbolize a lot of accumulated tasks that you have to do in short period of time. Such plot can also mean that the person is too much worries about his image and reputation. If you were cutting someone’s nails, this dream means you will have to work hard in order to provide your family.

The dreambooks give brief interpretation for the plots depending on whose nails you happened to cut in a dream?

Depending on how you trim your nails, the dreambooks provide the following meanings:

If a man was cutting his own nails in a dream, this means he can rely on himself only. His friends and relatives will not be able to help him in the nearest future and he will have to solve all his problems alone.

If you were watching another person cutting his nails in a dream, this means that you have to accept that you can not influence the current circumstances. You need to come to terms with your own powerlessness to influence current affairs and try to get a benefit or a lesson from this.

Cutting your own nails in a dream is a symbol that you are trying hard to arrange your feelings and thoughts.

Cutting your own toe nails is a symbol of as forced movements. This can mean changing a city or even country or unwanted work position changes. Cutting another person’s toenails symbolizes making a very hard work for minimal payment. If someone else cut his toe nails in a dream, this means you will find a person who will agree to make the most dull and routine work.

Cutting child’s nails in a dream means that you will be absorbed in household chores soon. Such a dream may also mean that the excessive pedantry and correctness of the dreamer interferes with the natural development of the child, which may in the future greatly harm him.

What are the Top-5 negative meanings of cutting nails in a dream?

Can a cut nail bode well in a dream? Here are the Top-5 positive meanings. 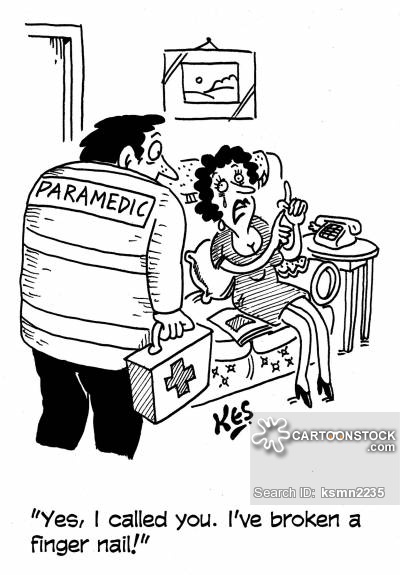 Dreams about toenails have similar interpretation to the ones on fingers. Long toenails in a dream symbolize long-term labor commitments that will bring considerable income, but physically (or morally) will be very difficult.

What were you doing with nails in your dream?

What is the spiritual meaning of nails in a dream? The condition of the nails also plays an important role in dream interpretation. Broken nails mean that you shouldn’t take the work that you will not be able to cope with. You can lose not only the payment, but respect of others as well.

If you saw another person’s nail break in a dream, this is a sign of temporary difficulties in communication. If you watched the nails break, this is considered a good sign: you will achieve great success in work thanks to your efforts, patience and endurance.

Breaking nails on purpose means that you are choosing the path of trials and difficult achievements for yourself. A torn off nail can be a warning that you should be more careful about your health.

Dirty nails in a dream warn the dreamer that he should be alert and not to talk too much even to his closest friends, because all the information can be used against him. This plot can mean losing your good name and reputation.

Broken and neglected nails are interpreted by dreambooks as the unfavorable position of a family. Also, such a dream can lead to a feeling of shame for your relative, whose behavior will be discussed for a long time behind your back.

Sick nails seen in a dream are warning the dreamer about illness of someone from his family. The same plot can also symbolize negative emotions and quarrels in the family.

If another person’s nail got off, this is a sign that you should pay attention to your family.

If your nail fell off in a dream, this plot means you will soon get rid of relations that have lost their relevance long ago and only bring you extra trouble.

Biting nails in a dream promises disappointment in a person who aroused your sympathy. You should not give in to the charms of this person, otherwise you will regret about it.

A dream in which you paid attention to someone else's nails means envy from people whom you barely know.

Scruffy hands, with exfoliating nails, are cause for concern. This dream can mean appearance of a rival for a woman. The dream predicts business problems for men because of secret competitors.

What are the Top-5 negative meanings of dreaming about nails? 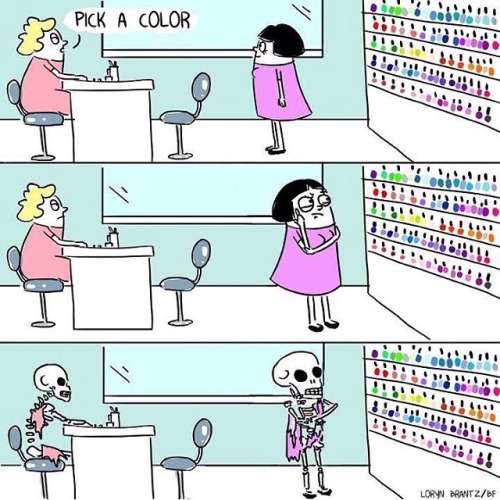 Painting nails in a dream.

Dreaming about painting nails is a good sign that symbolizes the prosperity and well-being of a person. Besides that a dream about nail polish can be interpreted as the dreamer’s unconscious wish to get into highest society and enjoy a beautiful life. A dream about painting nails with nail polish can also be a reminder that material is not the only sphere of life; it is important to develop your spiritual sides as well.

Red nails and well-groomed hands in a dream indicate reconciliation with family and friends, as well as good relations with your soulmate.

Black nail polish seen in a dream represents the dreamer’s negative thoughts. If you don’t get rid of bad thoughts, they can result in feeling badly or depression.

Buying nail polish in a dream predicts a great event, to which you will be invited. Besides that such plot may indicate extramoney waste and unforeseen expenses, which will almost completely empty your wallet.

To do manicure in a dream, to cut nails and remove dirt under the nails, according to the dreambooks, means willingness and desire to devote time to your family and reconcile with your husband. If a young girl was cleaning her nails, this means she will be able to acquit herself from slander spread by ill-wishers.

A dream about false nails means that all your efforts will be evaluated. False nails are also a symbol of unnaturalness and pretense.

Beautiful nails and well-groomed hands are the symbols of love and peace in the family. Seeing such a dream, a young woman can be expecting a marriage proposal; as for married women, this is a sign that lets you take a vacation and relax travelling with your husband.

Dream about painting toenails is a symbol of travelling. If you painted only one nail in a dream, this is a warning about problems due to interference in someone else's life.

The dreambooks give brief interpretations depending on the nail polish color seen in a dream:

Choosing nail polish in a dream is a symbol of unjustified money waste. Buying beautiful nail polish - predicts a fun holiday with your family; removing nail polish from long nails - may be a sign of ruin and poverty. Very long nails are a sign of cowardice and cruelty of the dreamer, the dreambook of the 21st century states. If you were cutting them off, you should be ready for quarrels and misunderstandings.

According to the Moon dreambook, long nails in a dream mean deceived hopes; short ones – haste that will result in badly done work. Dirty nails mean that you do not trust your partner and will have conflicts in the family. 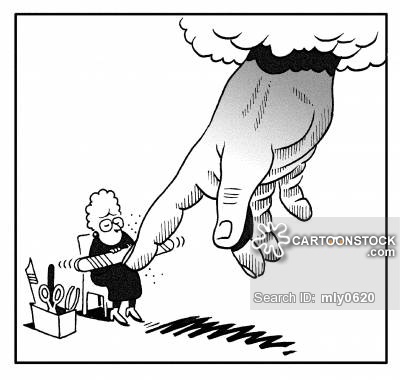 According to the Esoteric dreambook, nails are a symbol of testing for strength and willpower on your life path. Breaking nails means choosing your own way to pass the life tests. Long nails predict a thorny path of tests; according to dreambooks you will have to “make your way through dense thickets”. Dirty broken nails of unpleasant shape symbolize a number of problems and you will have to solve them remembering about your spotless reputation.

According to the Dreambook of the 21st century, long nails with nice shape predict respect and high possibility to get inheritance. Very long nails are a sign of cruelty and cowardice, cutting them off predicts offenses and quarrels.

If a man noticed woman’s bright and original manicure, this plot is considered a warning about danger. If a woman was doing her nails herself, this is a symbol of buying new outfit and expensive items.

According to Miller, hands in bad condition, with the cracked or exfoliated nails, or nails with other irregularities, can mean shame and disgrace, which can permanently settle in your home. Dirty nails are a sign of worsening of business situation.

According to Italian dreambook, thanks to their shape nails are phallic symbol. If men see nails in a dream, this shows that they are ready for sexual adventures. The dream predicts incredible sexual experience for women.

According to Freud, the symbolism of nails seen in a dream is a warning about dangerous situation. According to Vanga's dream book, such a dream portends fatigue from household chores. If a woman dreams about short nails, this image means a period of troubles and losses; long nails speak of a favorable coincidence.

According to Tsvetkov's dream book, a nail in dreams speaks of bad mood. According to Loff's dreambook, seeing nails in a dream is a promise of solving an old conflict. If a man dreamed that his nail became black, he should be careful so as to avoid misfortune. If the nails sharpened in your dream, this image is a warning about public insult.

As the English dreambook states, if you dreamed that the nail fell to the floor, this plot means stagnation in business.

According to the Modern Dream Book, a dream about nails warns of the loss of a large amount of money. Dreaming of beige nails speaks of bankruptcy; purple nails - mean intrigue on the part of envious people; blue nails - mean overcoming obstacles on the way to the goal; green nails- mean getting rid of disturbing thoughts.

According to the Islamic dream book, dreaming about nails predicts victory over the enemy.

The harder you try not be like your parents, the more likely you will become them.