Top 20 signs of facing a spider.

Spiders and signs about them for centuries have been associated with money and wealth, with home and life, with family relationships. Popular signs, omens and superstitions about spiders appeared on the basis of constant observations of the behavior of these eight-legged creatures and the determination of the relationship between the appearance of spiders in the house and further events in people's lives.

Our ancestors believed that spiders connected the world of the living with the other world. And, apparently, that's why many people are afraid of these arthropods on a subconscious level. However, if you see a spider, in most cases this is considered a good omen, and therefore you should not be scared when you meet a spider. Spider in the house.

Is it a good or bad sign to see a spider in the house? Many people are afraid of them and try to get rid of them as soon as possible, and some even kill them. However, this is absolutely not worth doing. Spiders in the house are an omen that has good meaning.

In fact, the appearance of such a "friend" in the apartment can carry its own meaning, which must be deciphered. As a rule, the first thing you should pay attention to is where it creeps. If it crawls up - then it is a symbol predicting something good and profit; a spider going down - predicts problems and failures.

In addition, attention is paid to the time when you were able to see the spider: early in the morning – you will receive not the best news, in the day time or evening – a symbol of luck. To see a spider in the evening - hope, long-term prospects.

To see a spider crawling down the wall at night — to trouble, gossip, intrigue at work.

If the insect crawls up the web or along a thin thread, then good news awaits you. If it is creeping down, then you should be quite prudent in making decisions, so as not to be mistaken.

The most famous sign that arose many years ago says that the appearance of a spider in a house or apartment is symbol promising money. This applies to literally all family members, and can be a winning in the lottery, salary increase, cash reward in the form of a bonus at work or a prize in a competition.

Since negative energy always accumulates in the corners of the apartment, spiders, like real "guards", weave a web there that captures this negativity, protecting the house and people from troubles. That is why spiders have been considered the guardians of the hearth for a long time.

But when you see a spider sitting motionless on a web, you can make a wish and see where it crawls. A wish will soon be fulfilled if the insect crawls up.

If the spider is crawling on your money, this suggests that you will have unexpected cash receipts.

The spider descended on your head: if it is black and quite large, this means the news will be important for the whole family.

If the spider runs on the floor, this sign promises change, movement in the right direction. If his direction is towards you, then the changes will affect you, if it passes by, the changes will be related to someone else from the family.

Many spiders or cobwebs above the bed promise love adventures, new acquaintances. And for a couple, this may be a sign that something needs to be changed so that satisfaction with each other does not pass. In the case when a dark spider hangs over the spouses’ bed, this means you need to be wary of cooling relations between husband and wife, or treason.

To find a spider in bed is a sign of receiving news.

A spider sits on the ceiling - an omen for all sorts of benefits.

If a spider suddenly fell on the table - a sign warns of enemies. The larger and more unpleasant in appearance the spider is, the stronger the enemies. 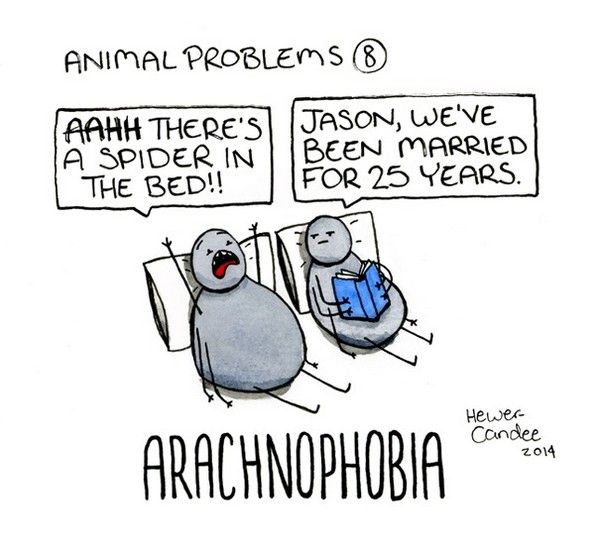 The spider sitting on the door of the house - arrival of guests soon. If the door jamb is in a web, this means the visit will be delayed. The light color of the spider indicates pleasant guests, and the dark color indicates unwanted guests.

A spider in the kitchen is a sign of family disorder. It can be a petty quarrel, a major conflict, or even a divorce (if a lot of cobwebs constantly appear in the kitchen at the same time).

A spider sitting in a sink, in a bath or in water, symbolizes vanity, a lot of effort and a meager result.

To see a spider in the toilet is a bad omen warning that finances run the risk of "leaking away like water." It may also mean stagnation in business or relationships.

The spider on the mirror is a sign of unexpected news.

If the spider appeared in the children's room, it means that the child has a personal defender.

A spider in the hallway or living room is a good omen that a pleasant event will happen soon.

If the spider is sitting on the window – symbol of money or news.

Finding unexpectedly a spider in the refrigerator, in food, in a plate or cup – means that your well-being will be improved.

It is worth remembering one thing - it is absolutely forbidden to kill spiders! They can be killed only if they (one or many) weave a web on the icons. These actions will portend absolution of forty sins and a good course of affairs. But this is the only case when you can kill the "guests". In any other cases, the sign says that nothing good will come of such actions. In addition, a person can bring misfortunes on himself, and also, quite possibly, on his family. 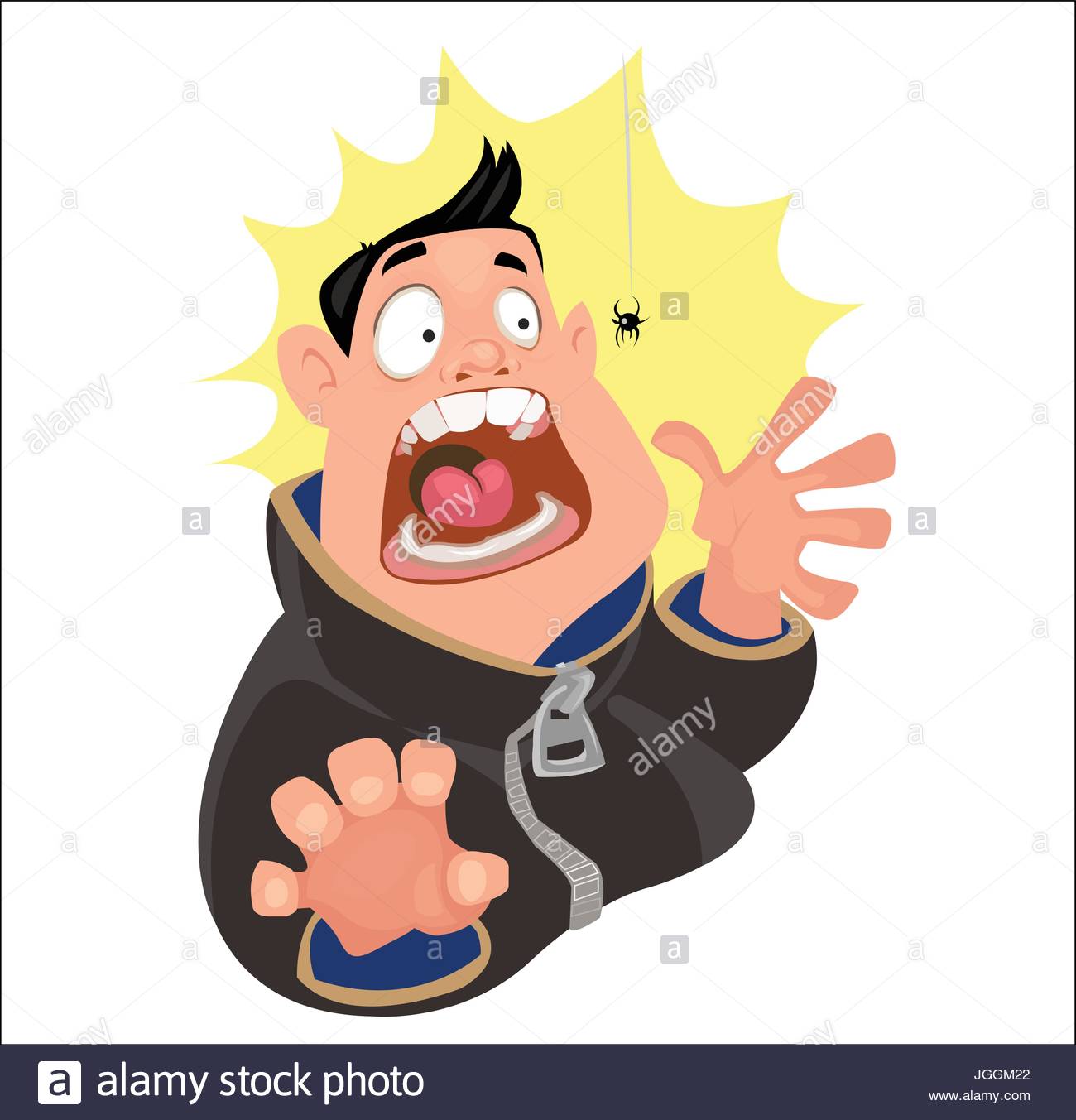 To see a spider (one or many) in the wild is a sign of good news.

If a person gets into cobweb, this story suggests troubles.

Our ancestors often predicted the weather for the future. If the spider huddled somewhere in the corner, then there will be a windy day; if a large number of spider webs appears in the room - the dry time is coming.

A spider sits in the center of the web – there will be clear and sunny weather.

A web without a spider is a sign of rain.

The color of spiders also plays a role in interpreting their appearance. So, black and red spiders traditionally bring grief, but white spiders increase your luck.

To see a spider in the corner – predicts receiving a letter. If there is also a cobweb at the same time, this indicates that the news is delayed.

To see a spider on the doorstep of an apartment - to the return of someone, or the appearance of an old friend.

If a spider descended from the ceiling on a web and was right in front of your face, this promises a pleasant meeting in the near future, or the arrival of dear guests.

Omens about spiders at work. 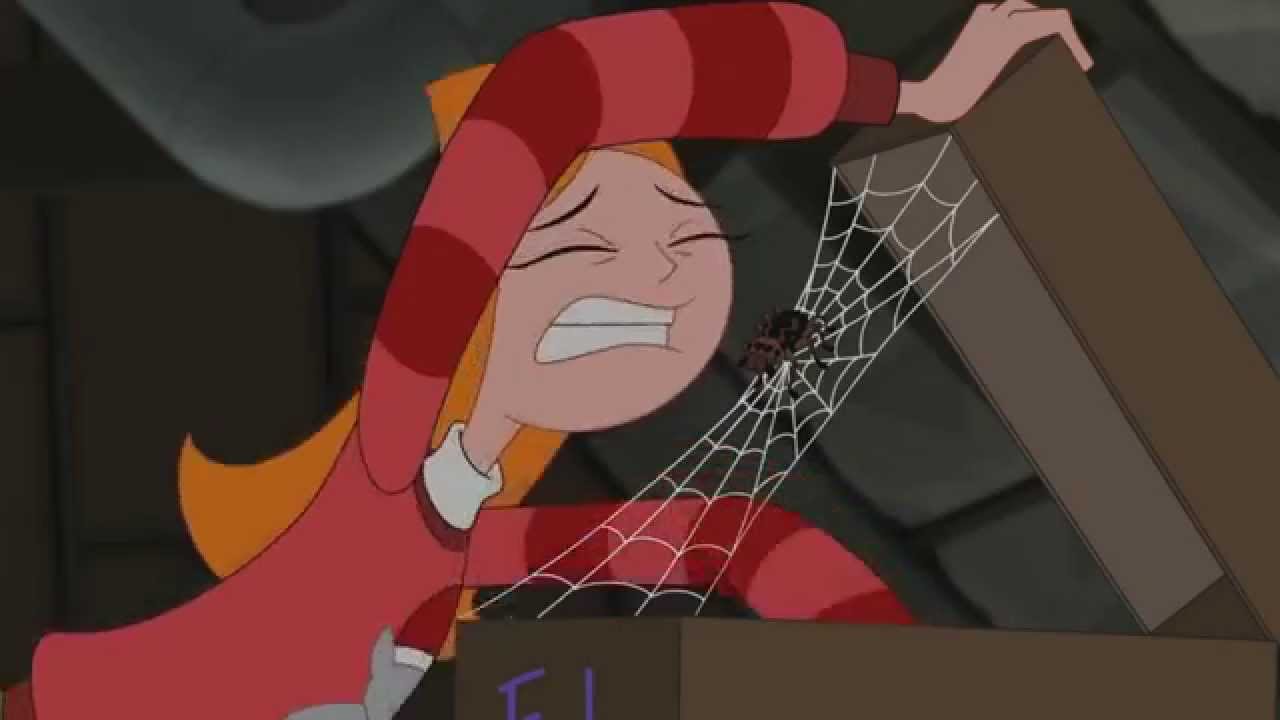 If the meeting with the spider occurred at the workplace or in the office, then the sign will relate exclusively to the business sphere.

Spider crawls nearby - you can wait for a letter to come or a business meeting to take place.

It gets up the wall - you can count on cash incentives. If the office spider descends down the wall, then you should expect discontent and even reprimand from the bosses, which can lead to the loss of a bonus or a fine.

If a spider in the office went down to the floor and immediately ran away, a delay in wages is possible.

When the spider unexpectedly fell on your desk, it is a sign of the appearance of enemies or envious people who will try to put you in an unfavorable position.

Signs about spiders in a car.

If a spider crawls in a car, this is a sign of money that will either appear or, on the contrary, leave. Here superstition is interpreted, depending on the direction in which the spider moves. If it creeps towards you, you can wait for profit. If the movement of the spider is directed in the opposite direction, one should prepare for cash expenses.

If a spider climbed onto a person in the car, then the profit is guaranteed.

Finding a web in a car is a very good sign. In this case, we can assume that the spider took the car, the driver, and passengers under its protection.

Spider on your body – omens meaning.

If the spider fell on your hand, it is a sign of imminent changes in life. If this event happened with the right hand, then you can expect profit or increase. The spider, which was on your left hand, promises minor financial losses.

The spider that fell on your face is a popular sign promising happiness in personal life.

If a spider fell or went down the web on ones head, this portends an unexpected inheritance or other sudden money that will fall "like snow on your head."

A spider tangled in your hair – you will find real love.

If you see a spider on shoes, on a leg, on a knee, - this is a promise of coming journey.

In general, according to popular beliefs, it is believed that spiders on the body portend a good fate to a person. But in order for the sign to come true, one cannot kill such a “guest”. In an extreme case, the spider should be carefully removed, but it’s better to wait and let it retire on its own.

Meeting with spiders may well occur on the street. Getting into the big web is a bad sign. According to popular beliefs, this bodes many minor troubles.

At the same time, if you slightly touch the web - this is a good omen. There will be a meeting with an old friend soon.

If a cobweb clings to the clothes imperceptibly, and it is found only at home, it is a sign of wealth. The same applies to the spider that climbed onto the clothes on the street.