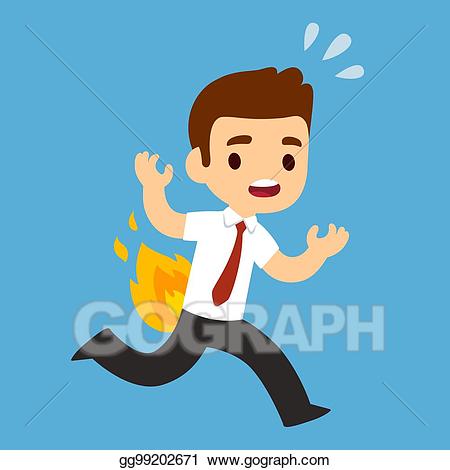 Traditionally, the fire element symbolizes cleansing, emotions and inner experiences. As for the image of a burning person, the interpretation depends on your personal feelings in a dream.

According to Miller, it is a mostly positive sign to see fire in a dream. The main thing is that it doesn’t hurt. According to Miller’s dreambook, the vision promises a good journey for sailors, a rich harvest for farmers and the general welfare for others.

The fire element is considered a symbol of purification in various nations. And if a burning man remained intact in a dream, he will be able to get rid of bad habits and painful memories in reality.

If you dreamed of a person on fire and you did not experience fear, you will receive false information in reality.

Seeing yourself on fire and feeling unpleasant burning is not a very good sign. On the one hand, such a dream personifies love languor and romantic passions, on the other hand, it can signal the onset of the disease.

It is important to remember the fire color: 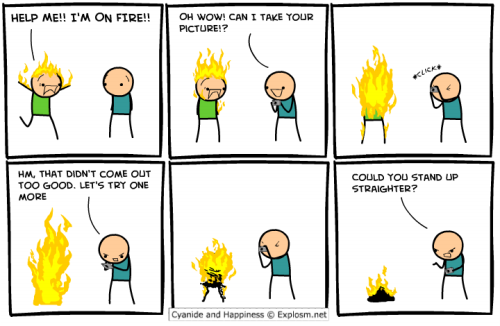 It is much better if you saw yourself on fire and it didn’t cause any pain or unpleasant feelings. It symbolizes motivation, new ideas and creative impulses.

If someone was burning hard in a dream, scandals and conflicts are waiting for him in real life. In this case, the dream conveys a strong anger, guilt, resentment and other negative emotions.

If you managed to save a burning man, it is in your power to change everything. In general, the dreambook believes that to save any character from the fire is a sign of a decent act and respect.

If you were putting out fire on a burning man, you will achieve enviable financial position due to your hard work.

If you happened to extinguish only sparks, you will be able to stop the conflict at the very beginning. If you tried to extinguish strong fire, but it didn’t go out, this means insult will live in your heart for a long time.

If it was not the person himself, but his clothes on fire, this means that unpleasant events will pass by, barely having to do something with you.

Seeing that the clothes on you start burning spontaneously is a bad symbol. This is a clear warning of the danger that will come from outside.

Some dreambooks consider plots about burning people harbingers of coming troubles. The burning itself symbolizes losing business, vices and base passions. But if you dreamed of a clean, transparent flame, it is a symbol of spiritual rebirth and participation in secret knowledge.

It is difficult to give a definite interpretation of a person on fire. Flame is a symbol of both purification and passions.

The dreambooks give short interpretations of dreams about burning man:

According to Miller, if you dreamed that you were burning, but did not feel pain, then a dream means success. If you watch another person burning in a dream, such image means new look at your old friend; the plot predicts pleasant consequences.

Seeing yourself on fire in a dream also means you will be able to get rid of bad habits. If you see your clothes you are wearing on fire, but you do not feel the heat yourself - bad memories will leave you. But if your flesh is on fire and the clothing does not even smolder, then it predicts healing from ailments.

If you saw a dream about child on fire, this image symbolizes the childlike immediacy that is inherent in you. This is a hint that it's time to say goodbye to naivety.

The dreambooks give a number of short interpretations depending on where you saw a person on fire in your dream:

Here are the dream interpretations depending on actions with the man on fire:

Depending on what part of person's body is fire, the dream meaning is the following:

Depending on who is on fire, the dreambooks give the following interpretation:

Here are Top-5 negative omens of dreams about burning person:

Top-5 positive meanings of a dream about someone of fire:

Instead of worrying and apologizing, move ahead constructively.