Interpretation of a dream about fish ate another fish 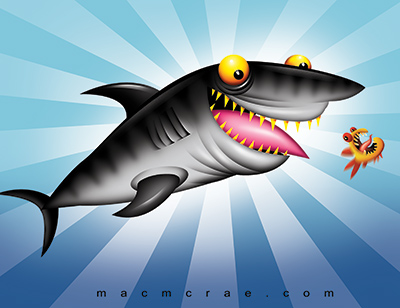 If one fish ate another one in a dream, such a plot symbolizes a difficult situation, lack of freedom of choice or, on the contrary, secret knowledge.

If you dreamed that a huge pike ate a smaller fish, get ready for a challenging mental struggle. You will literally rush about between what you need and what you want, being afraid to lose everything you have.

If a big fish ate smaller one, the dreambooks assume that you have hidden an important fact from the management and this deception will be revealed soon. You should also be extremely careful: the best deal will be a trap.

Watching one fish eat another one in a dream means that a certain event is coming, in which a lot of people will be involved, but you will get the role of an observer.

If you dreamed that aquarium fish devoured each other, dream interpretation suspects that the position of non-interference will cost you too much. If you do not get involved in business immediately, you can generally remain "overboard."

Sometimes the interpretation of such dream concerns only the spiritual side of life and has nothing to do with real events. If you dreamed about fish eating fish, this means you are trying to comprehend a certain secret or, on the contrary, try to hide something from others. The eaten fish itself, according to the dreambook, symbolizes the development of new knowledge and skills.

In general, you can see the specified plot in a dream both before fantastic luck, and as a sign of the beginning of one of the most difficult life periods.

It is a good sign if you saved the fish in a dream. You will have to save a person from someone else’s directness or pressure in reality. Eating a fish also symbolizes an important meeting or an unexpected profit in a dream.

If you gutted fish and found another one inside, this means that in the real world you will literally miraculously avoid major failure and even misfortune.

Dead fish that was holding another small fish in its mouth means that probably you evaluated a certain situation inadequately, because you risk losing.

If a small fish swallowed a big one in a dream, this means that you will complete an important project in reality.