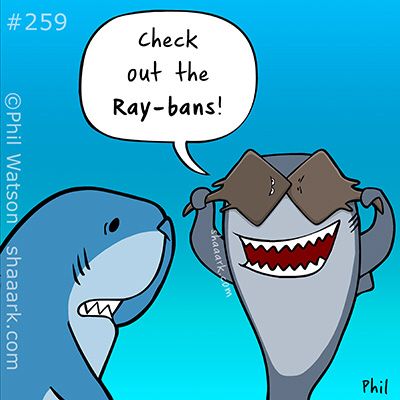 What does it mean if you dream of sharks? The dreambooks usually interpret dreams about these predators quite negatively. It is considered that a shark represents coming danger. According to Miller, if you see a shark swimming near you in a dream, this means that one of your colleagues or acquaintances is angry with you. Perhaps an insidious man will appear in vicinity, waiting for the right moment to intercept a large order or recapture your girl. Miller’s dreambook is warning that a shark chasing you in a dream is a reflection of serious inevitable problems. The negative period in your life can be prolonged and you will have to be patient.

If you survived after a shark attack, such dream is a symbol that you will overcome the intrigues of ill-wishers as well. You should listen to your intuition; it will tell you what to do. If you were injured, this plot means that your enemies will spoil your career or personal life.

If you saw a dream during a serious illness, this image can be taken as a sign of soon recovery. 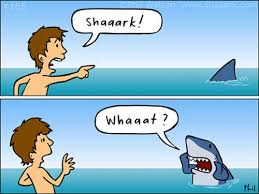 As for Dr. Freud, he thinks that a shark in a dream means you are being in constant dependence from your partner and such situation burdens you. An implacable tyrant, who has subjected your whole life to him and does not take into account your desires, turns an intimate life into punishment and hard labor.

Aesop’s dreambook thinks that shark represents a vindictive, cruel and mean man, especially if you see a furious animal. If you saw a dream about sharks, you should be careful when choosing new acquaintances.

A shark always represents an enemy. But the plot about a shark can represent your victory over this enemy as well. A dead shark, especially if you killed it yourself, represents victory over an enemy whom you may not know yet.

A flock of sharks surrounding you is a warning about serious problems. You should have a better look at people surrounding you and maybe you will manage to reveal the ill-wisher and prevent the catastrophe.

Gyspy’s interpreters consider sharks a symbol of envious rivals. You should be ready to protect your love relations if you care about your partner.

Big sharks can also represent some personal problems. If you were eating shark fin soup in a dream, this image can represent your unconscious will to suppress your dislike of someone. This interpretation is especially correct if the dish tasted badly.

If you saw yourself as a shark in a dream, this plot shows that you never stop and have no borders on your way to your goal. The dreambooks recommend being kinder to people.

In Islam, to see a shark in a dream predicts an imminent meeting with a secret or overt enemy.

Eastern dreambooks think that several sharks playing in the water are a sign warning about intrigues and gossip that will bring problems into your personal life. If the fish was dead, this means changes for the better and improvement of financial situation.

You are a person of culture.

Holding fish in your hands