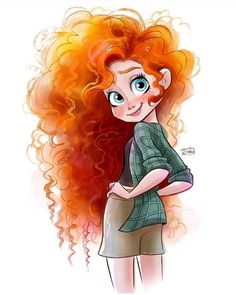 The first thing the dreambook says is that a red-haired woman in a dream often symbolizes deceit. This vivid image also serves as a harbinger of changes and a warning of various dangers. Many troubles can be avoided, knowing where the pitfalls are hidden.

According to Miller, if a married man has a dream about his red-haired spouse, this symbol means that their intimate life will become brighter. As for bachelors, a red-haired woman foreshadows a short but thrilling love affair.

If a lady happened to see herself becoming red-haired, this means that her rival can become active in real life. Being warned, the dreamer has every chance to meet their machinations fully armed.

If the red-haired stranger suddenly fell in a dream, there will be an opportunity to learn from the mistakes of others in real life.

When you dreamed that a red woman fell, the image warns against excessive boasting. In pursuit of self-assertion, avoid the temptation to make unbearable obligations and eventually fail the mission.

A fall of a ginger woman also means that you will be able to reveal someone’s evil plan. It is a pity that it appeared among people whom you used to trust. A fall into mud is a sign that you need to pay attention to your health.

It is interesting to know the meaning of red-haired female representatives of fauna in dreams:

In most cases, females of copper and fiery red colors are a welcome sign.

If a woman with red hair decorated her hairstyle with decorative hairpins or ribbons, a series of minor troubles is coming. The French dreambook advises not to give up: all problems are completely solvable.

The old dreambooks offer an unusual explanation of dreams about a woman with red hair. It is possible that someone will try to have a magical effect on the dreamer.

The Wanderer’s dreambook claims that the meaning of the symbol, first of all, concerns the business and commercial sphere. In the near future your co-workers may be tempted to use a forbidden technique to get the dreamer's position or profits.

A conflict with an unfamiliar redhead woman in a dream means an increased likelihood of real-life family problems.

As for an English dreambook, it considers that a red woman in a dream means that the person will have to make a difficult choice soon. The future of people he cares about depends on this choice.

If you dreamed of a red-haired woman who has a different hair color in real life, it is very likely that the lady is hiding something. Sometimes a new image of a familiar girl in a dream is a projection of the secret love that exists in real life.

Hasse considers a plot about a conflict with a redhead woman a reverse dream. It is right time to reveal your feelings to a real acquaintance.

Better days are coming. They are called weekend.