Interpretation of a dream about condoms

The dreambook interpretation of a condom in a dream is interpreted in two ways. On the one hand, its meaning literally means problems associated with the dreamer's personal life. On the other - this item is a kind of symbol.

f the condom was dreamed by a man, then probably the dreamer wants to hide something. He wears a mask and hides his true goals and desires from his loved ones. Most likely, in reality a man wants to get a certain position, to win someone or to do his favorite thing. However, very serious obstacles stand in his way.

If condoms in a dream were seen by a woman, the dream book believes that she is afraid of something or, on the contrary, wants something a lot. If a lady sees this intimate object, this can be a symbol of anxiety.

Miller's dreambook has a dissenting opinion about this subject. According to his interpretation, to look for a condom at a particularly piquant moment - heralds success in real life for the dreamer. But if dreamer’s partner is busy with the search, then you need to fear the envious. 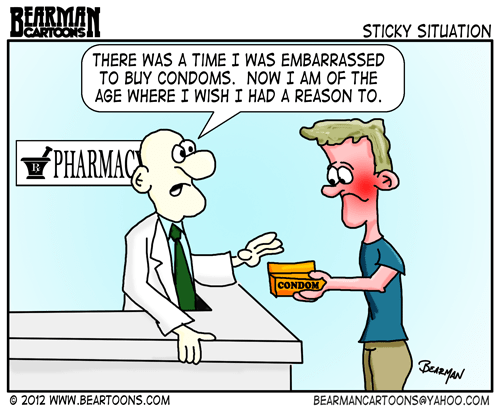 Buying a condom means getting to know the person who will change your life, Miller’s dream book states. If the condom tears in a dream, this plot shows your fears related to your sexual life.

Seeing a condom in a dream means a bonus or a promotion at work for a woman. For the male half to find a condom is a symbol of the big booze.

If a dream about condom was seen by a teenager, he will soon have adventures that will delight him, but will perplex his parents.

To find and apply the product according to the destination is treated by a dream book as a clear sign of "star disease" and high self-esteem. You should look at yourself and temper ambitions.

A dream where you bought and put the condom on is a sign that you will soon have a chance to open your own business. If the condom is too big, then you should not count on great success. In any case, you need to be careful in choosing partners, especially if the condom broke.

Seeing a torn condom in a dream is not very good. You need to prepare for losses, difficulties, conflicts with colleagues in reality.

If you can not put in on, then you will soon find disappointment in a partner or a monotonous sex life.

If you dreamed of a used condom, you can independently guess what this dream means. Most likely, you are used for personal purposes.