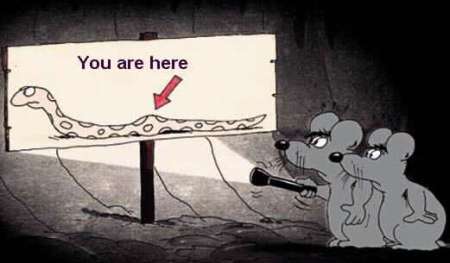 What does it mean when you dream about rats? The majority of dreambooks associate rats with betrayal and cheating. One of the interpretations of a dream about this rodent is painful doubts because of the necessity to take a responsible decision.

According to the 20-th century dreambook, dreaming of rats symbolizes latent threat and danger. Such a dream suggests that you are burdened by vague premonitions of some kind of trouble. Perhaps someone from your environment is preparing a trap for you or is going to leave you in a difficult moment.

What does Psychological dreambook thinks about dreaming about rats? What is the spiritual meaning of rats in a dream? Rats seen in a dream are a sign of quarrels, so try not to exacerbate relations with anyone. If in a dream you grabbed and caught a rat, this means you can defeat your enemies with dignity.

According to Nostradamus, the rat in a dream is a symbol of legibility, fastidiousness, fertility, luck and death. A dream in which a huge number of rats eat crops speaks of a crop failure.

If you dreamed of people with rat tails, this means you need to take care of your health and safety.

What is the meaning of a dream about cats and rats? Rats and cats seen in a dream may be a sign that you will receive help from friends or relatives soon. This dream may also be a sign of forced communication with cunning people. If a cat caught a rat in your dream this is a symbol of financial prosperity.

The dream dictionary gives interpretation of the plot depending on what the rats and cats do in your dream:

What did you do in a dream about a cat and a rat?

What did the cat do with the rats in your dream?

Several cats playing with one rat in a dream are a symbol of trouble at work due to a mistake made earlier. To see many rats and cats in one cage warns of intrigues of ill-wishers. Dreaming about white rats and black cats is a symbol of slight discomfort. Cats eating dead rats in a dream mean sadness and tears.

Rescuing a small white cat from a huge rat predicts monetary reward for the work done. Cats and domestic rats peacefully sleeping together promise new prospects in business. If you dream that a cat feeds newborn rat pups, this means victory over enemies.

Killing a rat in a dream, you get victory over your enemies or get rid of negative thoughts and emotions. It also symbolizes overcoming all the difficulties. Dream of killing a rat means you will become a winner in any business and in any situation.

If you kill or drive out a rat in a dream, this sign indicates the successful end of the disease.

A dream about rat means that someone from your surrounding decided to betray you. If you betrayed somebody before, this plot can be the echo of your remorse. 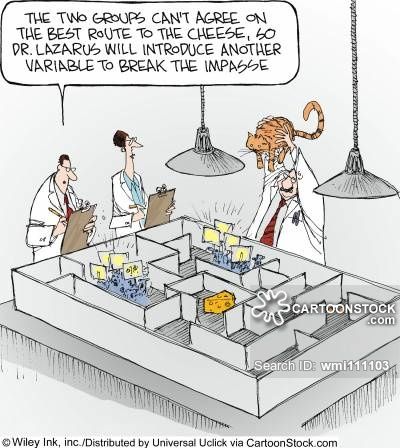 A white rat in a dream is a symbol of getting support or protection from someone. If the rodent was eating your clothes in a dream, this means you will achieve the goal that you set.

If you saw an unusually beautiful white rat riding a carriage - keep in mind that looks are deceiving and a penchant for luxury does not indicate strength of character and a tendency to compromise.

If a huge rat was running past you, this image is a symbol of a joyful event. A dream about hearing rat squeak is a sign that a cunning person is trying to hurt you. Try putting yourself in his shoes and imagine the emotions this person might have. Maybe you are paying too much attention to small insignificant things; but you should be higher than this.

A dream about rat can also represent some features of your character that you do not like and are trying to eliminate. The dreambooks remind that you should first of all love yourself, otherwise you will not achieve inner harmony.

Dreaming about rats with babies means there are ill-wishers or hypocrites in the person's close surrounding. Such a plot may also predict getting rid of problems and obstacles on your life path.

The dreambooks give brief meanings of baby-rats seen in a dream depending on what they were like:

If the mother rat in your dream was kind and tame, this image means regret about a deed you committed. A rat nursing its babies in a dream is a symbol of deceit; if the rat with her little babies bites your hand in a dream, this is a sign of set-up from your colleagues; a dream about pregnant rat predicts a period of troubles and loss. A sleeping mother-rat is a symbol of committing a mistake.

Whom did you see together with the little rats in a dream?

What are the top-5 negative meanings of rats with babies in a dream?

Are there positive meanings of dreams about rats with babies? Here are the top-5 of them.

Some dreambooks consider an image of a rat a warning about some threat or loss and bad luck.

The Chinese dreambook thinks that if a big rat is running by in a dream, this symbol is a harbinger of a joyful event.

D. Loff wrote: “In the modern world, rats are almost universally treated with contempt. For most people, dreams of rats indicate their fear of becoming lonely garbage eaters - losing friends and becoming outcast. According to another version, the sleeper feels that his public safety has leaked. Unlike theft, which happens at lightning speed, rats destroy the environment gradually."

According to Miller, seeing rats in a dream means that you may be deceived and beaten by your neighbors. Quarrels with your companions are also possible. If the rat in your dream is black, the meaning of dream increases.

According to the Noble dreambook, the dream about rat indicates your spiritual impurity, petty, disgusting thoughts, your anger, shame, shame, secret danger, deceit of friends. A rat in a dream sign of violent influence or a harbinger of illness. If a rat bites you, a dream portends failure, illness.

Dream of stroking a rat is a harbinger of trouble from a person whom you considered your friend and whom you trusted. Skinning a rat in a dream means that you will be able to outwit the insidious enemy and profit from him. The main thing is that the skin does not tear in a dream, because this is the most valuable thing a rat has.

According to the Dreambook for Women, dreaming of running rats means you need to leave for another place for a while, at least for two weeks. A rat gnawing something means it is time to think about preparations for the winter.

If you see a rat in a dream and shudder with disgust, this means a nasty person will appear next to you, who will not give you rest.

The Mayas thought that if you dreamed that a rat was crawling over you, this means you will be successful in love affairs in the near future.

If you dreamed about buying a grey rat, this plot is a sign that you are tired of household chores. If you see in a dream that a grey rat got into a rat-trap, this image can portend illness of a close relative. A gray rat crawling along a tree in a dream is a symbol of danger.

If you had a dream that a rat jumped on your head, you may have to do someone's work. If you dreamed that you were afraid of an aggressive pack of rats, this means the appearance of enemies.

Finding a grey rat in your room and killing it is a symbol of changing the place of residence. Petting a tame rat in a dream promises spending leisure with friends. Seeing a live rat in a cat's mouth in a dream predicts getting a bonus at work.

If you dreamed that your parents bought you a grey rat, this is a symbol of disappointment in your partner. Putting it in a cage predicts commitment of a silly deed. Injured rats seen in a dream predict illness.

Speak out and people will listen.