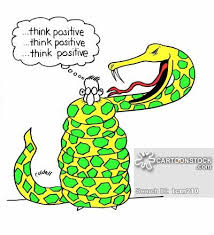 What does it mean if you are dreaming about killing snakes? The majority of dreambooks consider killing snakes in a dream a symbol of victory over rivals and competitors and implementing your plans soon. To kill a snake in a dream also predicts positive changes in personal life.

If a person had to kill snakes in his dream, this may also mean that the ground is getting from underneath his feet. Miller considers this dream as a warning: the ill-wisher may hide under any face, it can be your close friend or sometimes we ourselves are our worst enemies. If you saw a number of crawling snakes, you will have an argument with yourself; many big snakes mean that it is not easy to hold leader's position in the big company of friends. Seeing yourself surrounded by huge snakes is a sign that you have to take care of your health.

Killing snakes with a knife symbolizes getting rid of fears. The person who did this in his dream will not only gain tranquillity but will also get to higher levels in business. It is a sign of recovery for patients of hospital. This dream plot may also promise the improvement of potency in sexual aspect. If a dreamer saw someone else kill a snake with a knife this means that he prefers to ignore the signals of alarm, but such self-deception will not bring him peace.

What is the spiritual meaning of killing snake in dream? Killing snakes with a shovel is not very delicate and the dream means you should not be too straight when dealing with cunning people. Killing many snakes with a shovel means you will have a lot of enemies but will be able to get rid of them. If you caught a black snake in your house it is an unfavorable sign. If someone else was catching it, the problems will pass by.

What kind of snakes were killed in a dream? 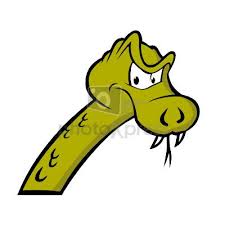 If a woman caught and killed snakes in her house she can be expecting betrayal from someone close to her. If the woman was just watching this killing, she will offend someone herself.

What are the superstitions about killing snakes? Snakes omens and beliefs.

How did the snake you killed in a dream look like?

Did you dream of killing a snake? How did you slay the snakes in a dream?

Killing snakes with someone in a dream.

If you dream of killing a snake while protecting your brother, this means career success. If you fried a snake after killing it, this is a warning that your relatives will refuse to help you in need.

When you dream about killing many snakes, this plot symbolizes the end of an old conflict. If three snakes were killed in a dream, you will hear about someone's love towards you soon. Killing two snakes might speak about minor deterioration in health.

What are the Top-5 negative dream plots about killing snakes?

Can killing snakes in dreams bode well? Here are the Top-5 positive meanings of snake slaughtering in dreams.

If you dreamed that you strangled an adder with your bare hands, it means that you can expect the achievement of the intended goal without outside help.

According to Miller, if you were fighting a snake and strangled it in a dream, this plot predicts acquaintance and communication with a smart person.

If a woman dreamed of killing a snake and skinning it, this plot predicts a conflict with a friend. If she threw the snake away, this means she will receive some valuable information.

According to Freud, a dream of killing a snake foreshadows a journey in the company of a loved one. If a man found many white snakes in the house and cut them into pieces, this image speaks of new goals in work.

According to Vanga, a dream in which you killed a snake and little baby snakes portends a large monetary reward.

To destroy a snake after its bite is a dream speaking of a successful attempt to renew friendly relations. The English dreambook thinks that destroying a tangle of snakes predicts short-term luck in gambling.