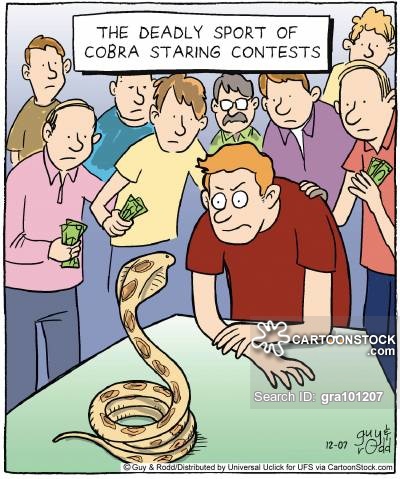 Cobra seen in a dream symbolizes evil, to overcome which will require wisdom and endurance. If a completely black cobra was seen in a dream, one should expect a stab in the back from a certain lady.

If the black cobra hisses in a dream, this means that fate prepared a very treacherous surprise for you.

The dreambooks give interpretations depending on the color of cobra: 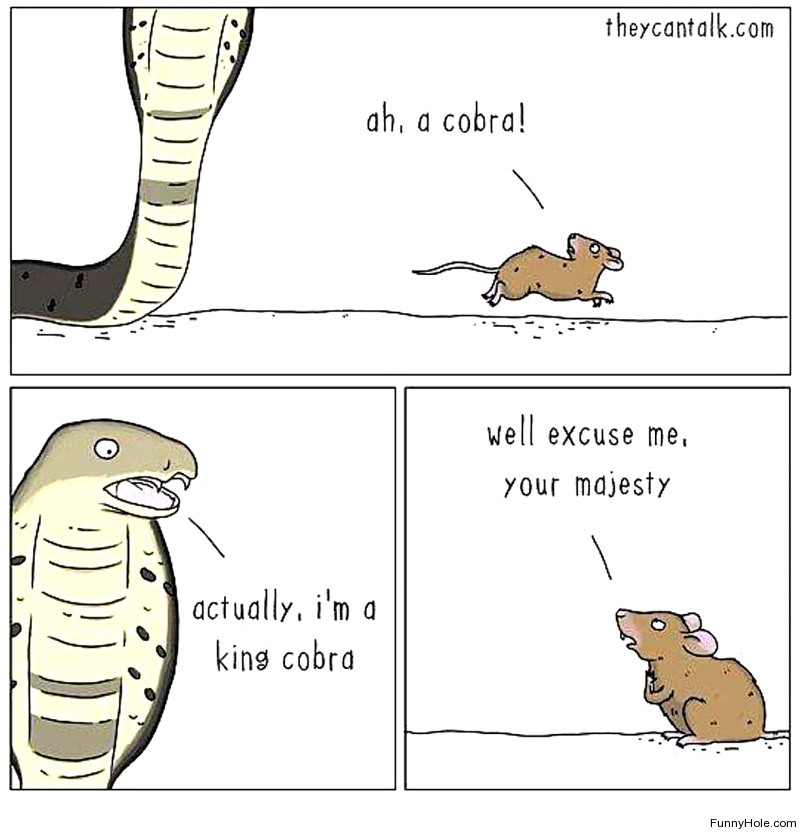 If we take into account the esoteric interpretation of a dream, the black snake personifies spirituality and personal character traits.

If you saw a poisonous cobra, dream interpretation believes that you change your opinion of a familiar person for the better, and he will help you to get rich.

If you saw a little cobra in a dream, this means that guests whom you treated very hospitably will be slandering behind your back.

If you happened to see a cobra with a hood, then there will be an opportunity to uncover a conspiracy.

The dream interpretation believes that the viper creeping away symbolizes the end of a period of trouble.

A kind, almost tame snake is a symbol of wisdom, which you will be able to show in a certain deed.

If you dreamed of an incredibly huge cobra, you will find some secret related to the point of being.

Seeing several cobras at once that behave calmly not causing any damage is a promise of promotion at work and managing a big team.

If you dreamed that cobra was swimming and diving in the water, dream interpretation advises to prepare for changing the place of living and moving up the career ladder. If you happened to see a snake that had three heads, you risk becoming a victim of a monstrous conspiracy.

If a snake appeared in the house in a dream, this is a sign that you unexpectedly acquired a sworn enemy. The behavior of the reptile will help you clarify the intentions of the ill-wisher.

If a woman saw a dream about cobra, this image can mean that her beloved man will become interested in another woman and may even leave. Dream interpretation states that if a cobra hypnotized a woman, then some kind of influential person has power over you.

If a man dreams of a snake, this means he has a female enemy. If you dreamed that a cobra wrapped around your own wife, you should get ready for the birth of a heir.

If cobra attacks you in a dream, the dream interpretation believes that you will have to fight for your happiness and dignity in reality.

If the reptile attacks, but suddenly turns to stone in a ridiculous pose, then all troubles will pass by if you don’t focus on them.

If two cobras attacked you simultaneously, this symbol predicts a serious conflict with two ill-wishers.

An attacking cobra also symbolizes accusations and slander. If in a dream you were attacked by a snake, you will have to go through a period of great hardship and disasters in real life.

If you happened to see how a huge snake ate a man, the dream book is sure that an unreal shock awaits you.

If a cobra attacked you and started strangling, this means that the future marriage will limit your freedom and give a lot of disappointment.

If cobra tried to bite you in a dream, you will soon hear some unpleasant news. Watching the reptile trying to bite is a sign of a painful and very serious conflict.

Seeing a cobra that wants to bite someone else means that you trust a friend who is waiting for the right moment to set you up.

If a cobra bites you in a dream, the drambooks assume that you will hurt your friend somehow. This image also means that you will be hurt by dirty gossip.

A snakebite can be seen in a dream as a symbol of pregnancy, quarrels and troubles, suffering and negative influence. In addition, the snakebite predicts sudden wealth.

If a cobra has bitten your hand in a dream, this means you will have a serious illness or disappointment in your closest friend.

If it bites your leg, you will soon have to drop everything because of a phone call. If there was a bite without poison, the dream book promises a romantic date.

According to the dream book if you happened to kill a cobra this means that you will be able to get rid of the enemy with literally little blood. Killing cobra in a dream also means that in the real world you will give a good lesson to an immoral person or cope with internal discord.

If you happened to turn into a cobra yourself in the night plot, this is a sign that you will find the strength to give up unnecessary habits, affairs or relationships.

In Miller’s interpretation it says that killing a snake in a dream literally means that you are ready to go right through obstacles to your goal.

If you happened to catch a cobra and not get hurt, the dreambooks assume that you will have to put some efforts.

If you were playing with a cobra in a dream, this means that you will find a way out of the most difficult situation only if you use sober mind and composure.

What are the superstitions about snakes? Folk sayings about meeting a cobra.

Your crush feels the same about you.