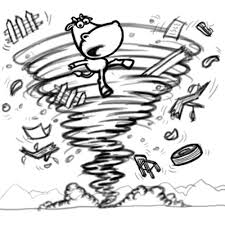 What it means if you got in tornado in your dream? Seeing a tornado in a dream means change and life tests. A tornado in a dream is always a harbinger of misfortune, conflict, turmoil and assault. One should prepare for a negative event that cannot be prevented if you saw a dream about tornado.

A dream in which there is a tornado speaks about some changes in your life, abrupt changes of activity. Often these changes involve losses. As the dream book interprets, a tornado in a dream can also be a warning of trouble.

If in a dream you see that a tornado is approaching you, but you do nothing, this plot means that in reality you experience fear and panic. If you dream that you have taken refuge from the tornado, but were watching it carefully, this is a sign that you will soon have to do complex and responsible work. The dreamer who could not find where to take refuge during tornado, will have to experience shock state in reality.

If you found shelter from tornado in a dream , but this does not save you, this means that in reality you will have to make a decision and take some decisive action. If you see in a dream that a tornado lifts you up and carries you, then in reality you expose yourself to unjustified risk.

If you dream that a tornado overtakes someone close to you, this indicates a passionate love that they carefully hide.

A dream about a roar of a tornado, according to the dream book, means that you will have a long and painful waiting. And this expectation will be replaced by desperate and useless attempts to stop the collapse of everything. A howl of tornado in a dream signals that the dreamer will experience disappointment due to the actions of another person, but will not be able to correct the situation.

If you dreamed that you were in a tornado, this is a warning that you need to be more careful. You are currently too keen on your passions, think little about the consequences. Such frivolity is unforgivable and can lead to the most sad consequences, the Dreambook for Women thinks.

If you dreamed that tornado destroyed your home, this plot suggests that in the future you will need to adjust your lifestyle, you may have to change your place of residence or work. The dreams of tornado consequences indicate that trouble will happen, but it will not affect you. 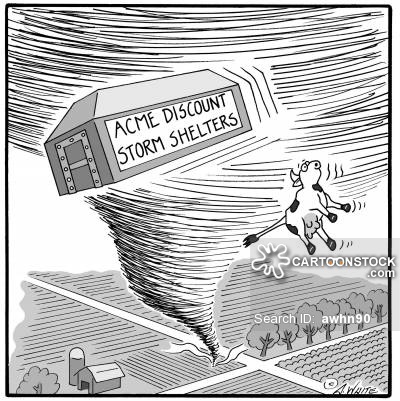 Seeing the consequences of a whirlwind: such a dream warns that you will soon pay cruelly for not wanting to help when you were asked for it, Longo's dreambook thinks. Getting into a tornado in a dream means you will have to experience a dizzying love passion.

The dreamer who happened to be in the eye of the storm, in reality, goes crazy with passion. Sometimes the dream means it's time to pull yoursel together and make an important decision.

If the hurricane is approaching you, you need to calm down in real life, pull yourself together and not show anyone your weakness and fatigue. And after a while the forces will return to you again.

If a person sees in a dream that the tornado threatens his family, this means he feels helpless and worthless in reality. Also, a dream may mean that a person from close environment has a secret passion for the dreamer.

To prevent a tornado in a dream means you will have some very valuable mission or secret. And it is possible that an expensive item or package will be entrusted to you for storage.

If you run away from a tornado in a dream, you will encounter a difficult situation and it will require immediate resolution. This dream says that you do not need to pull the entire solution to the problem on yourself; you need to ask for help.

A dream in which your loved ones suffered from a tornado warns that you need to be more relaxed about everyday difficulties and troubles. If you see how a tornado destroys something, this means you should be careful in real life, you may be in danger of a disaster.

If a person observes how a tornado is formed from air currents, then in reality there is a high probability of the death of someone from people close to him. The feeling of fear during the formation of an air funnel is a reflection of the real worries and vicissitudes of the dreamer. If a person sees that a thunderstorm is starting, lightnings begin to sparkle, this means that in reality he opens a new page in life, changes his worldview, and finds spiritual harmony.

If the tornado passes by in a dream, this means you need to be careful in real life, as there are hidden dangers. According to Miller’s interpretation, the dream of tornado suggests that you had some plans; you hoped that they would give a long-awaited result, but your hopes did not come true. And this tornado symbolizes the abyss of despair, into which you have plunged yourself, grief, suffering from unfulfilled hopes.

Sonan's dream book thinks that you are simply obsessed with some kind of dream, an idea, it does not go out of your head, and you spend all your strength on its realization. By all means, you seek to achieve its execution.

According to Children dreambook, a dream about tornado - means that a superior force, which will be very difficult to fight, will invade your life. Someone will influence your fate in a radical and violent way. You should be more attentive to the remarks of the elders and try to keep your mouth shut. The dream about tornado also means you will have to reckon with the opinions of others.

The interpretation of such a dream is determined by how the tornado looked from behind the window. If you dreamed of an ordinary hurricane, then people close to the dreamer may run into trouble. And if the dreamer does not begin to act promptly, troubles will affect him.

If several air funnels are seen from the window, this means a conflict is heating up around the dreamer. To extinguish a conflict, you must remain calm. A person who sees a fire funnel behind the window in a dream, seeks to live brightly and violently in reality. In his life there are many love adventures and frivolous acts, but sooner or later this will lead to disappointment. If it is a water funnel, the trouble will be a consequence of the dreamer's indefatigability and gambling nature.

If a tornado funnel sucks someone close to you, this means this person will be in a hopeless situation in reality. If a tornado captured your beloved, it is likely that the chosen one has a secret passion for someone.

The dream in which the funnel sucks and destroys the house, property, dreamer’s car warns that in real life a nuisance could happen to this property. For example, if a tornado carries away a car, then in reality there is a high probability of an accident involving this car.

It happens that a tornado appears in a dream of a pregnant woman. In this case, the dream plot warns of premature birth. A child born is likely to be male.

A tornado seen at the background of buildings predicts hard work. If a dreamer watches a building collapse under the pressure of a hurricane, this means that in reality he will feel discomfort due to the courtship of a persistent and dishonorable admirer. Hiding from tornado in the building in a dream - means painfully coping with obstacles in reality. If the dreamer notices that the hurricane over the city becomes quieter, this means you should not worry too much because of fictional problems.

A dreamer observing a tornado over the sea, is tormented by doubts in reality, cannot find the right solution. To see a storm subsiding over the water - means to find the best way out of the situation, to extinguish the developing conflict. If a rainbow appeared over the sea after tornado portends successful combination of circumstances, a favorable end to an important endeavor.

If a person manages to see the tornado in detail in a dream, this means he is mentally prepared for sharp development of events in reality. A dream in which people affected by tornado appear means that the dreamer cares too much about the needs of others.

To dream about tornado from Wednesday to Thursday - means to need someone's help. If you dream of a tornado from Thursday to Friday, this means you will have financial difficulties soon. If you see a tornado from Friday to Saturday in your dream, this indicates that you need to show patience and endurance.

What it the brief meaning of a storm seen in a dream? This image predicts negative changes and serious loss. If you happened to be in the eye of the storm, this image in a dream means coming problems to cope with which you will have to ask for help.

According to Miller, clear blue water during a hurricane - means making the right decision, which will lead you to success; water that is dirty and muddy from sand indicates the need to be careful.

Miller thinks that if storm was seen by a virgin, this plot predicts a young lady meeting with her future groom. If it was seen by a married woman, it may indicate a new admirer.

According to Freud, a storm in a dream is a symbol of fear and anxiety. Swimming in a storm in winter – means to achieve the desired result. Standing with your head under water during a hurricane – indicates the need to reconcile your loved ones.

According to the Chinese dream book, a strong storm is seen in a dream as a symbol of accumulated aggression.

According to the Muslim dream book, such a dream portends changes in personal life. According to the Islamic Dream Book, if the storm is often seen in a dream, this means the betrayal of friends awaits you in reality.

The meaning of dreaming about storm depends on a number of details.

Depending on what you were doing during the storm in your dream:

Depending on where the dreamer saw the storm:

Depending on what kind of storm you saw in a dream:

Depending on what else you saw together with a storm:

If a pregnant woman dreamed about storm, this is a sign of difficult labor. A young girl dreaming about storm may expect a passionate romance. A storm seen by a woman predicts disappointment.

Top-5 negative meanings of a storm in a dream:

Top-5 positive interpretations of dreaming about a storm:

You create enthusiasm around you.